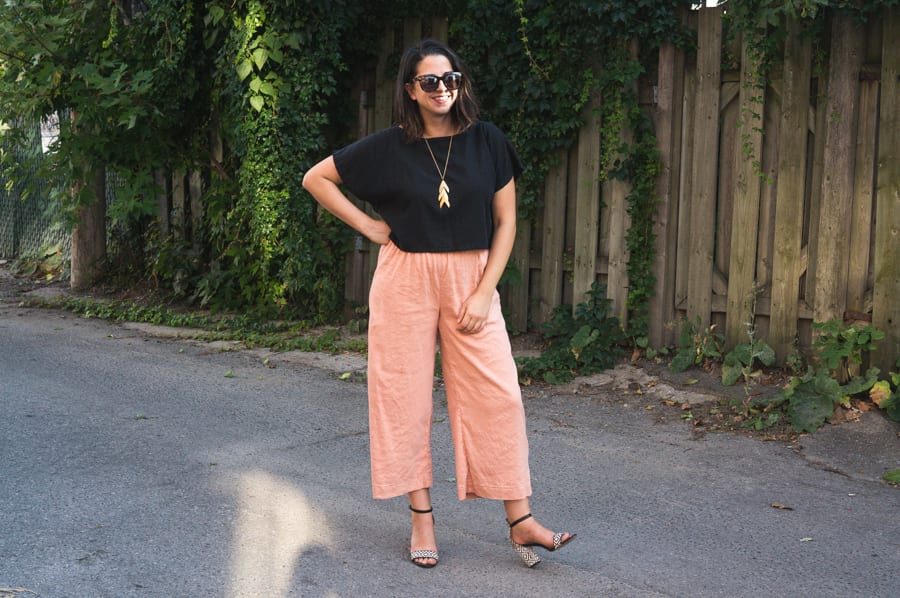 I’m still trying to get all the garments I made this year photographed before the cold sets in here in Montreal. Thankfully we got some pictures of these simple but awesome linen pants while it was still warm out.

I’m pretty obsessed with the cropped, wide leg pant trend happening right now; it looks great on everyone and it’s a welcome alternative to the skinny legs I’m generally wearing. I decided I needed an elastic waisted version of this silhouette after spending a weekend with Kelly and pining over her easy, slouchy wardrobe. She made some similar pants in an oatmeal linen and they just looked so damn comfortable. I used to think elastic waists were an “I give up” clothing gesture, but I’ve since come around to their charms. There is something very appealing about not having anything dig into you all day long. 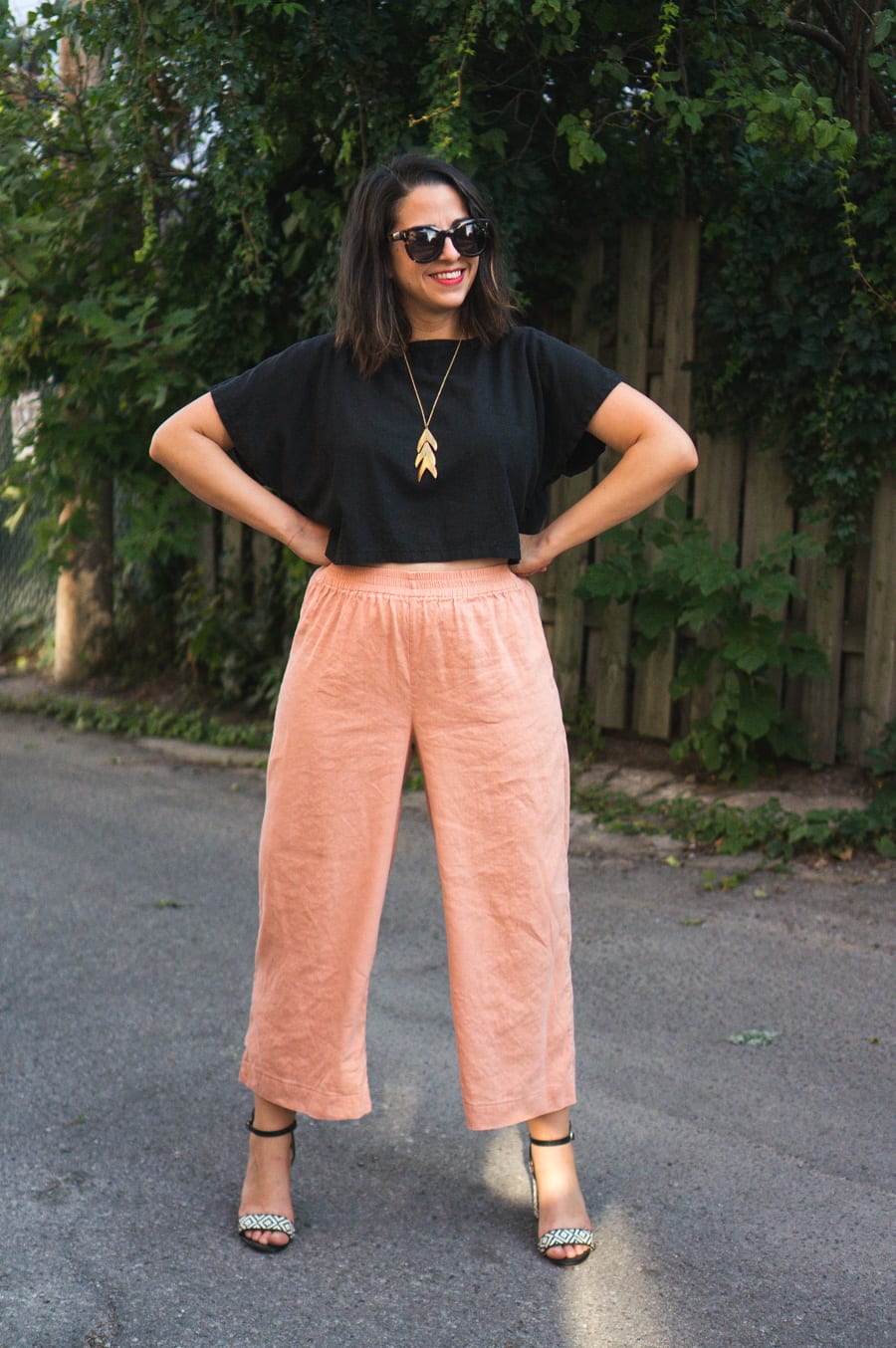 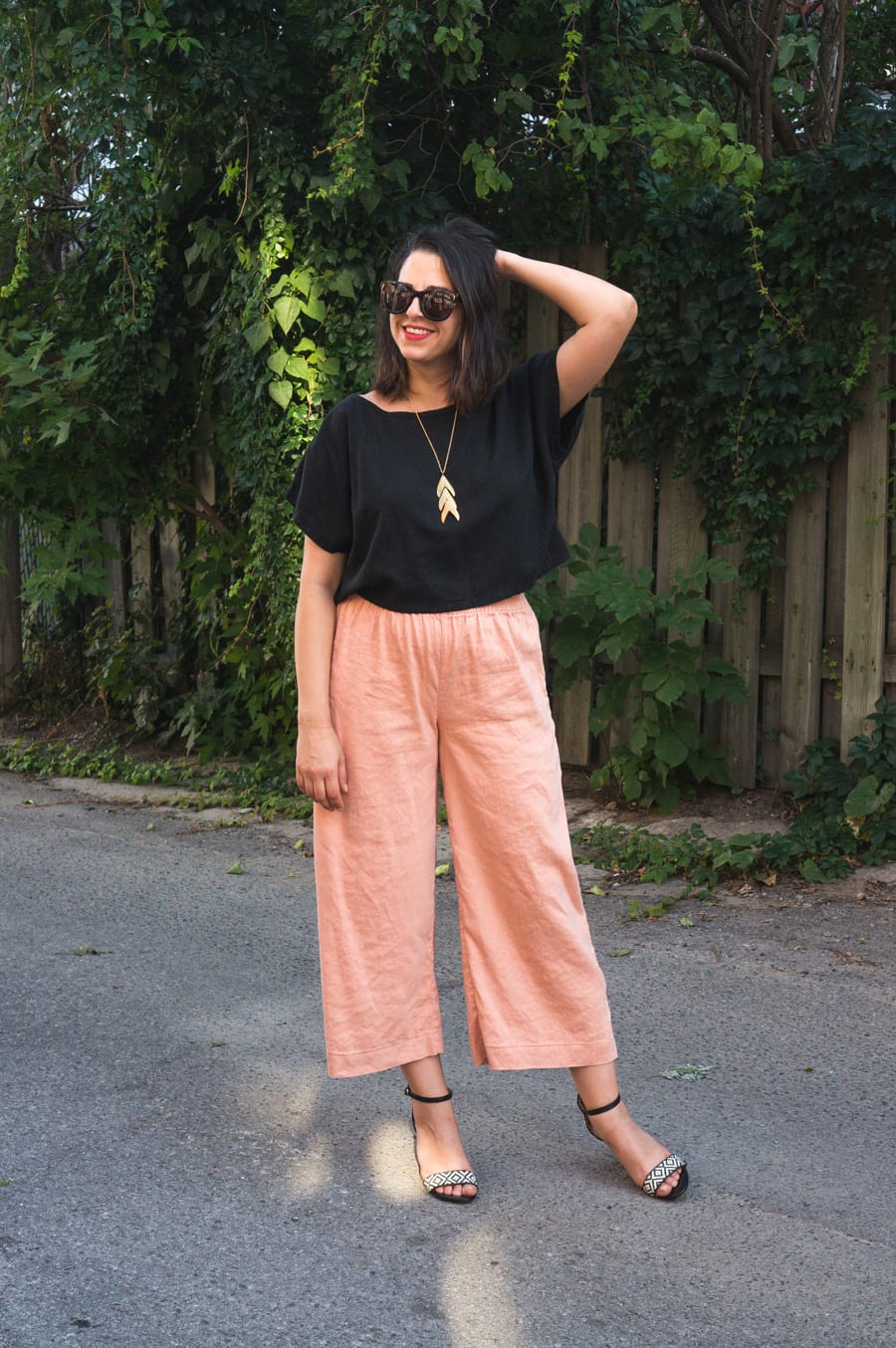 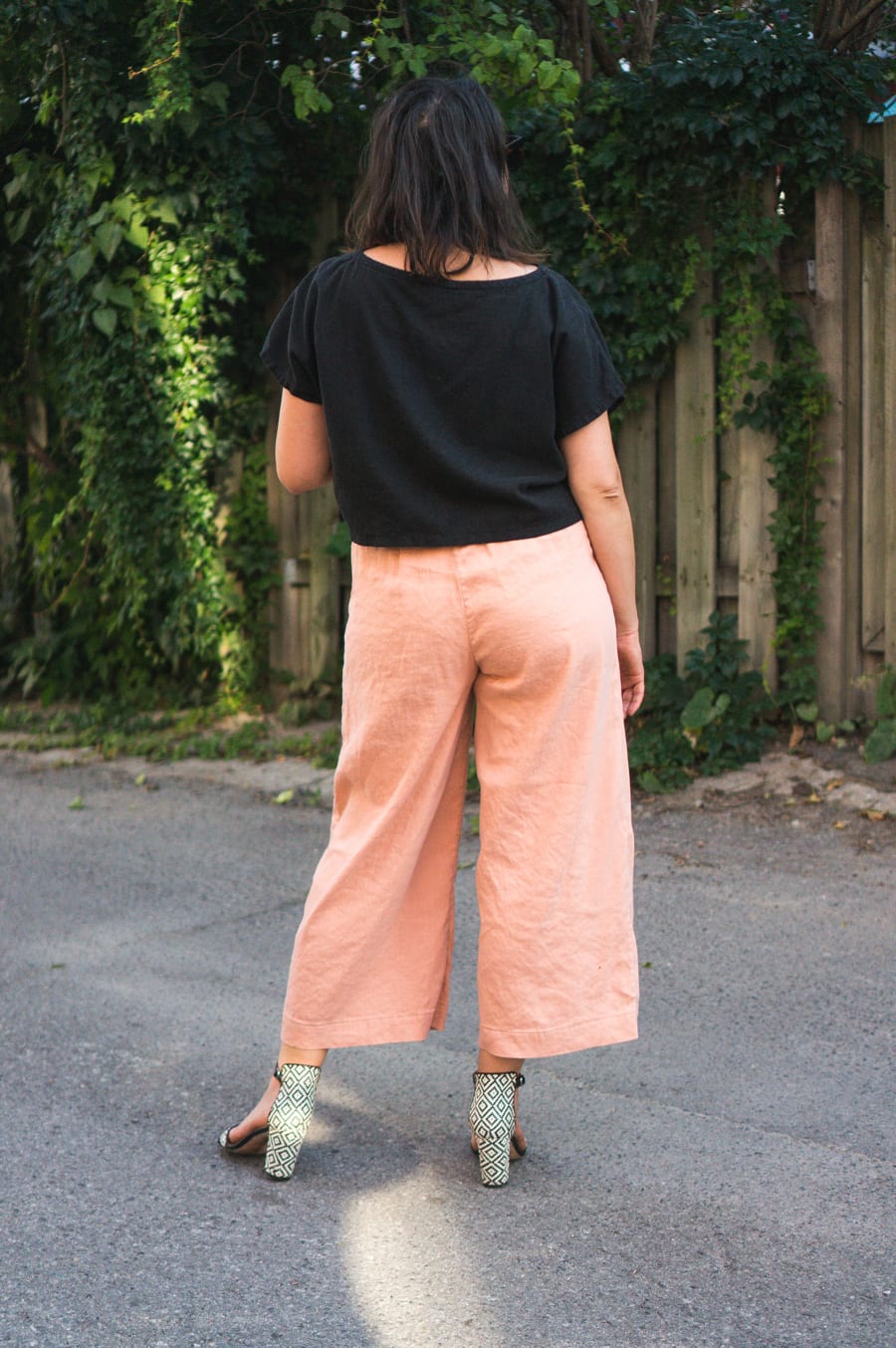 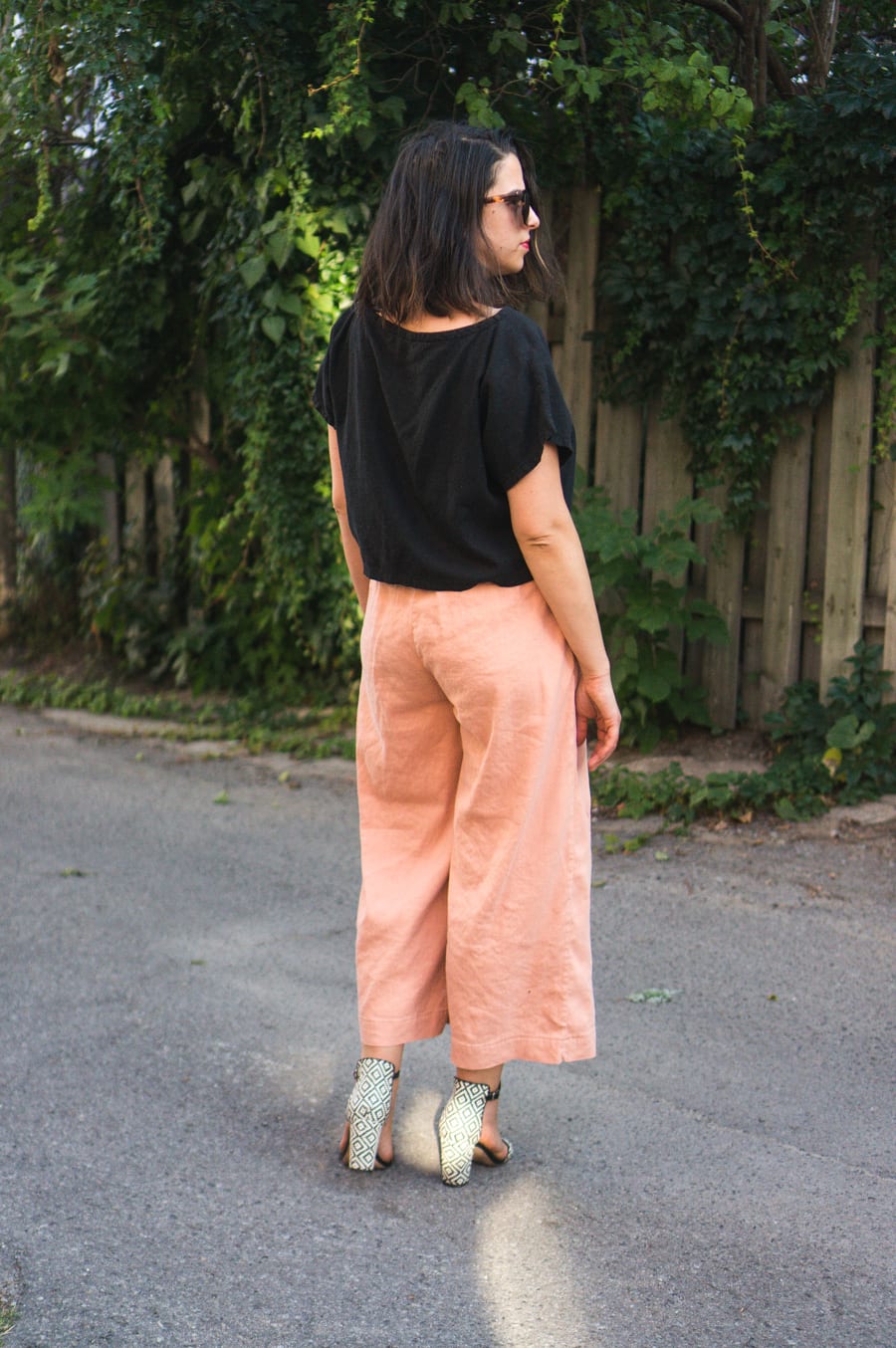 Isn’t the colour of this linen amazing? I found it in San Francisco and got the last of the bolt. It has a little lycra in it so it’s especially forgiving in pant form. The pattern is self-drafted; one of my personal sewing goals this year is to start tweaking my blocks when I have a specific design in mind. When I want an instant gratification project I often use existing patterns, but it’s often quicker and easier to just draft it myself.

I meant to include some inseam pockets but I ended up screwing them up, so I just sewed up the side seams for the time being. It’s more of a wearable muslin so I’ll make sure to add them for my next pair, since I deeply regretted not having pockets every time I wore these. Which was all the time. These are the pants happy tummy dreams are made of. 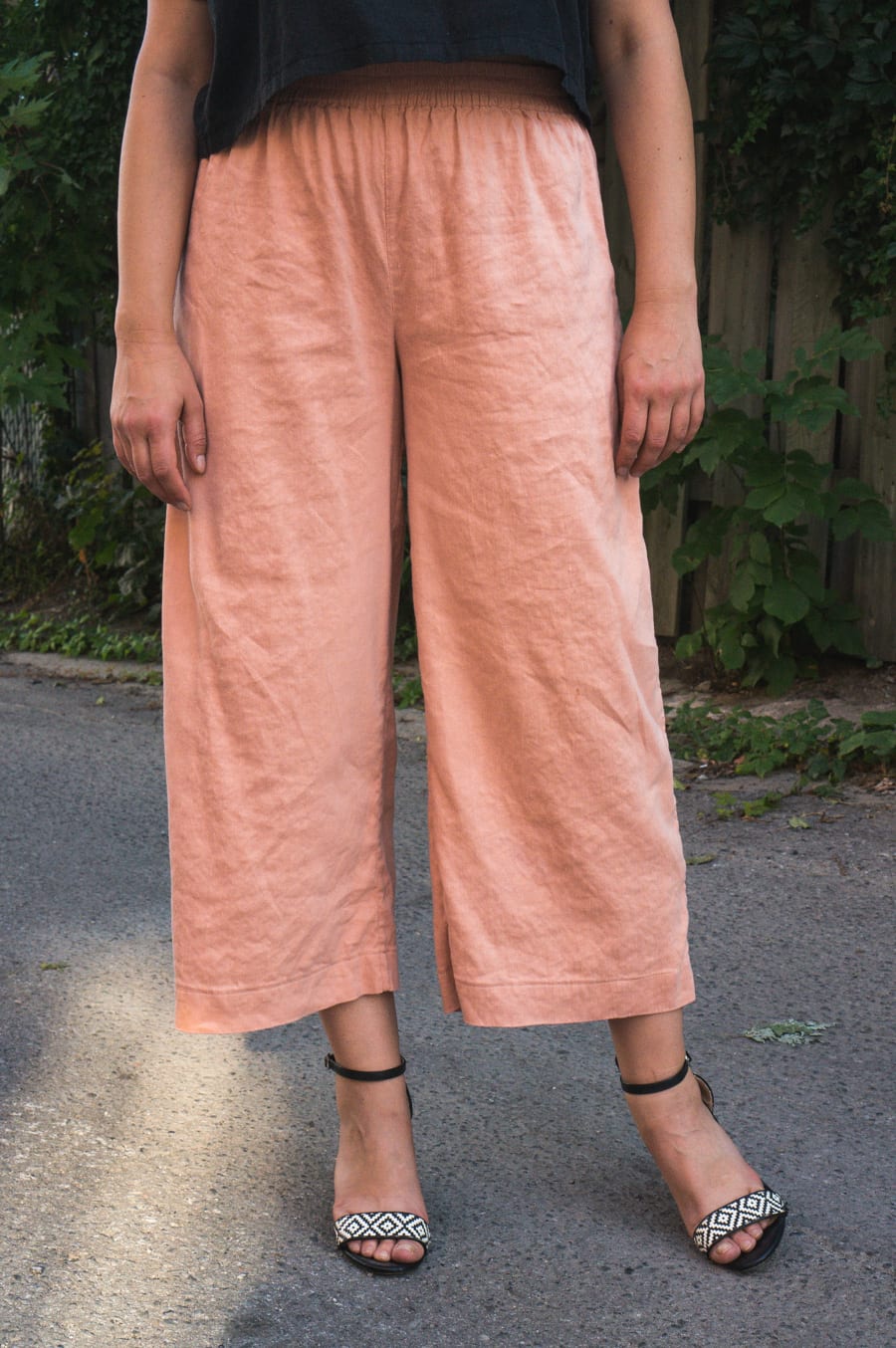 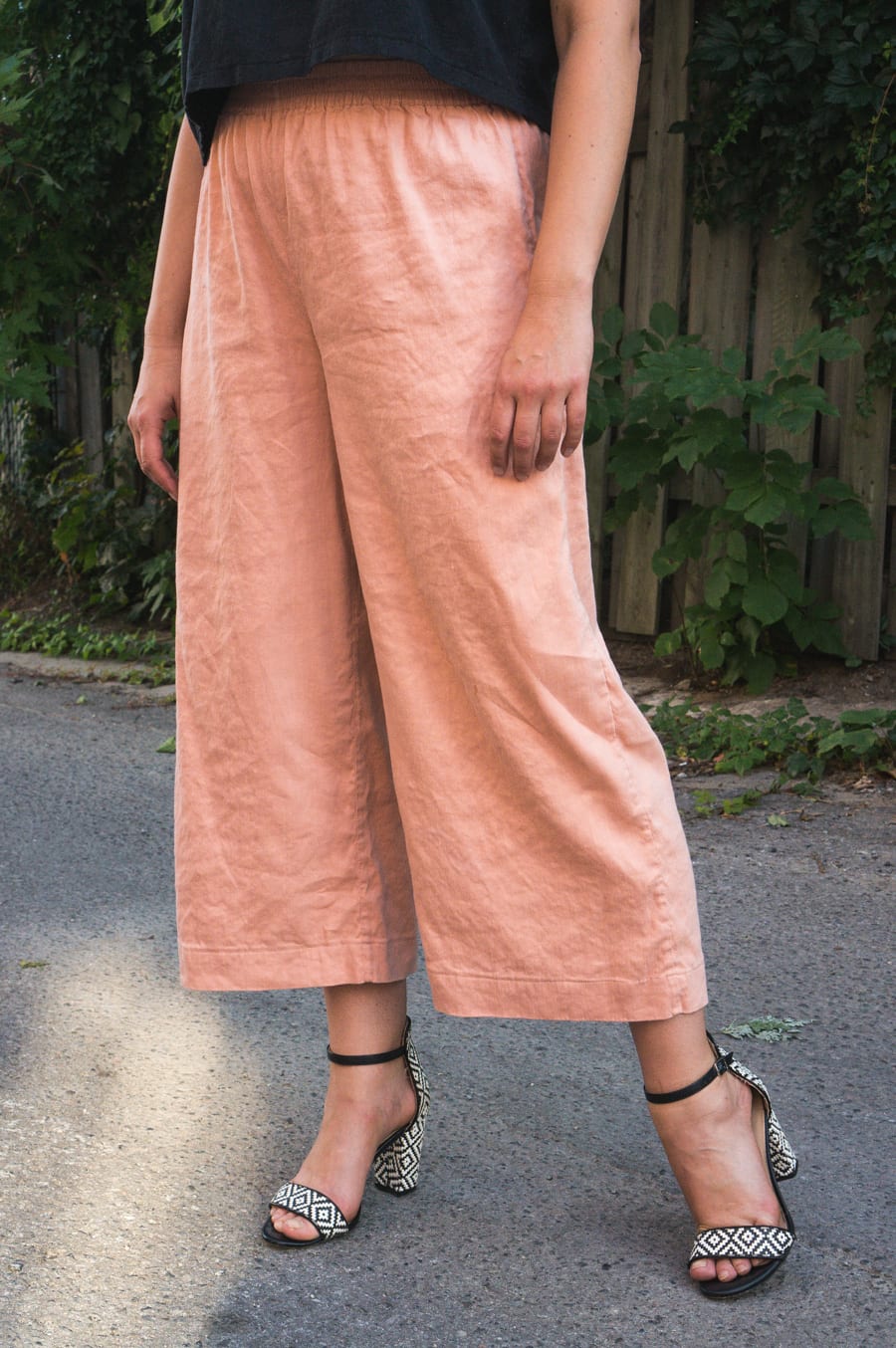 I wore these non-stop this summer with cropped t-shirts – the rise is sort of an awkward length so proportionately they needed something shorter on top to balance them out. I think I’ll add an inch or so to the rise of the next pair. Here I’m wearing them with a super simple linen top I made last year – linen on linen goodness. 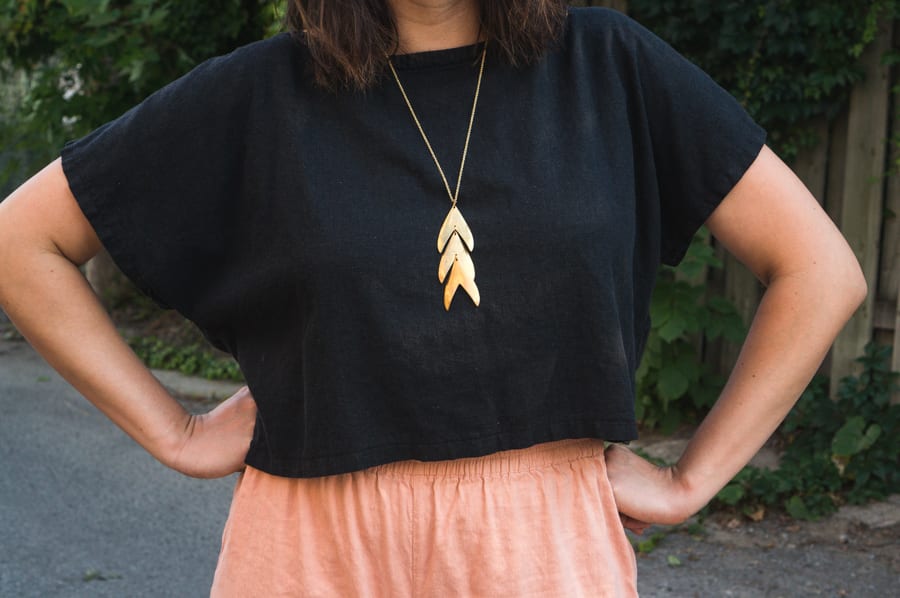 These will be packed away until next summer since its already cooling down a lot here (I am still in denial and refuse to pull out my duvet just yet). I had plans to make a bunch of Lander pants this fall to feed my cropped pants addiction but now I’m wondering if I can rock an exposed ankle for that much longer.

Where do you stand on the cropped pants trend? An April-November romance or can it be achieved all winter long with the right socks?