I‘m not the tattoo type (too commitment phobic and paranoid about being accidentally frozen in an iceberg and later studied by future generations) BUT,  if I was, I would get a little 5/8″ seam ruler stamped on my index finger, and then somewhere I’d look everyday and be reminded, some cursive script saying “If it works, work it”. Because sometimes you need to be reminded that you don’t need to reinvent the wheel when it’s turning just fine on it’s own.

What was working for me this summer was the black Inari dress I wore so much it’s already starting to fade. What was also working for me was linen, which I bought even more of during an impulse Michael Levine shopping spree. By my logic, if it ain’t broke, make more of them. 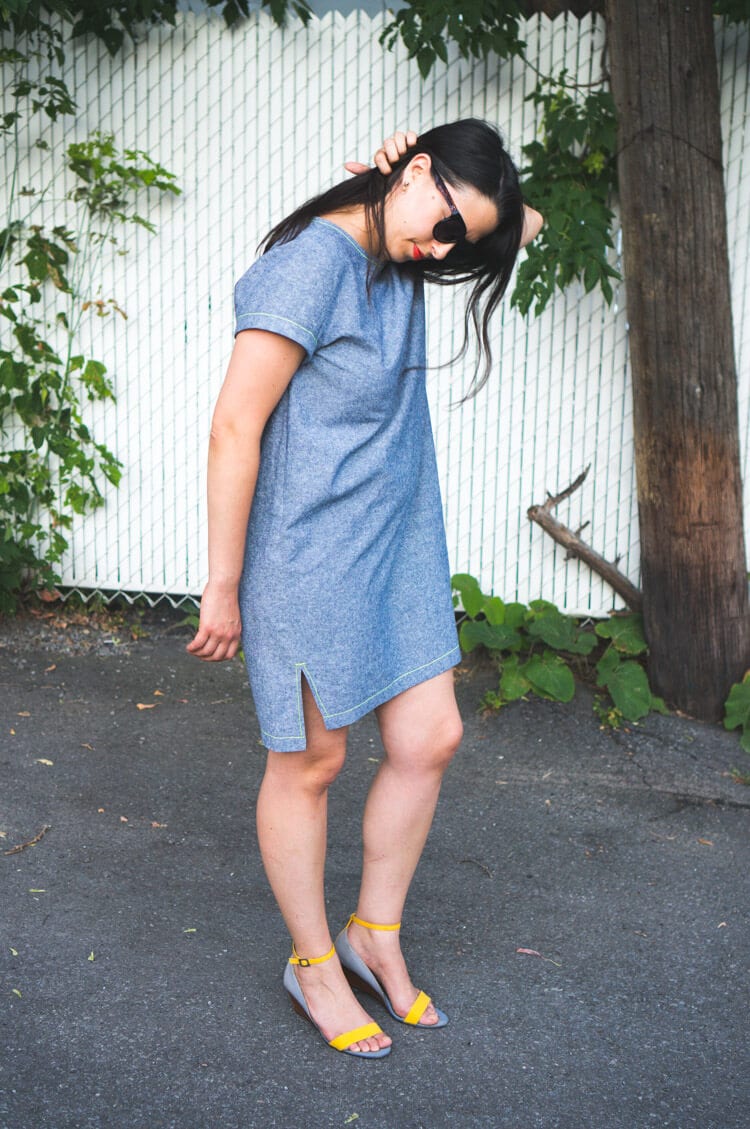 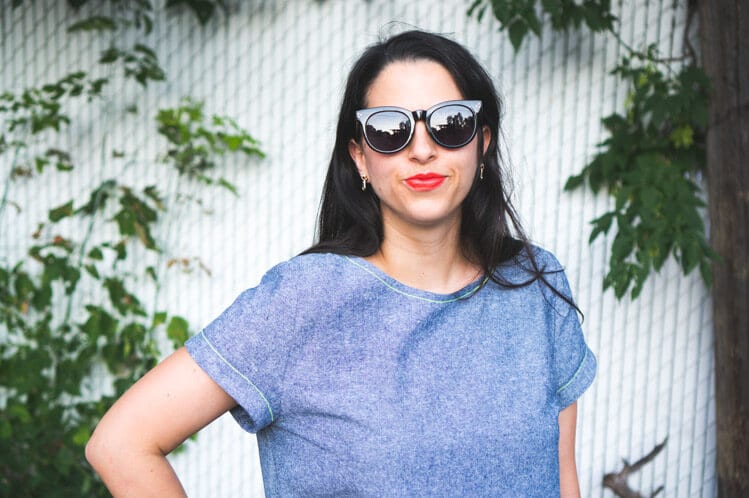 The Inari Tee is definitely becoming a TNT pattern. I really just love how easy the shape is, with enough sly, sophisticated detail to make it feel a little more special than your average shift dress. I’ll be whipping up the crop top variation before summer is completely over, believe you me, and I may even get brave and dip into my psychedelic Vlisco wax print stash for something that borders on “whoooooaaaaa!!!!!” Or perhaps a Keanu “whoa?”

I’ve never shopped at Michael Levine before, but I had fallen in love with this sweater knit because of Dandelion Drift, so figured I’d dip more than a toe into the pool. I was curious about the Essex cotton/linen blend, so I got a few yards of this denim colorway. It’s got a lot more body than the black linen I had used for my previous make, but as a result it holds it’s shape really well, making the cocoon shape of the pattern more pronounced, and obviously not wrinkling quite as much as 100% linen. 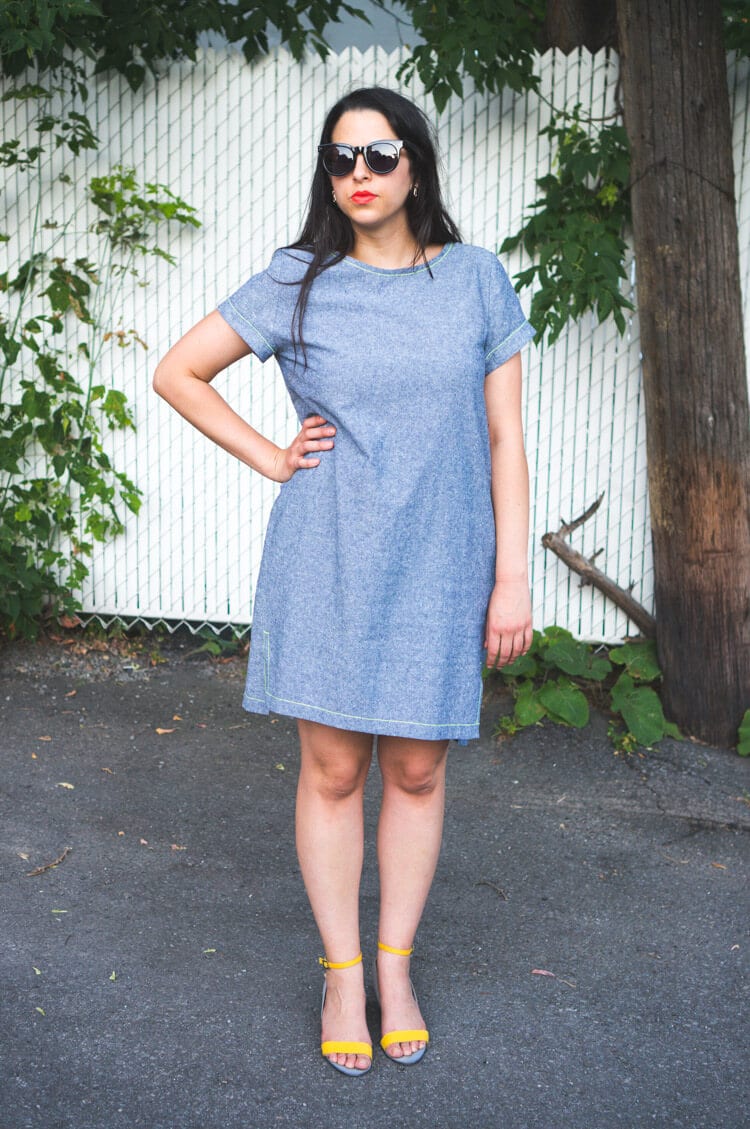 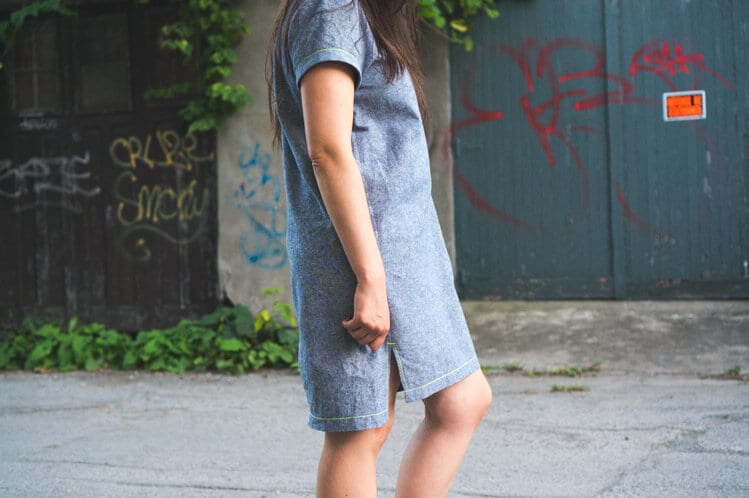 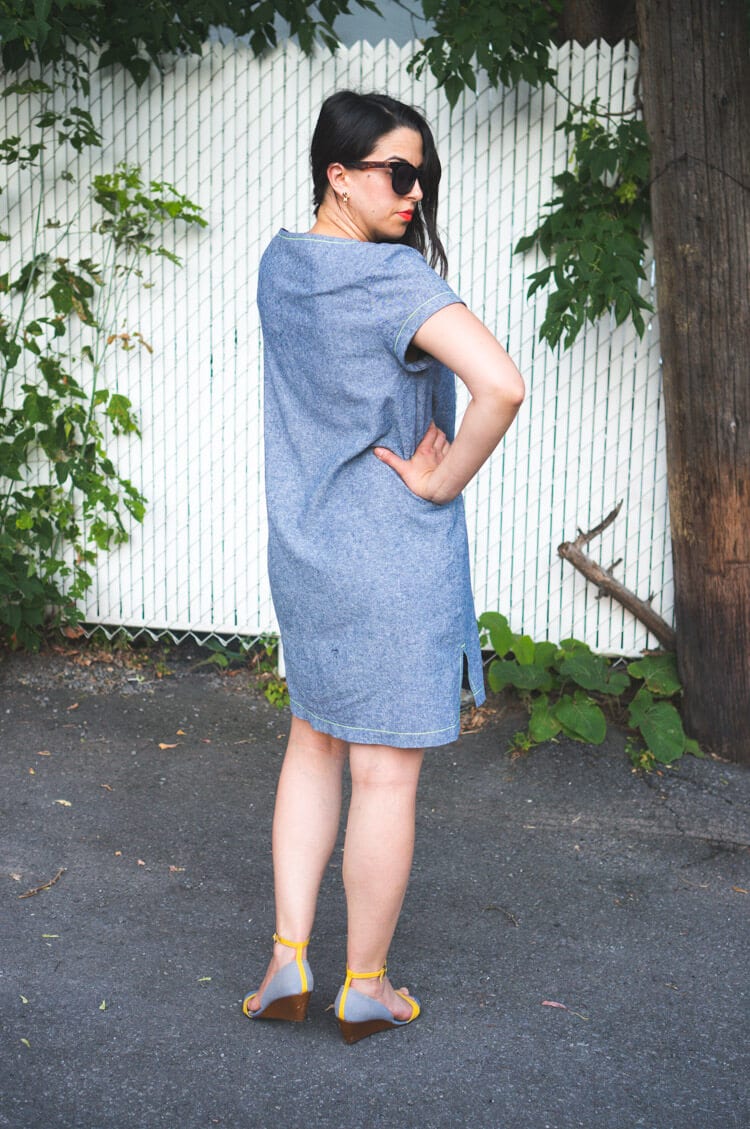 I wanted to sass this project up a little with some contrast topstitching and was wooed by a good deal on neon serger thread at my notions shop. A single stitch wasn’t very impactful, so for the first time ever (I know, I know) I experimented with my machine’s triple stitch. Basically this just makes a regular straight stitch but sews each one three times, creating a much denser line of stitching. The yellow popped a lot more and gives the simple shape a little more something-something.

ps. If you’re making jeans and having trouble using topsticthing thread, try regular thread with a triple stitch! It takes a little longer to sew but mimics the look and provides more reliable tension.

Otherwise, construction was pretty simple. I did a bias neckline using some storebought stuff in my stash, topstitched the cuffs rather than slipstitching them in place, and added a bar tack at the top of the leg slit to provide a little reinforcement. 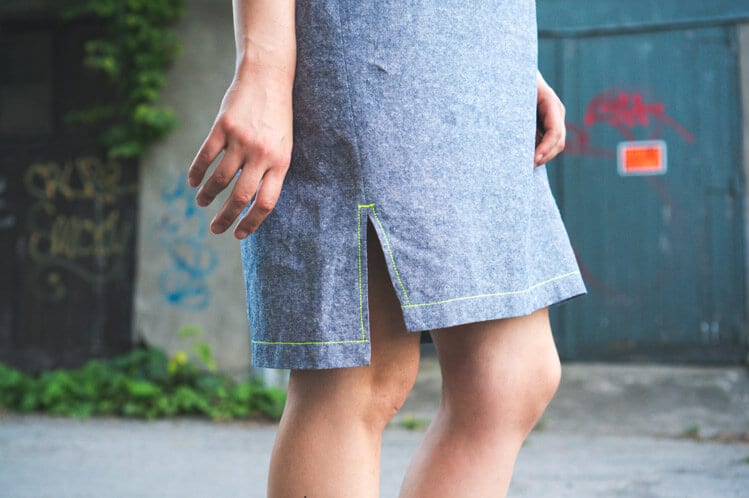 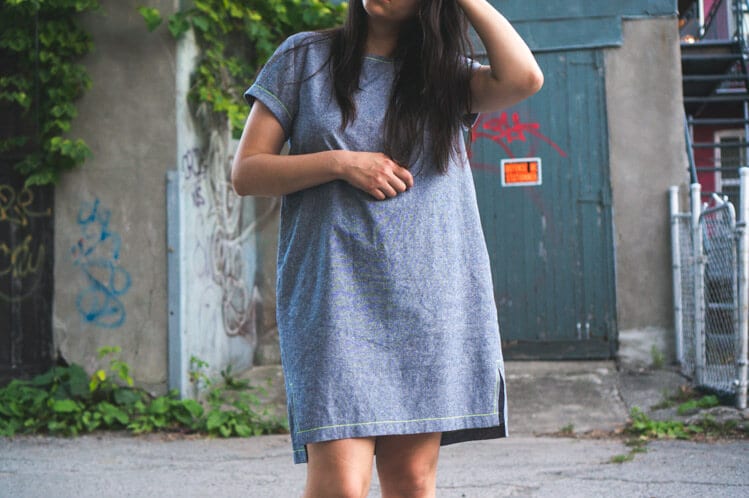 Also, you may have noticed my new shades. I have a bad cheap sunglass collecting habit, but realized this year I rather desperately needed prescription sunnies since I rarely wear my contacts. While I had a my eye on a few pairs at Warby Parker (these ones in particular), I was super happy to discover that Firmoo started carrying cool frames this summer. I bought my last pair of eyeglasses with them and the prices are so good you kind of want to paintball your optometrist’s office with their 1000% markup. I ended up getting these ones with prescription lenses for under $50 and I am super happy with the quality, in case you’re in the market. 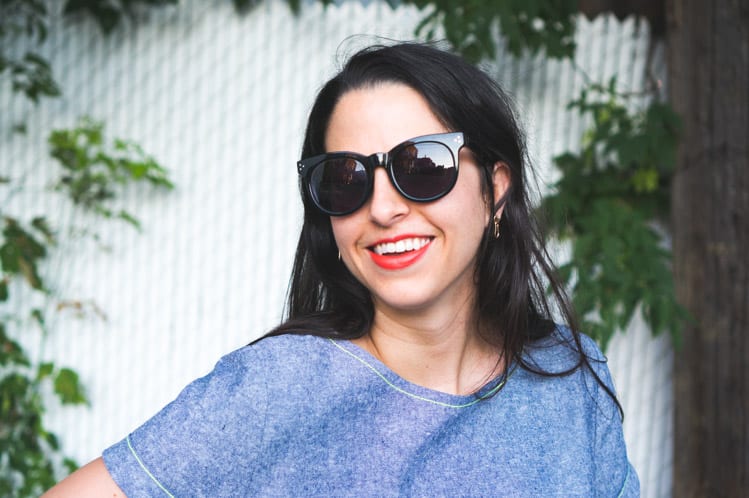 Have you discovered a new TNT pattern this summer? Would you be willing to give neon topstitching a try? All ears over here.