Pattern Adjustments for the Charlie Caftan 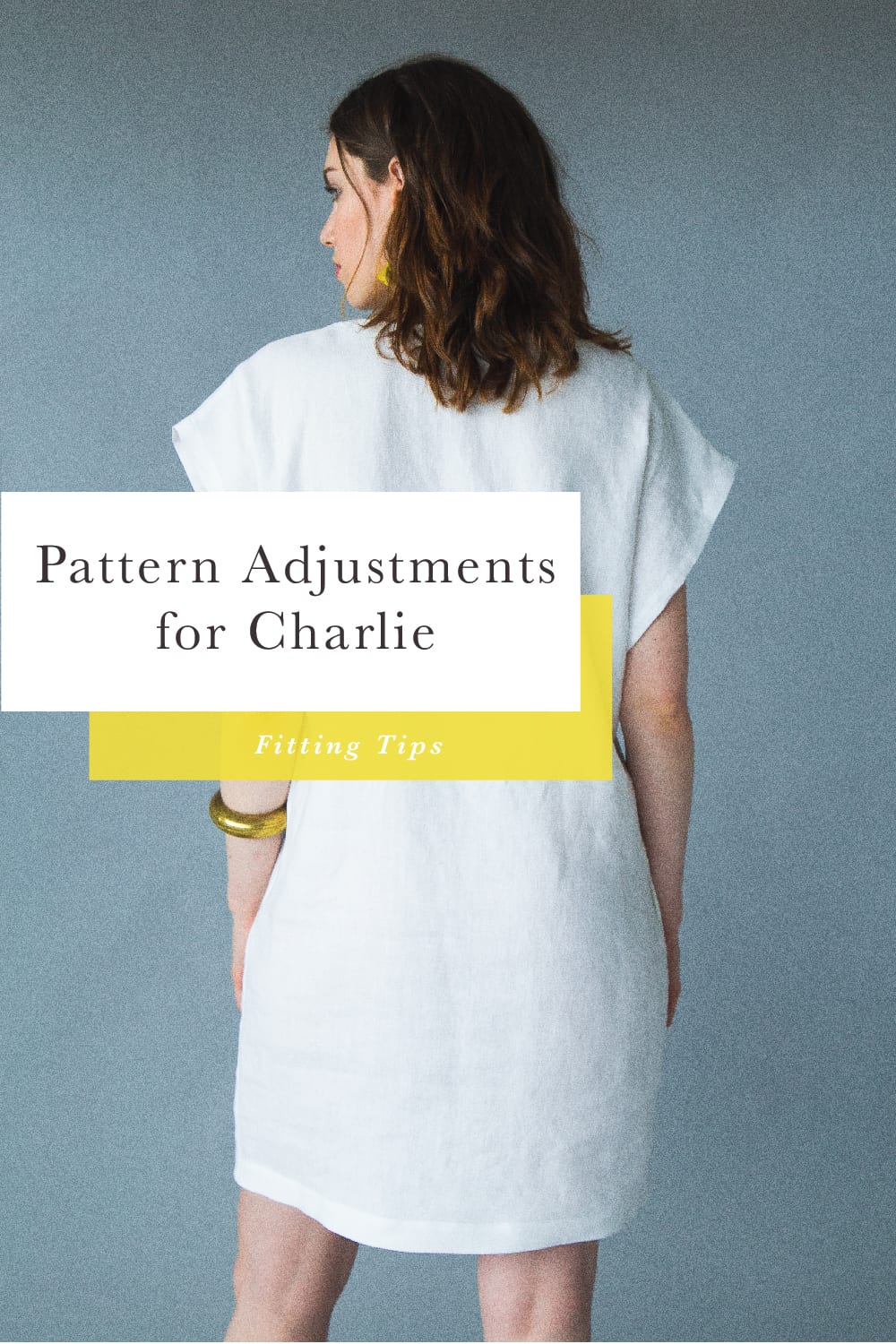 Generally we would have written a post on pattern adjustments a little earlier, but since we bumped up the tutorial for sewing the center panel for our Charlie Caftan, you can now enjoy this post slightly out of sync.

Being a loosely fitting dress, Charlie is pretty easy to fit. The most likely adjustment you’ll have to make is a full bust adjustment. If you have a larger bust and don’t adjust the pattern, the center panel will sit higher on your chest than intended. You can either make a similar FBA to the one I explained for our Kalle shirtdress (it is exactly the same process), or you can cheat and move the panel down a little. One of my testers did that with good results, but I wouldn’t suggest this if you have a very large bust since you might get some gaping along the arm opening.

Since this isn’t a pattern that requires too much fitting, I thought it might be fun to talk about adjustments you can make for aesthetic rather than fitting reasons.

MOVING CENTER PANEL UP OR DOWN

If you’d like to tweak the location of the center panel (either for the cheating FBA I mentioned above, or for more of an empire waisted look like this glorious Charlie), all you’ll need to do is trace the panel opening and its associated circle markings and then shift up or down as desired (the pink lines show the traced lines, the black lines are the original). 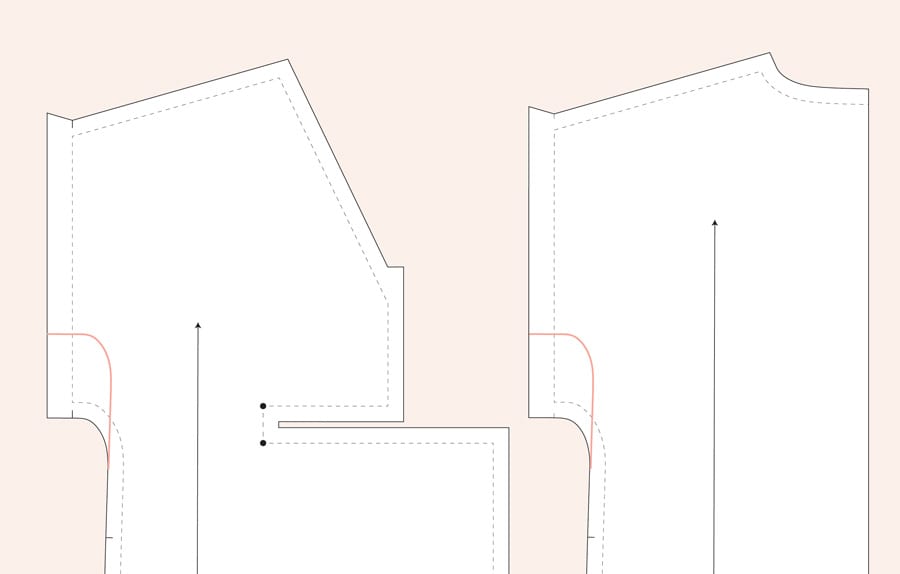 We’ve provided you with two arm openings on the pattern, but if you’d like to create an even smaller opening, simply trace the curve of the sleeve and shift up to your desired location. 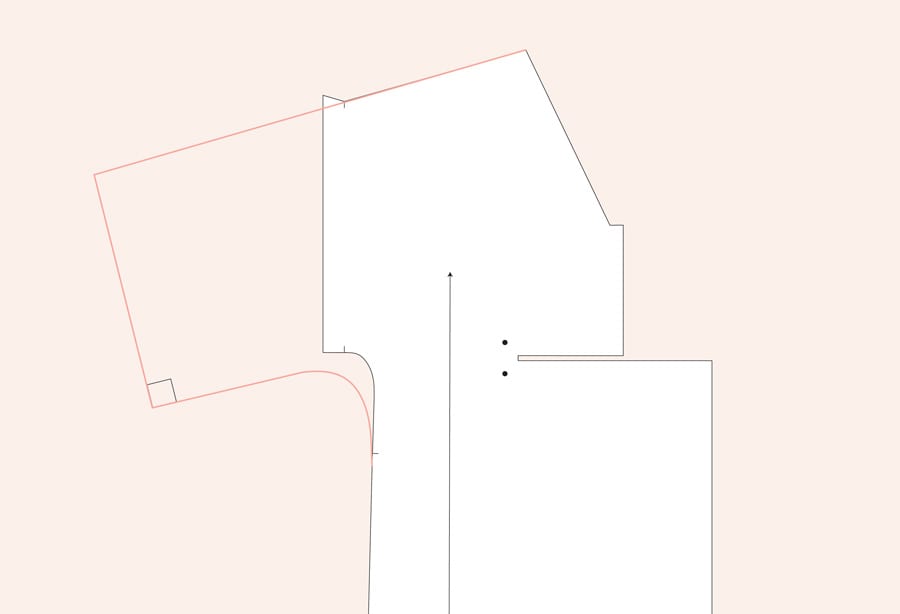 In some of the earlier iterations of this pattern, we experimented with adding longer sleeves. In the end we went with the shorter kimono style included in the pattern, but if you’d like to add fabric here for modestly or sun protection, it’s fairly simple. Extend the the shoulder seam the desired amount, and draw a parallel line at or just below the existing opening. Join those two lines at ninety degrees at your desired length, and use a gentle curve to connect your newly drafted sleeve to the bodice. 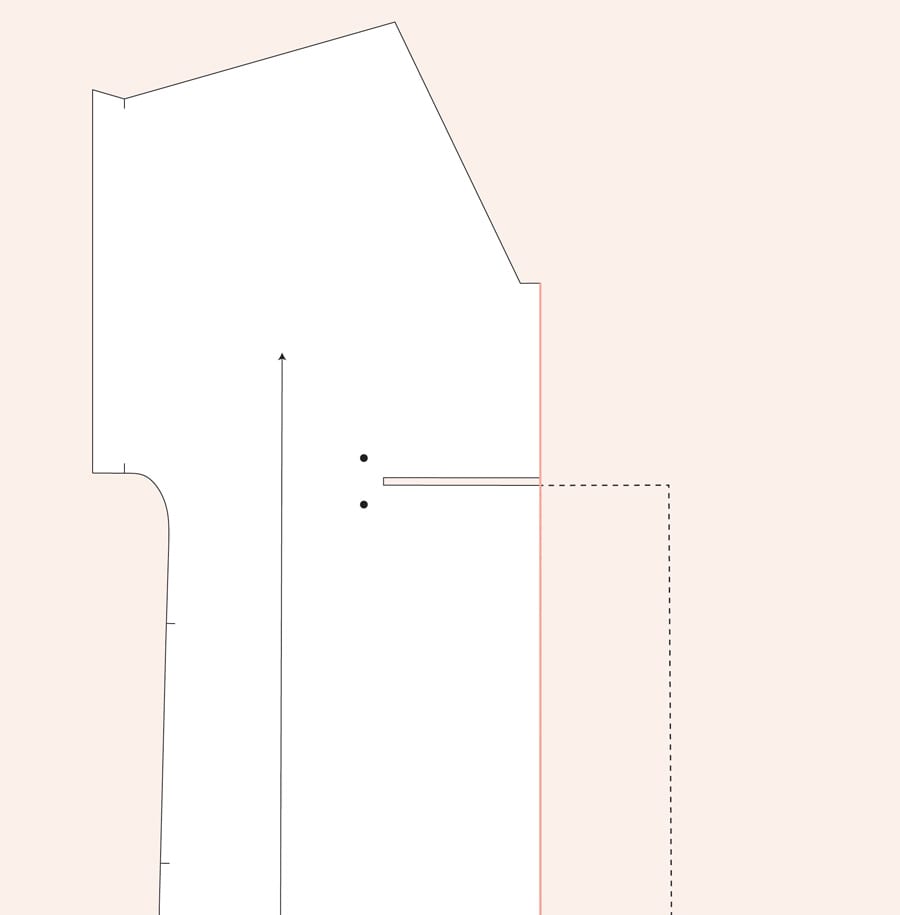 If you want a super clean and minimal caftan, you might consider eliminating the center panel and gathers entirely. Simply extend the center front line at the bust down to the hem, cutting off the excess. Fill in the center panel with a bit of paper and you’re good to go! 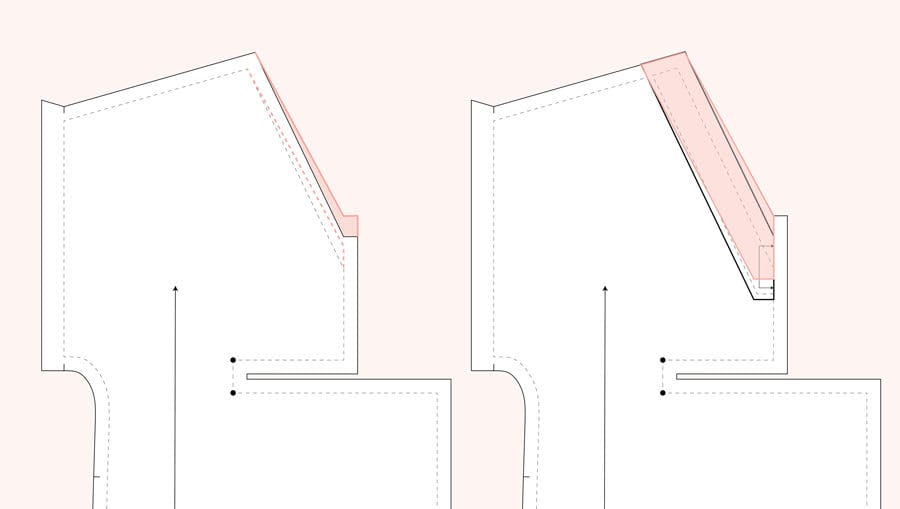 If you want to raise the V neckline, start by drawing in your seam allowances on the dress front. Draw a straight line up from the original point the desired amount, and connect to shoulder point (see the dotted line on the left side of the above image). Once that’s drawn in, draw your new seam allowances. We like to square off the top of the center front seam allowance because it’s easier to sew rather than having a super angled seam at the top.

Once you have your new neckline, trace a new facing piece as indicated on the right side of the above image, keeping the same width of the original facing. Just keep in mind that the facing is cut on the fold, so you won’t have a seam allowance along center front. 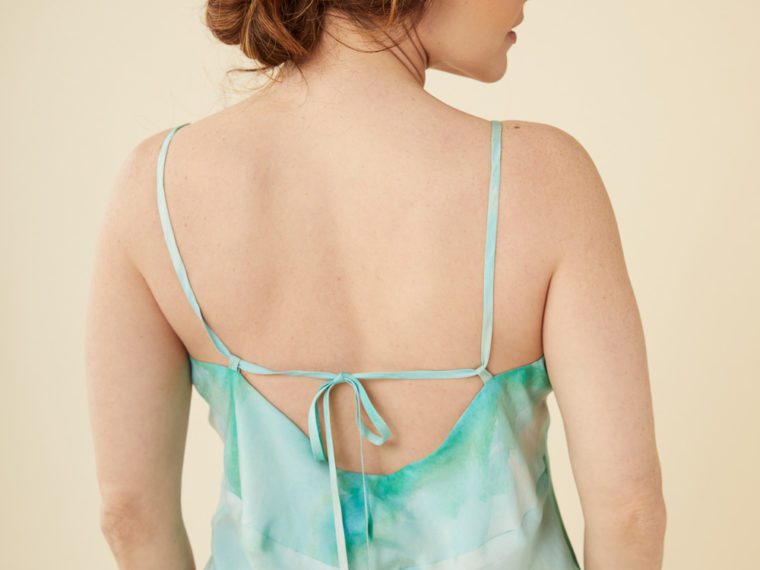 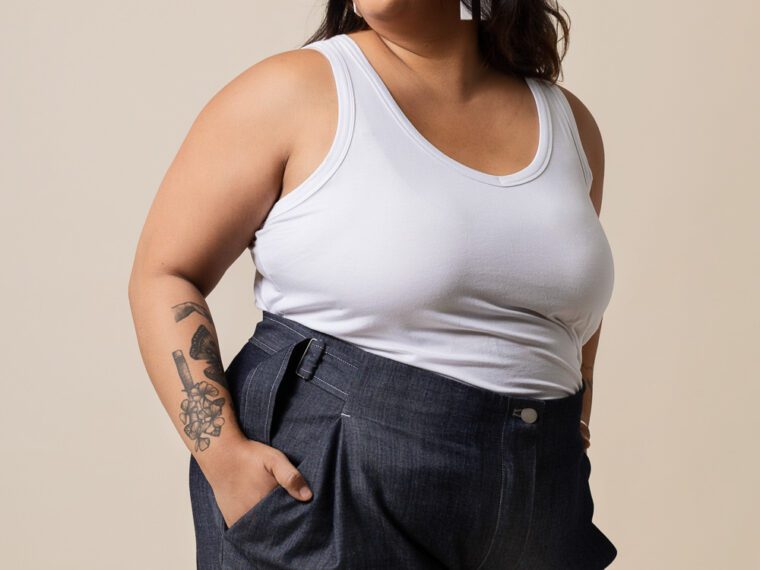 Choosing a Size and Grading for our Mitchell Trousers