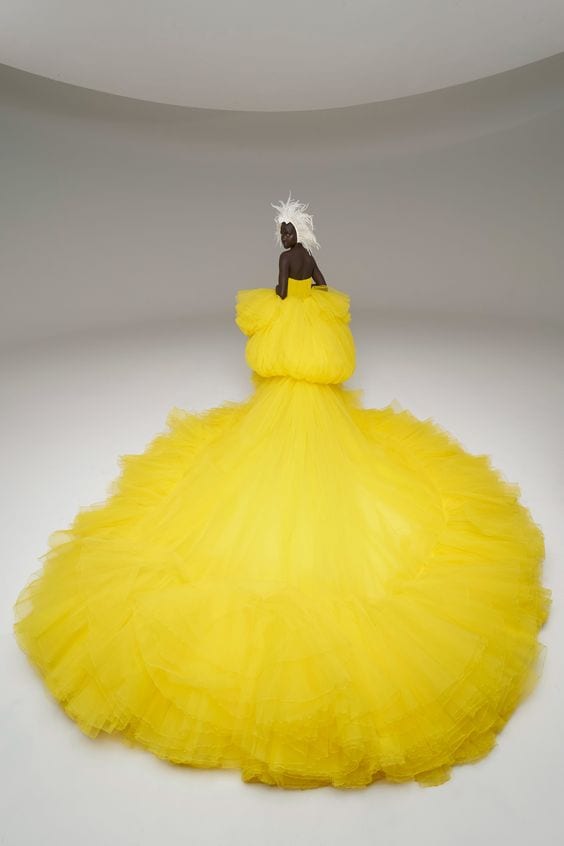 We have been talking a lot about couture sewing on the blog of late. Inspired by a workshop and trip to Paris with Susan Khalje this past fall, Heather has been exploring the concept of applying couture sewing techniques to RTW patterns. We have covered what constitutes a couture garment, hand sewing techniques and more, but today we are looking up to the highest of couture heights: HAUTE COUTURE. Which literally means High Fashion.

The end of January always brings us couture fashion week in Paris. Just when we’re in the absolute depths of winter and getting really sick of all our black & boring outerwear, images start trickling in from the runway. I went through all the Haute Couture houses to pull out some trends and found some fun through-lines to spark our collective consciousness and creativity.

The definition of Haute Couture and the fashion houses that are considered under this definition are very strict.

There are obviously many more fashion designers who show at fashion week in Paris and other cities but their work would be considered Ready to Wear (or Pret-a-Porter) rather than Haute Couture. There are really only a handful of houses that fall under this definition. There are other hallmarks of haute couture as well, the most obvious one being the workmanship. These garments would be draped, sewn and finished entirely by hand. The beading and finishing would most likely be completed in the atelier by a team of craftspeople specialized at those embellishments. There is also a huge emphasis on materials production. Beyond using special fabrics, the most influential houses focus on fabric creation. Particularly of late, we are seeing a focus on sustainability and upcycling. Not to be left behind, a lot of these designers are putting their waste to use, creating textiles out of old ones and something all home sewists can relate to: scrap busting! Which brings me to my first trend…

Anna Wintour, the long time editor-in-chief at Vogue is no longer wearing fur. She held out for a lot longer than most in the industry and she has been attacked repeatedly by PETA activists at various points in her career. This summer she wore a faux fur coat made by Stella McCartney and said in an interview, “Everybody is concerned about the climate crisis and what should be done to help and obviously we’re very aware, as other industries are, that we have been at fault and what can we do in the relatively short amount of time we have to course correct.” The time has clearly come for alternatives and I saw a lot of examples of materials that gave the same movement and illusion of fur but using other materials, a lot of them recycled.

Ronald van der Kemp used an organization of Moroccan women called Carpet for Life to use an ancient weaving technique to create what he called his “Boucherite Guilt-Free Fur Trash Coat” out of old scraps of black and gold fabric. Julie de Libran made most of her collection out of upcycled materials and is only completing the embroidery on made to order pieces so not even the labour is put to waste.

This is a bit of a tricky trend to talk about in this context. The entire point of haute couture is the fact that it is handmade. Most beads or jewels are applied by hand. Gathers, pleats, and embroidery are all standard hallmarks of couture design. That said, this interpretation of this trend is a little more obvious. A nod to true DIY crafts: patchwork, weaving, macrame, embroidery and sewing were on display in a lot of shows. This is most likely due to the fact that home sewing and crafting is on the rise. It has been noted that crafting represents a 37 billion dollar industry, with many people wanting to return to the haptic senses and things you can do without a screen. Viktor and Rolf also tied their concepts into the sustainability trend, creating their Holly Hobby patchwork dresses entirely out of fabric swatches sent to them by fabric companies. Jean Paul Gaultier (a long time proponent of craft) included many of his greatest hits (like this embroidery hoop hoop skirt) in what will be his last runway show (sniff).

Compared to some of the other trends on display, this one was a little more obvious. The colours of the mid-nineties are back! Sapphire blue, emerald green, purple and magenta were all represented, often all together. Supersaturated and mostly in silks and satins to show off the depths of these colours, we’ll be seeing these hues trickle down to RTW in the coming seasons, moving us away from dustier neutrals and popping up in unexpected places like shoes and outerwear. I think the interesting part of this trend is the idea of wearing many of these colours together in new combinations. Red and purple, magenta and red. Think peacock feathers, but make it fashion!

Last year we got the “year of the big sleeve.” This year we get MEGA RUFFLES. This is not just any frill tacked on the hem of a skirt, mind you. These ruffles are larger than life, often wired and threatening to subsume the person wearing the garment. They almost look more like sculpture than clothes, becoming 3d design experiments that are hard to imagine as flat fabric. The overall effect is one of a woman emerging from a flower, but it also functions as a kind of armor, not allowing anyone to get too close.

This is a neat trend that I saw represented on a few different runways. The fabric looks like it’s been hit with a hole punch, creating a textile somewhere between lace and paillettes. The hole isn’t entirely removed though, and is left to dangle like a half-finished election ballot (anyone else remember the “hanging chads” debacle of 2001??!) It’s a cool effect especially when seen through developmentally as Valentino did here by taking the circles and attaching them to a blouse and a backpack. The whole thing reminds me of making confetti with a hole punch and I wish I could see a video of some of these because I bet it’s very pretty in motion.

If you haven’t seen Next in Fashion yet I would highly recommend it. Without spoiling anything, there is a wedding dress in the finale show that has a hooded cape that turns into a train that I thought was a brilliant idea and then here are two wedding dresses with a hooded/veil idea! What are the odds??! That said, I have a feeling “protection” as a theme is coming in fashion, as it always does in times of anxiety and turmoil. Street fashion and athleisure are blending to become one big hooded sweatshirt and if I had one prediction for 2020 fashion, it would be the idea of garments as little pods of comfort you can crawl into and shut out the commuters (and germs) around you. I see huge collars, hoods, face masks and the like making their way into RTW fashion and I am down for it. A coat and a cocoon? Yes, please.

So what do you see making its way into real life clothes?? Make your predictions in the comments! 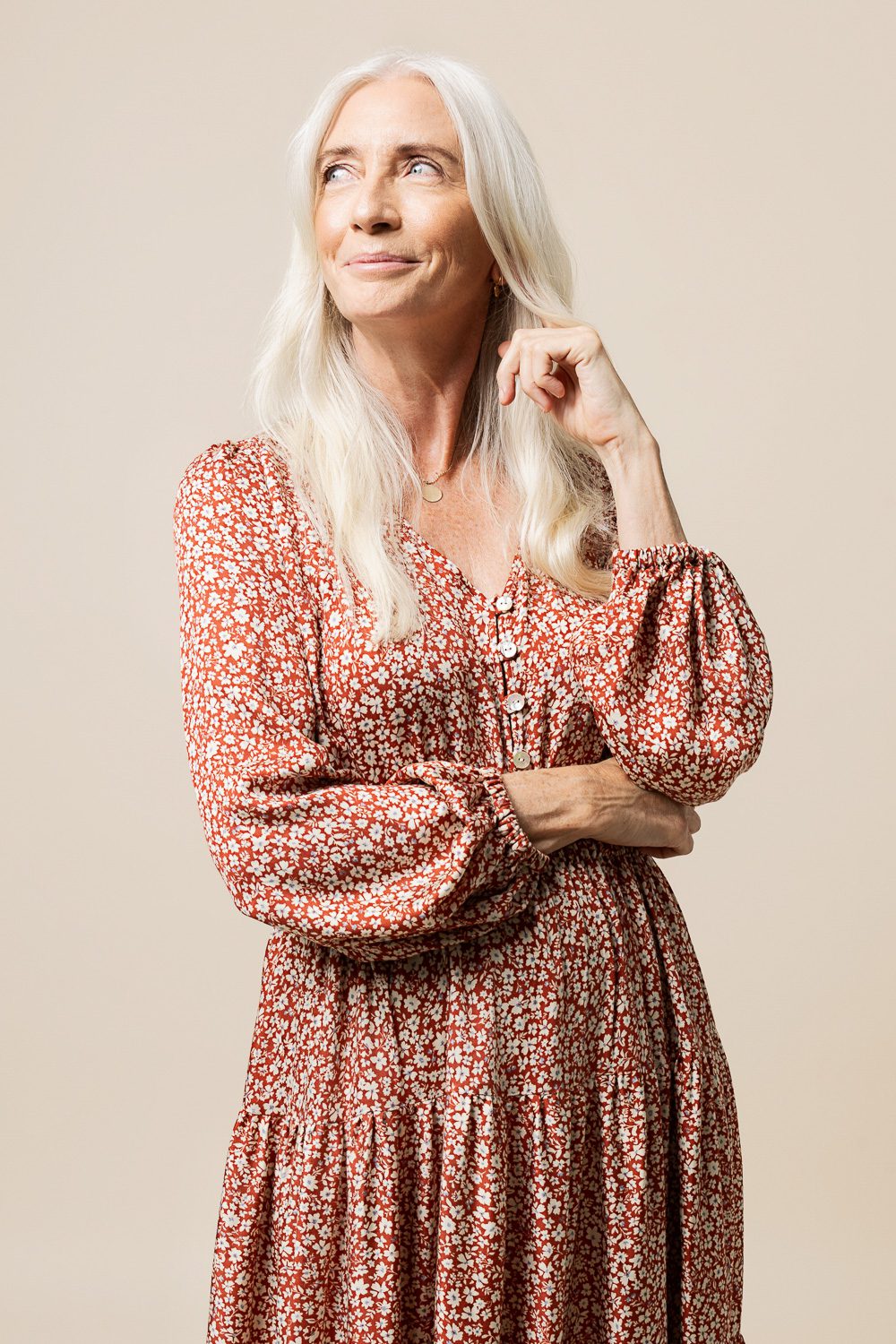 The Design Story of the Nicks Dress and Blouse 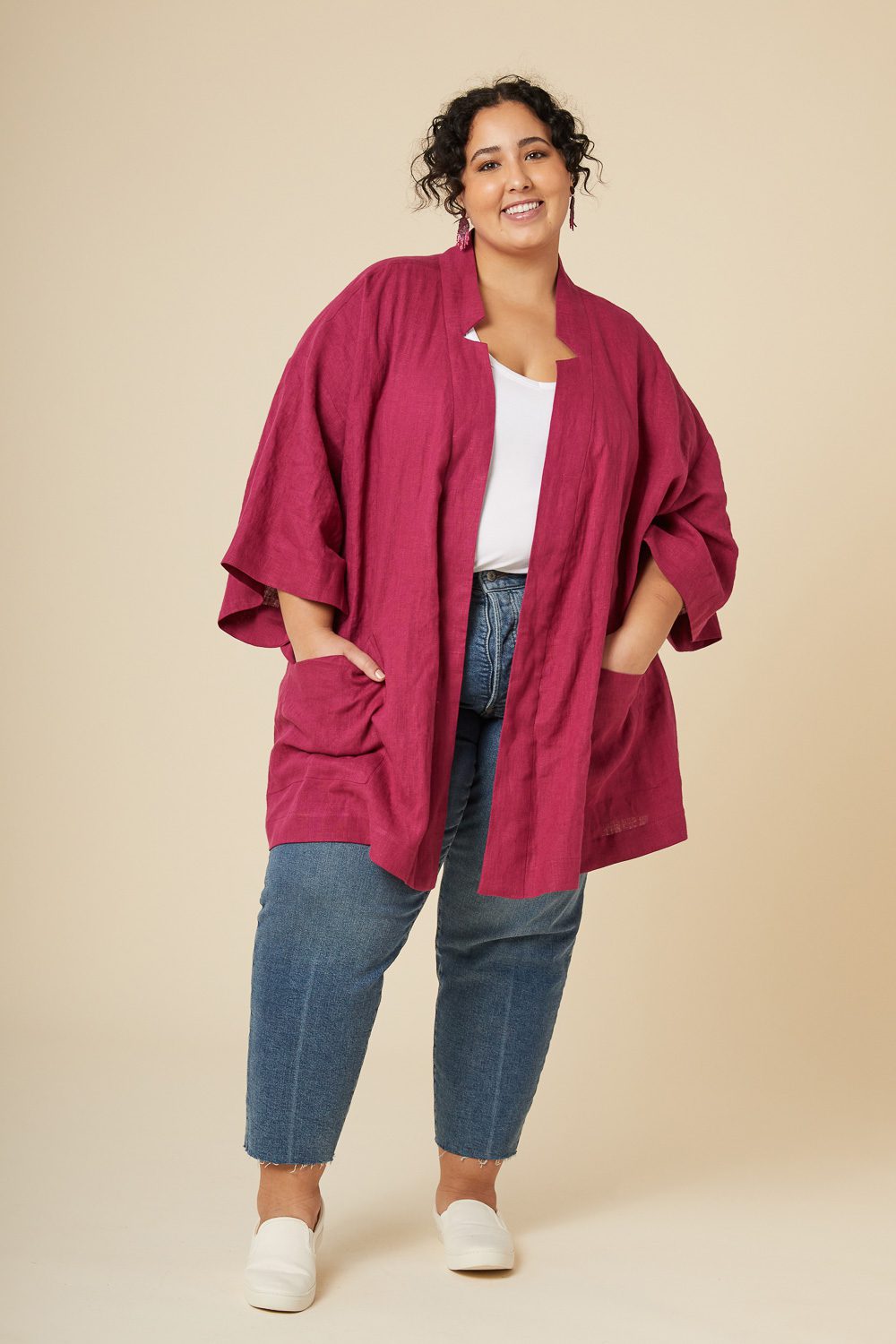 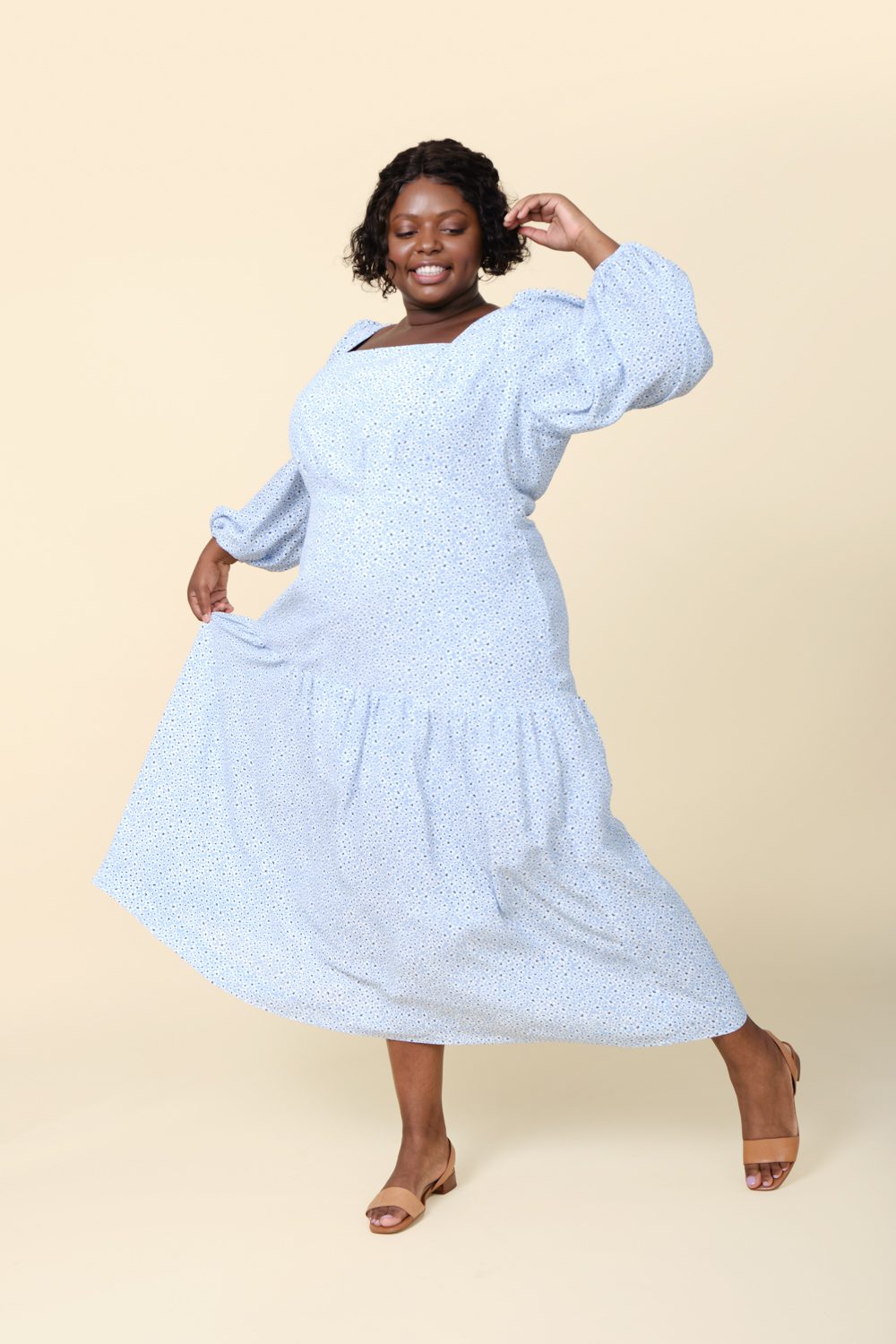 Styling Inspo for the Pauline Dress! 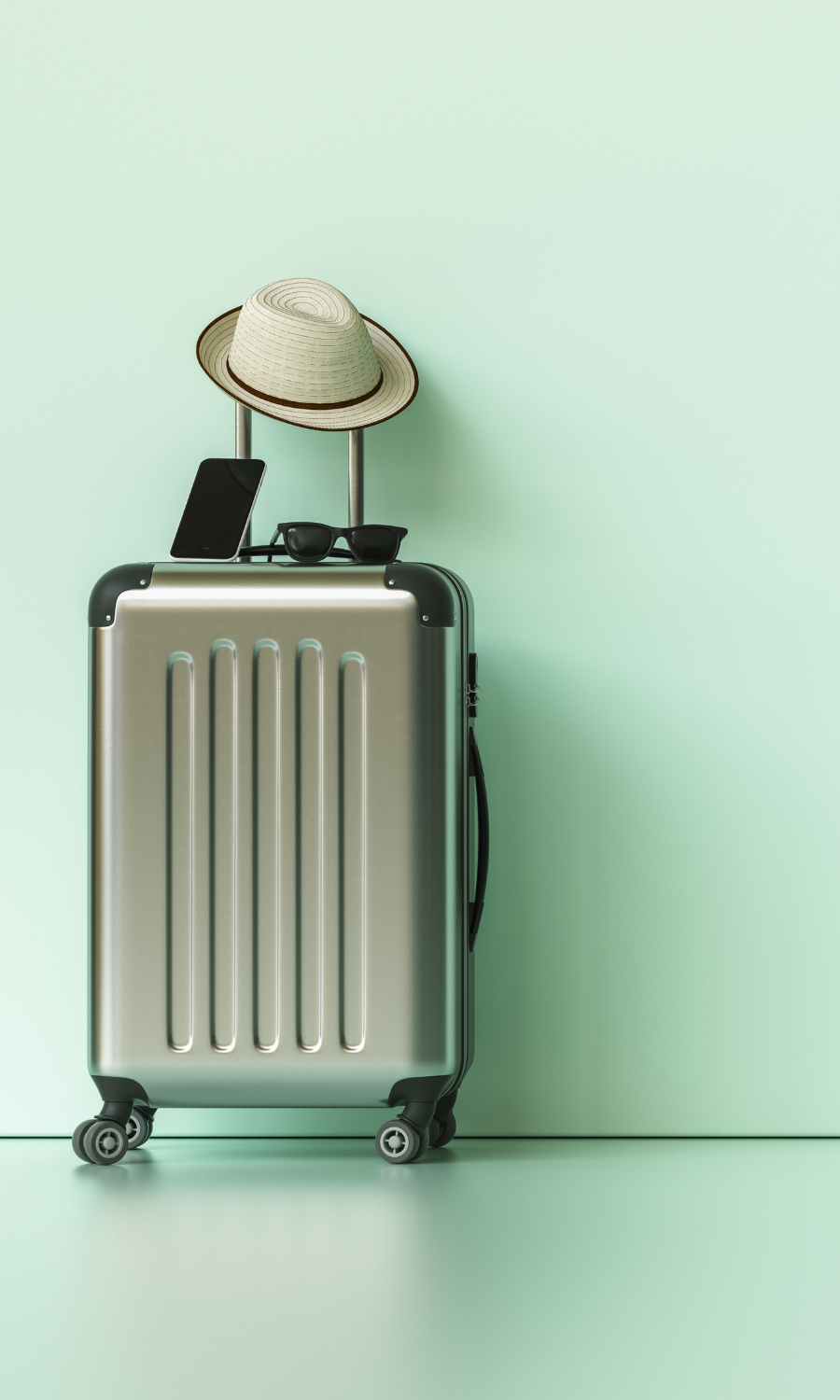 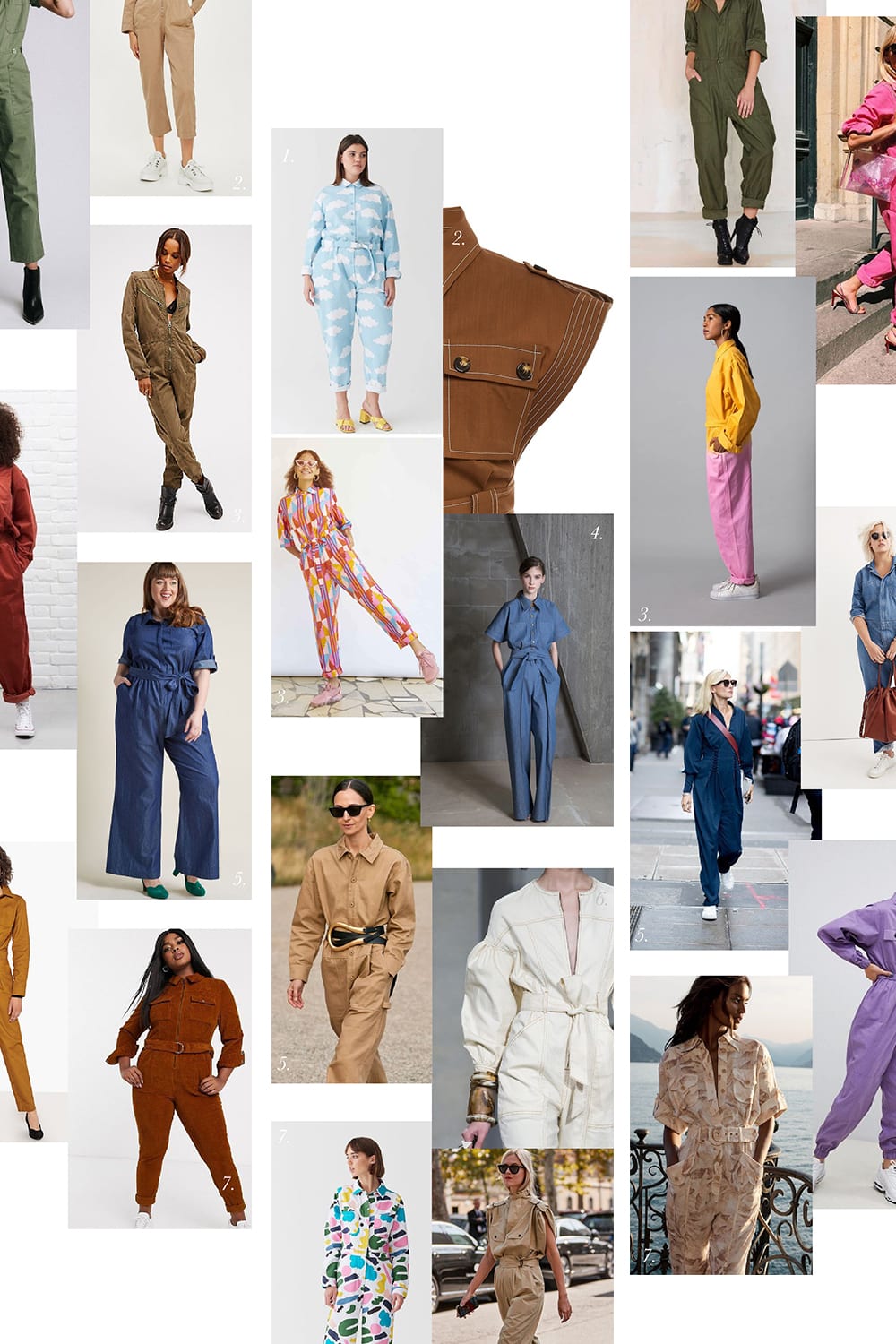 How to Wear the Blanca Flight Suit 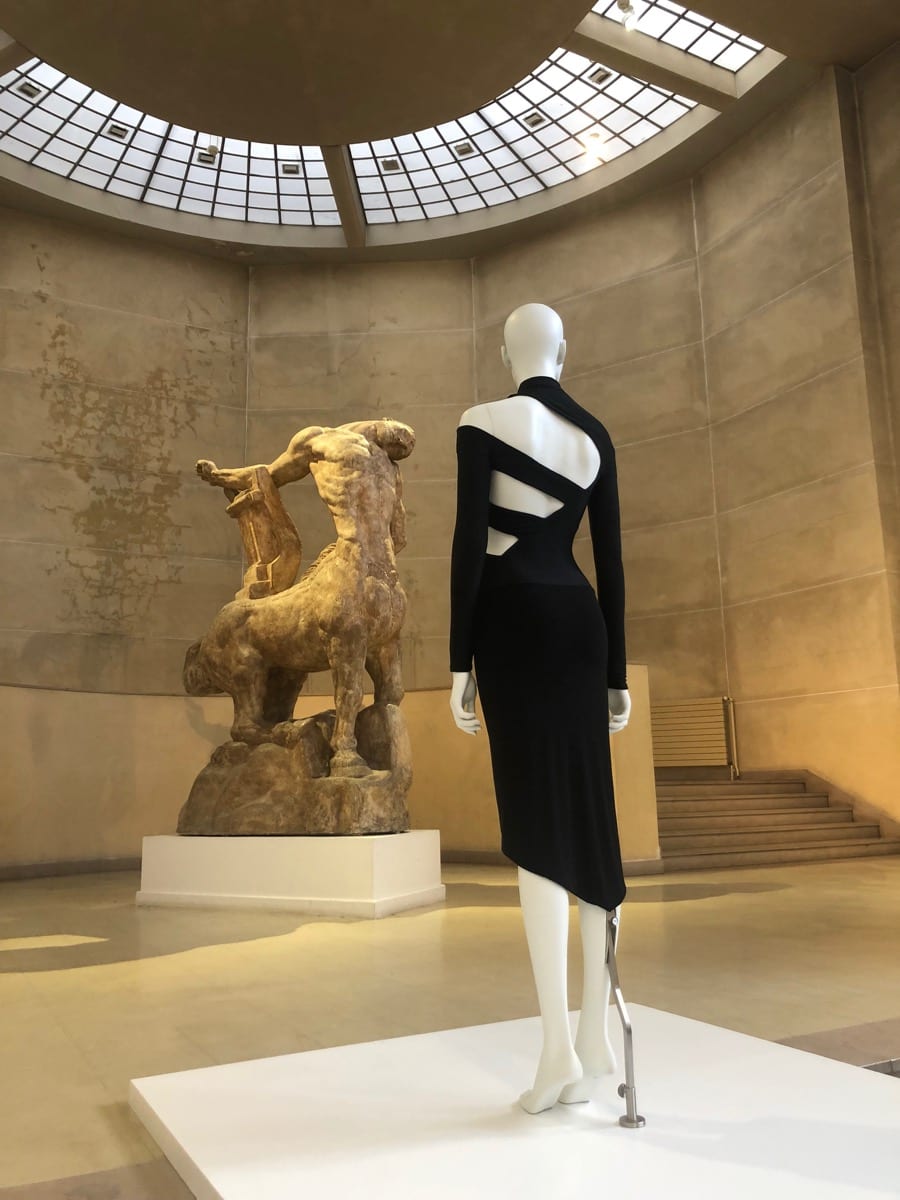 Inside my Couture Tour of Paris with Susan Khalje 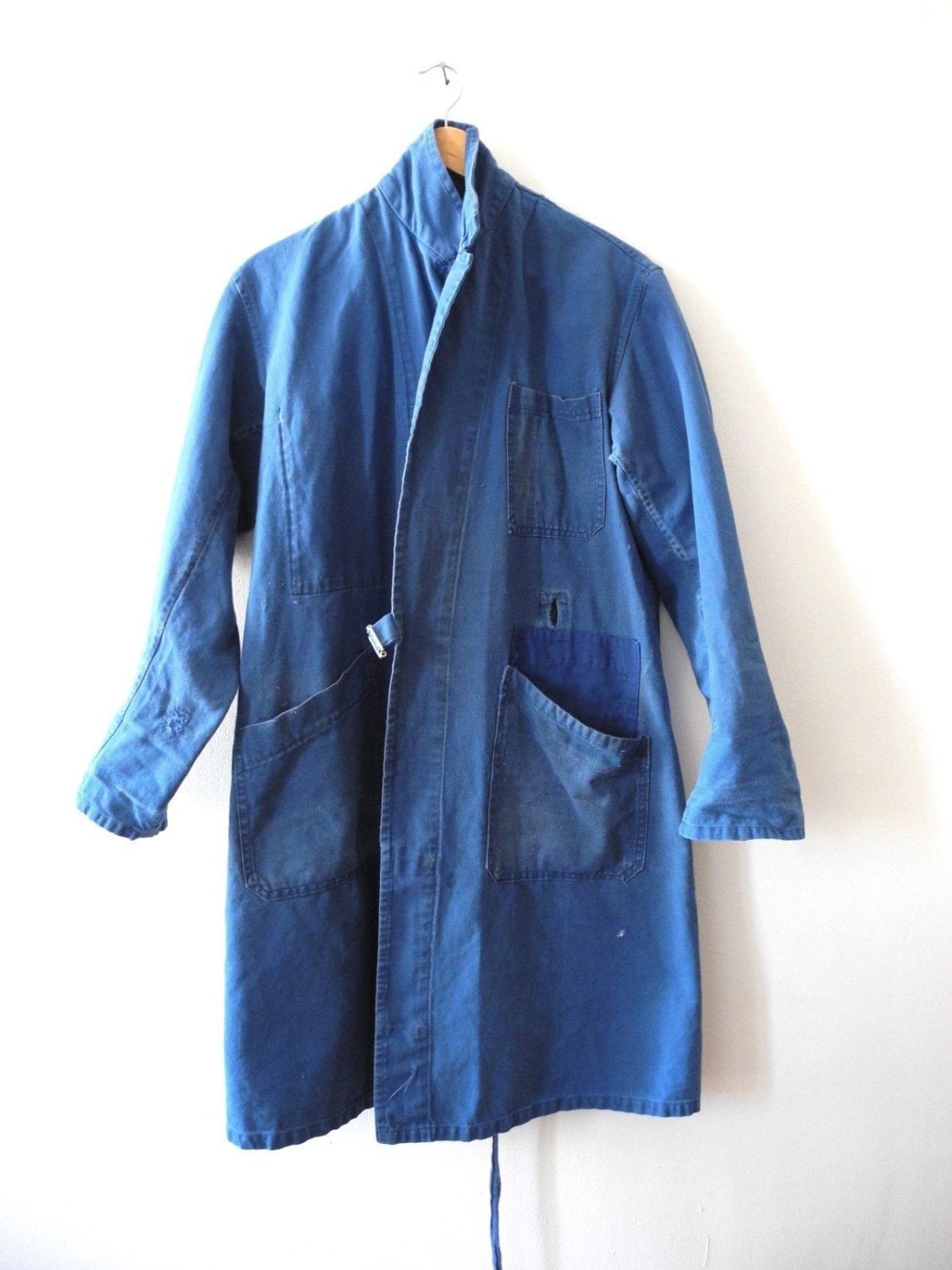 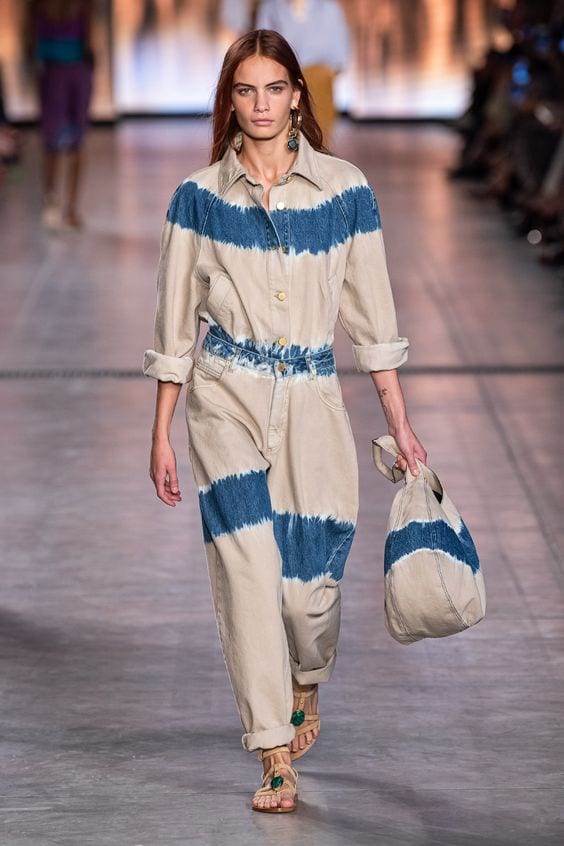 Inspiration from the Runway: Spring/Summer 2020 Edition