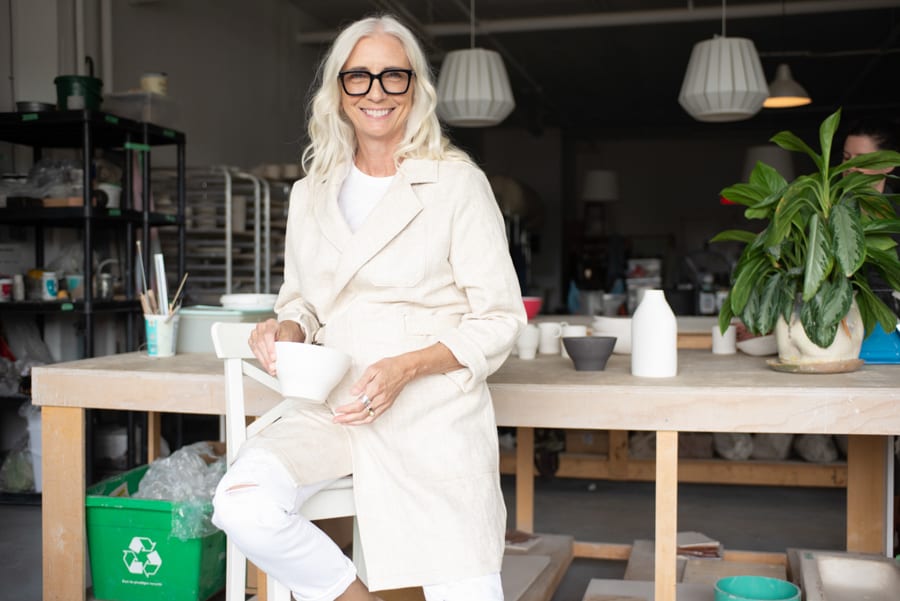 To celebrate the launch of our Sienna Maker Jacket, we wanted to try something a little different this time around. We are very lucky to live in one of the most creative cities in Canada; Montreal is literally bursting with makers of all kinds. When I first moved here in 2003 from my gritty, industrial hometown, it felt like everyone I met was making something. Attracted by the history, culture and cheap rent (a holdover from a decades-long recession after the sovereignty/separation referendum drove many long-time residents and businesses out of the province), it was the place to be if you were an artist, musician or other creative spirit. You could live in a giant apartment in a hip neighborhood for practically nothing, find studios in dilapidated loft buildings and be surrounded by a community who were all committed to living a creative life. While the city is changing rapidly (it is one of the fastest-growing economies in the country and has become a major tech hub) that artistic spirit is still the backbone of Montreal. Most of our friends are writers, painters, musicians or designers, and it seemed only natural to shine a spotlight on some of the people in our city who inspire us and the work we do. In that spirit, we are focusing on a few women in the coming month who embody that unique Montreal spirit. They are small business owners and artists, and we made Sienna Maker jackets for each of them, tweaked to reflect their unique needs. We’re excited to introduce you to our wider community and shine a light on the many ways we can tap into our drive to make beautiful things.

First up: Trudy Crane, designer and ceramist extraordinaire. I first met Trudy at the studio where I take pottery lessons. I was sitting at the table, struggling to hand-build a vessel of some kind when I found myself staring at her while she meditatively glazed some bowls across the room. She appeared to be glowing from within with a calm energy that radiated out of her, in stark contrast to my anxious and agonized efforts to make the clay behave. I eventually struck up the courage to talk to her and discovered my first impression was pretty dead on. She is kind, smart and warm, and created an amazing ceramics brand called Looks Like White, designing pure, organic porcelain pieces that make me want to throw all my Ikea dishes out the window. She is one of those people whose personality and essence are captured by the work she creates: thoughtful, elegant and almost impossibly chic. I was thrilled when she agreed to model for us, and even more thrilled when she let us sneak into her studio to capture Sienna at work in its natural habitat. 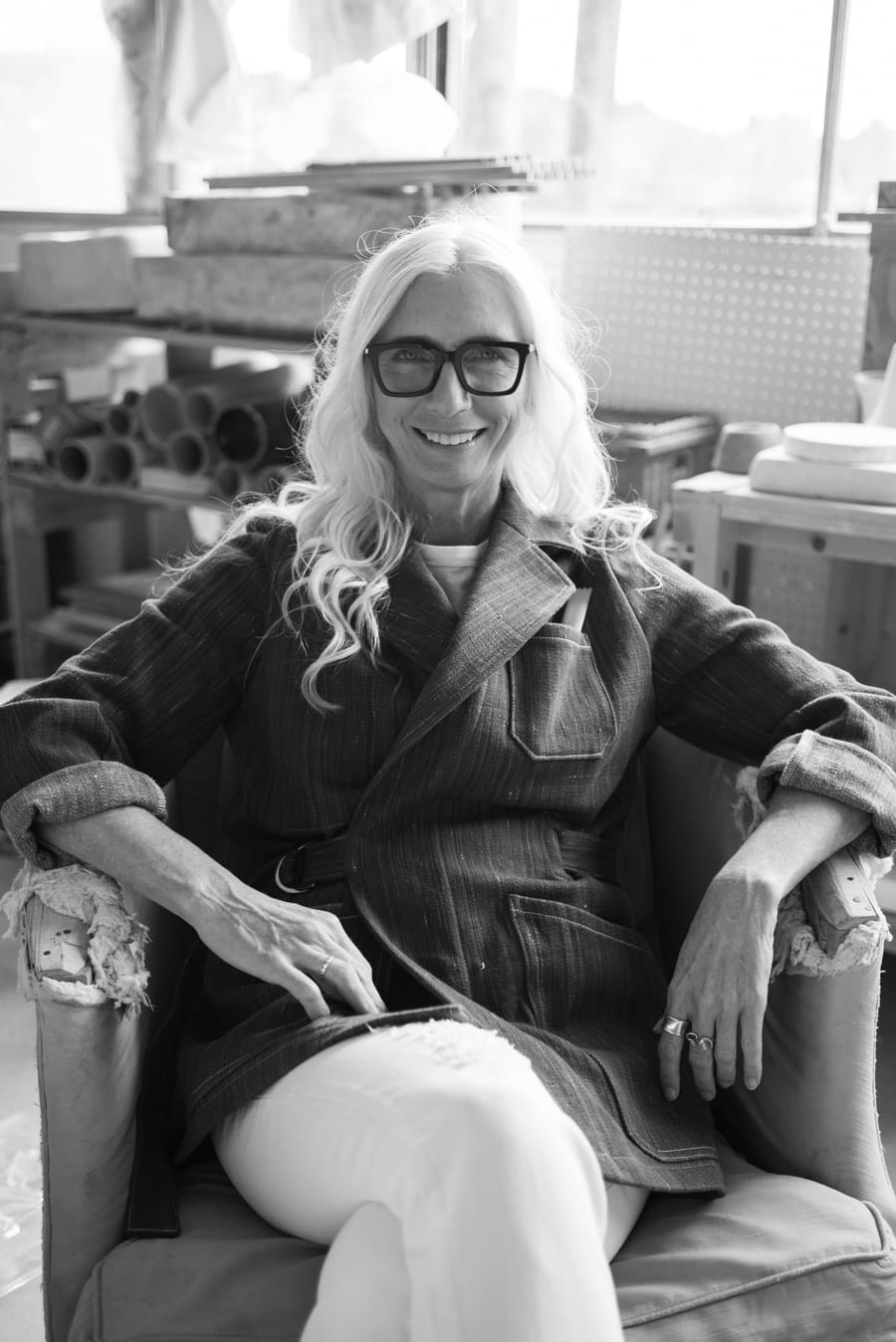 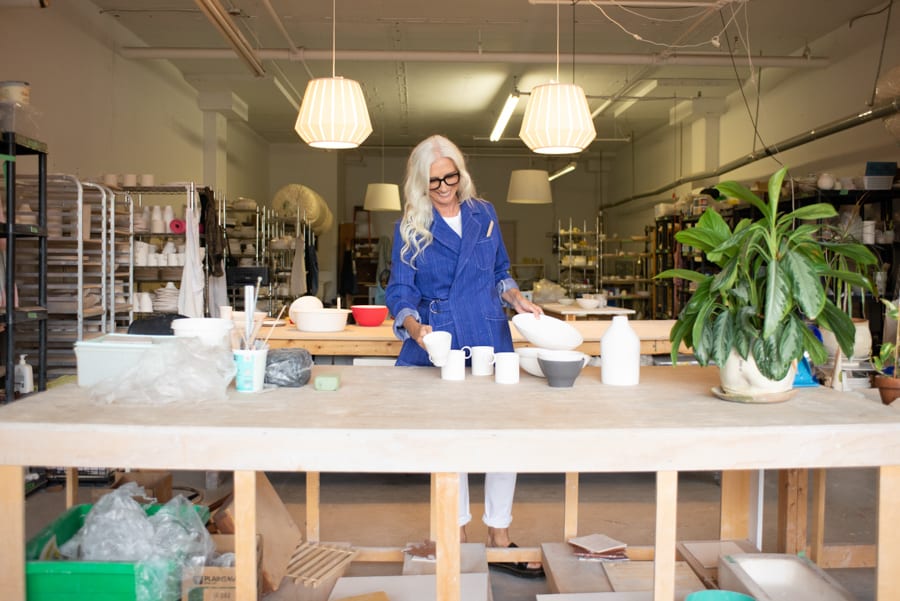 Originally from British Columbia, Trudy made her way to Montreal a few decades ago. She’s had a diverse career and worked in fashion marketing for many years before taking up ceramics and starting her company. I’m always inspired by people who make big changes to follow their path, and Looks Like White has grown steadily, with a small team of employees and exciting collaborations with larger brands like Simons and Jillian Harris. If that wasn’t enough, she also wrote a vegan cookbook and co-founded a cooking and lifestyle website called Meadow & Land with a focus on plant-based recipes and living a beautiful, intentional life. She also has one of the loveliest homes I’ve ever seen! 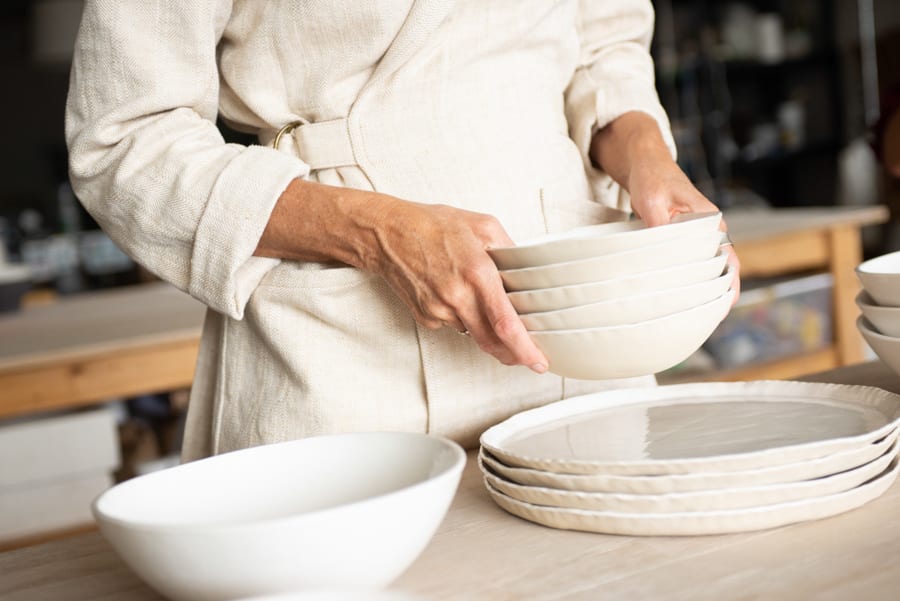 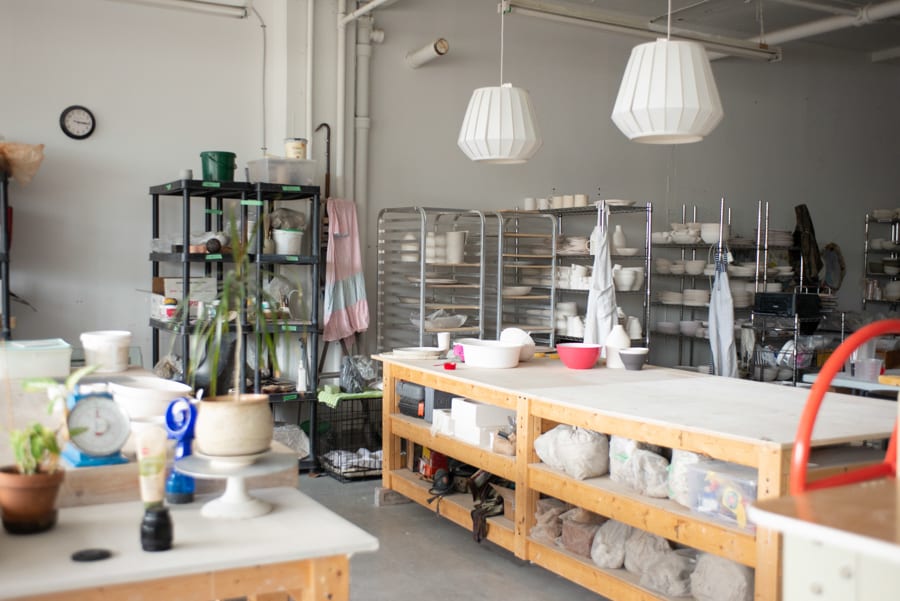 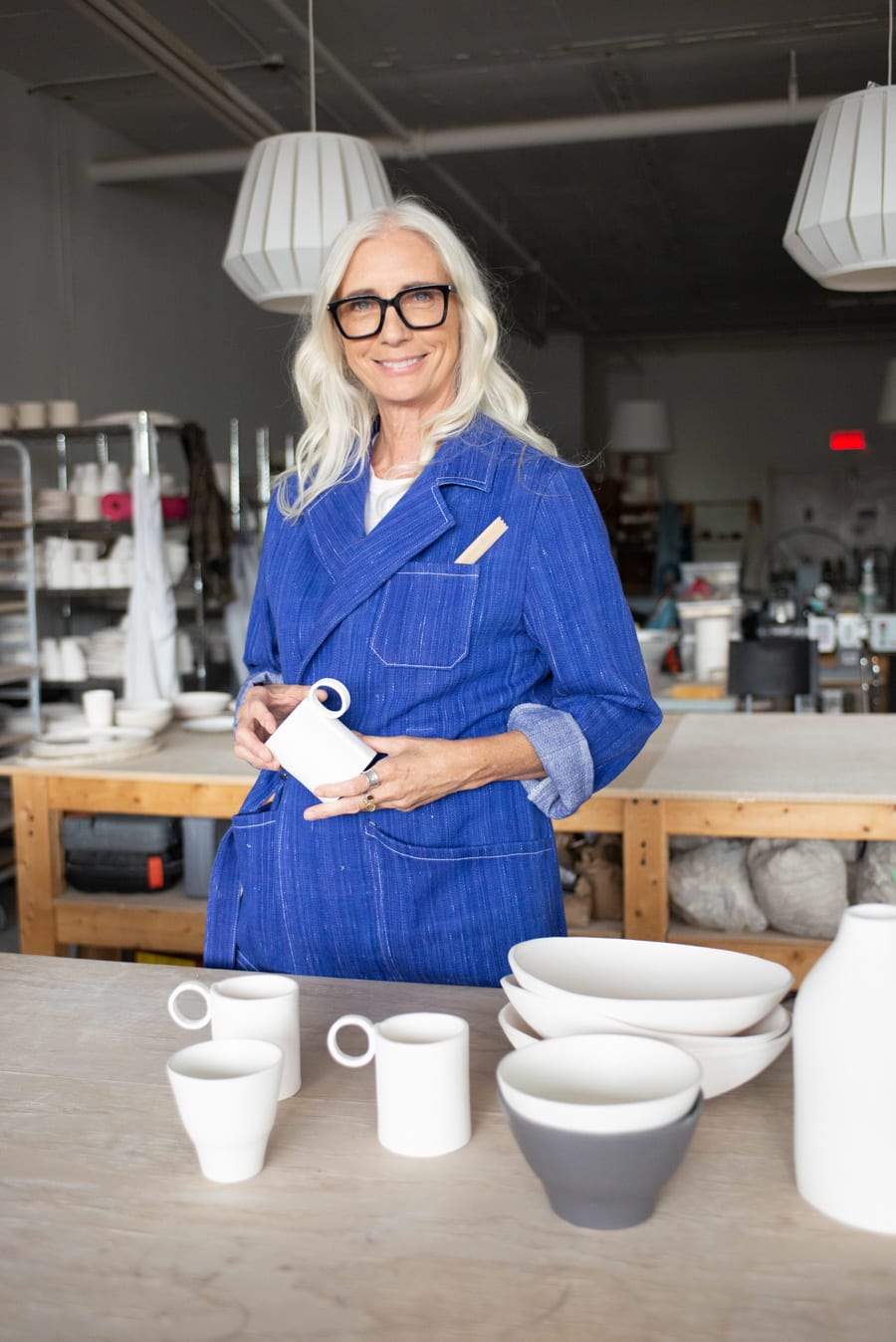 Obviously, we can’t help but think our Sienna looks right at home in this studio. We’re planning to give Trudy one of the samples to keep for herself, and when we got excited about the idea of it being covered in clay and glaze, we were informed she never gets dirty when she’s working and would likely keep it immaculately clean. Trudy, you will forever be #lifegoals.

We hope you’ve enjoyed getting to know Trudy and seeing Sienna in its natural habitat. I encourage you to follow Looks Like White and Meadow and Land on Instagram, and be sure to visit her shop if you’re in the market for a beautifully handcrafted piece of pottery. These are the kinds of special, heirloom pieces you’ll treasure forever. 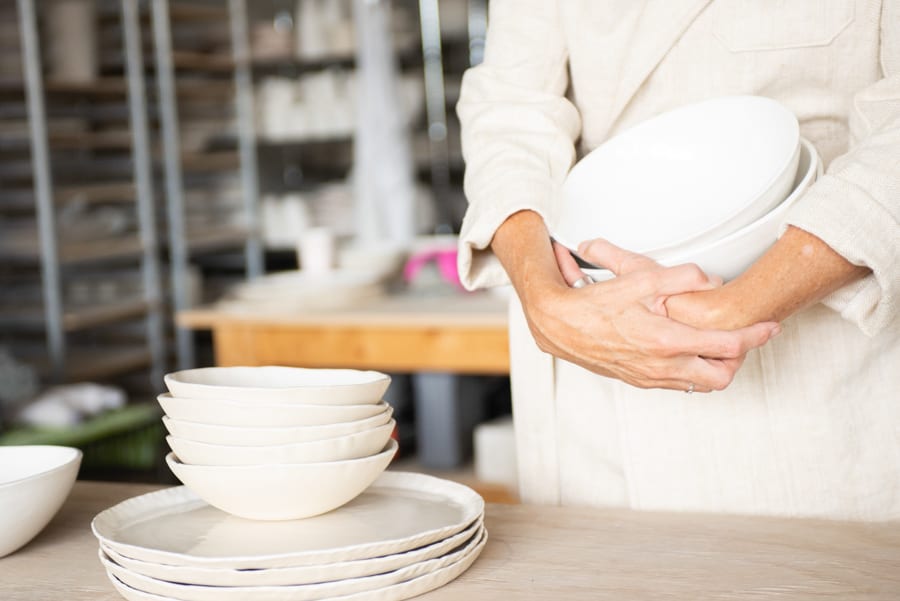