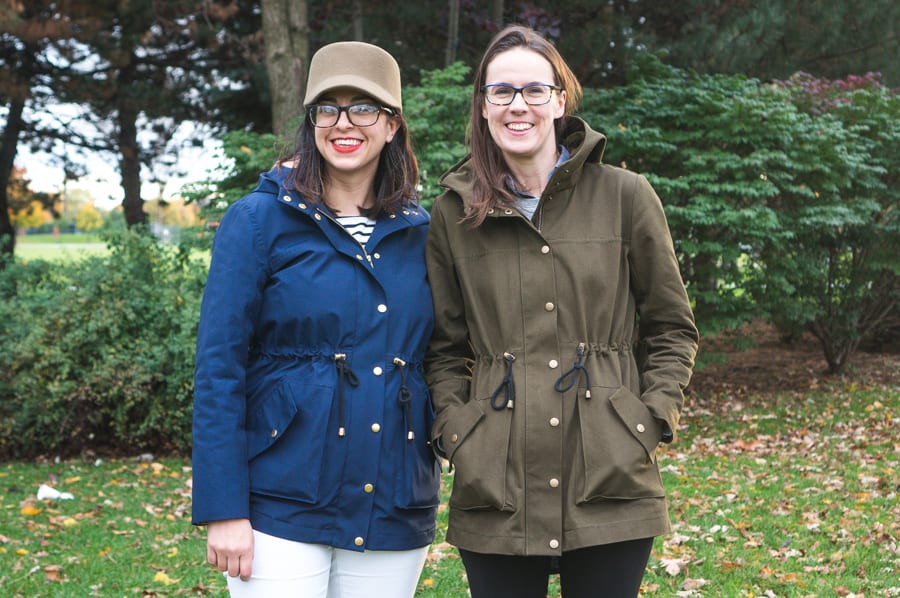 It occurred to me recently that my studio manager Alexis has been with me for almost two years and has yet to make a physical appearance here on the blog. She’s quite camera shy but since we have two beautiful new Kelly Anoraks to show you I decided it was time to aim the lens her way and tell you a little bit about our work together.

I honestly don’t know what I would do without Alex. She’s in the office  4-5 days a week depending on how much we’ve got going on, and takes care of customer service, shipping and general office admin, in addition to helping me prepare patterns for release, which includes lots of sample sewing, instruction writing and editing, and all the eye gaugingly boring editing and formatting  that starts making me a little crazy when we’re nearing the final stretch. She’s great at everything I throw at her and has a really sharp, critical eye. She’s also more thoughtful and methodical then I am, so it’s a good balance for my hyper-impulsive-a-million-ideas-at-once energy. The most exciting news is that after working out of the same apartment for the last couple of years (first as my home and currently just as a workspace, which she always took in easy stride) I’ve found us a new studio in a commercial building nearby. We’ll have lots more space and light to work in, which means we won’t be constantly talking with a wall in the way.

So, these Anoraks. I wanted to create some extra resources for constructing our Kelly Anorak since it’s one of the patterns we get the most questions about. I was originally thinking of filming a new online course, but it’s been such a busy year and I was starting to approach burn-out before I pumped the breaks on a few new projects. Instead, I asked Alex to create a full sewalong for this pattern on her own. Over the last couple of months, she’s constructed these two gorgeous Kellys, photographing them every step of the way in between the million other things we constantly seem to be chipping away at. The blog posts won’t be ready to likely sometime in December or January (this writing part takes the longest and we’ll be crazy busy with the move so I don’t have a definite date in mind yet) but if you’ve been yearning for a little extra handholding with Kelly, we (mainly Alex) will have you covered in the months ahead.

For the sewalong, Alex sewed two complete Anoraks, one with lining and one without. Here is the one she made for herself, the unlined original version with hood: 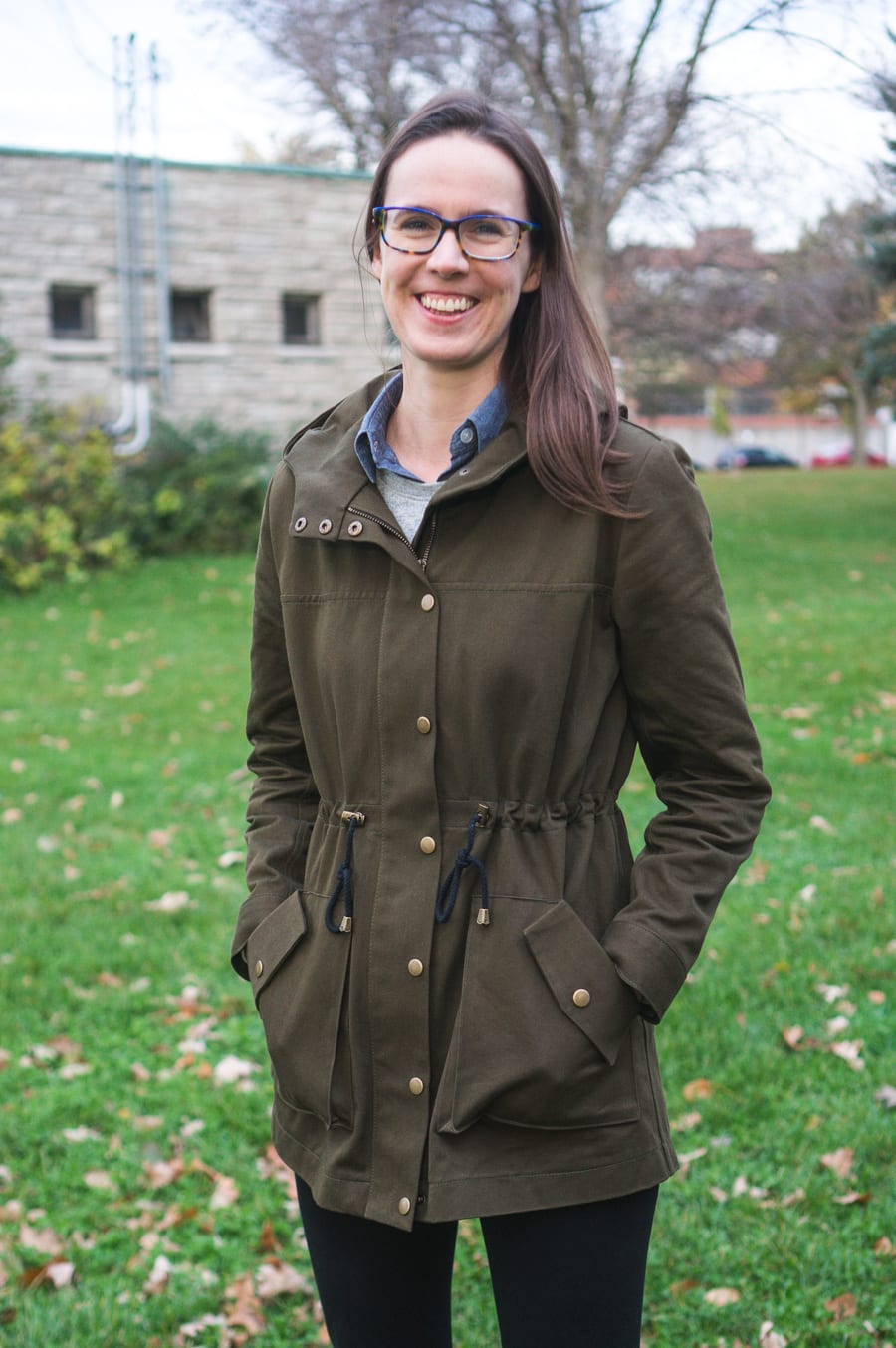 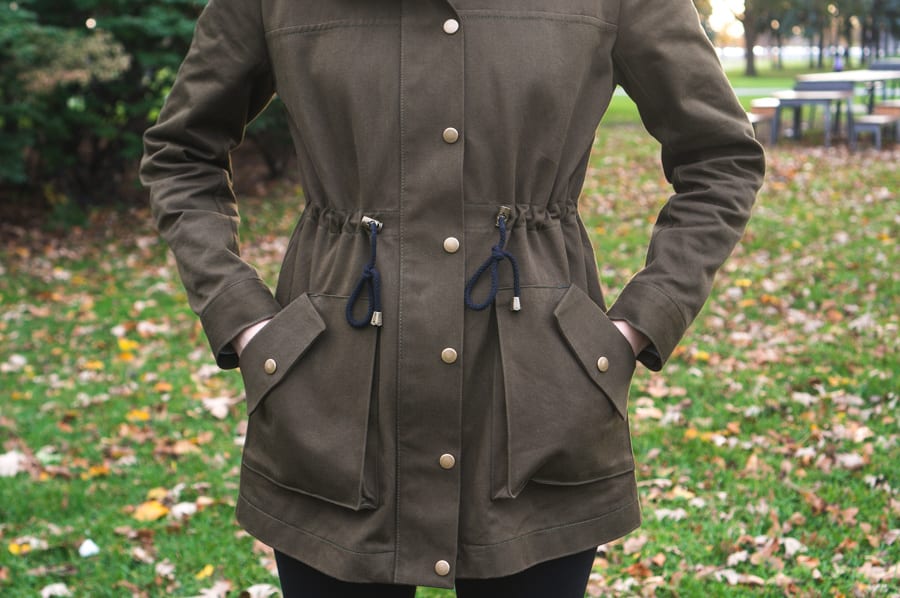 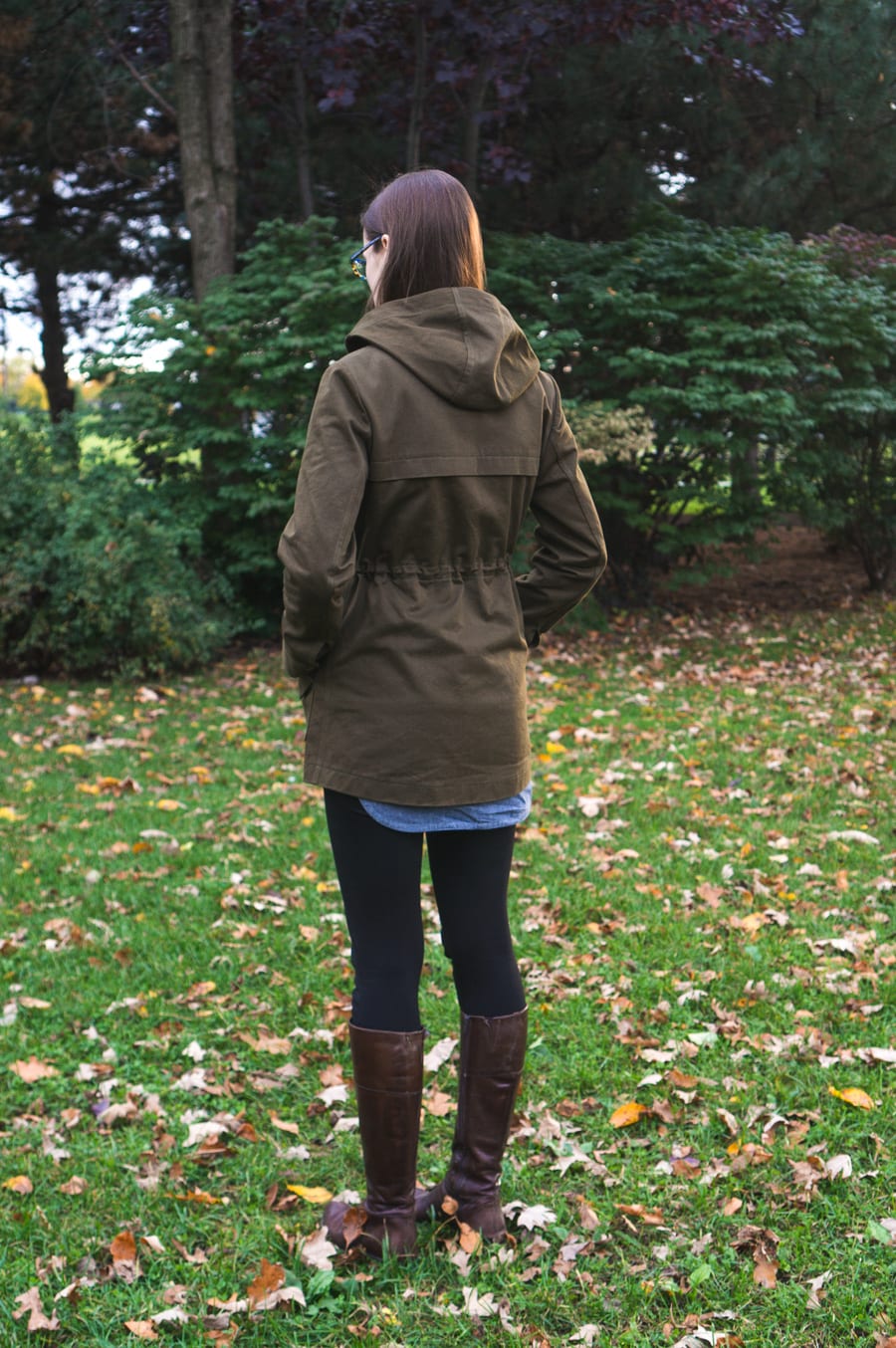 It’s made with a cotton twill from our stash (I believe from Mood?), along with the hardware from one of our Kelly Anorak kits. It’s so beautifully sewn; Alex was originally a quilter and has a knack for really precise, beautiful stitching. She hasn’t been sewing garments for that long; we actually met at a knit sewing class I taught a few years ago, and she can now sew pretty much anything like a pro.

Since Alex also had to make a lined Kelly, I requested a truly waterproof raincoat version (the nylon one I made gets a little soggy in a downpour). I’ve been meaning to make one myself, but I’ve made so many Kelly’s that I decided to just take advantage of her brilliant topstitching and greedily take this one home. 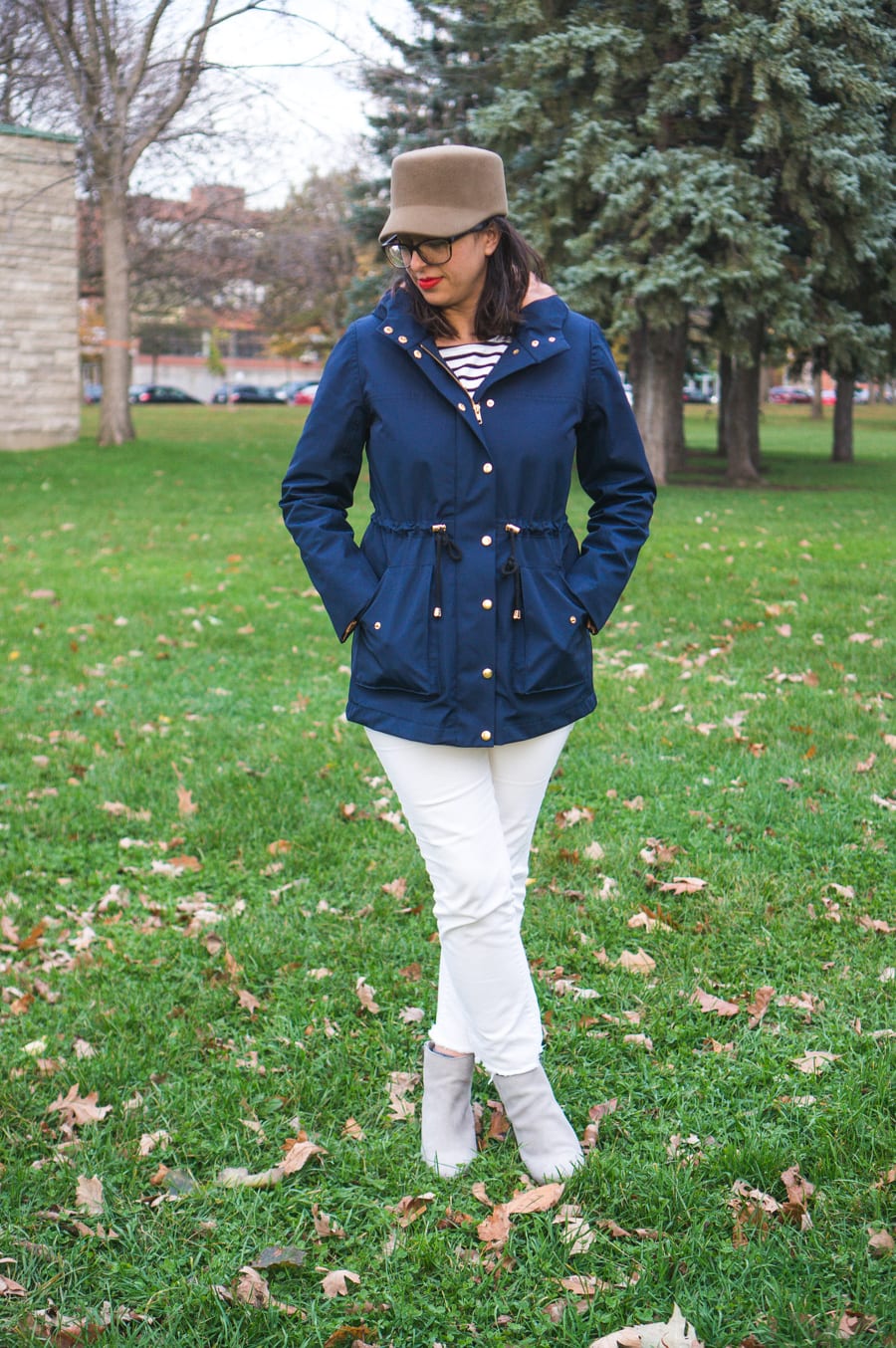 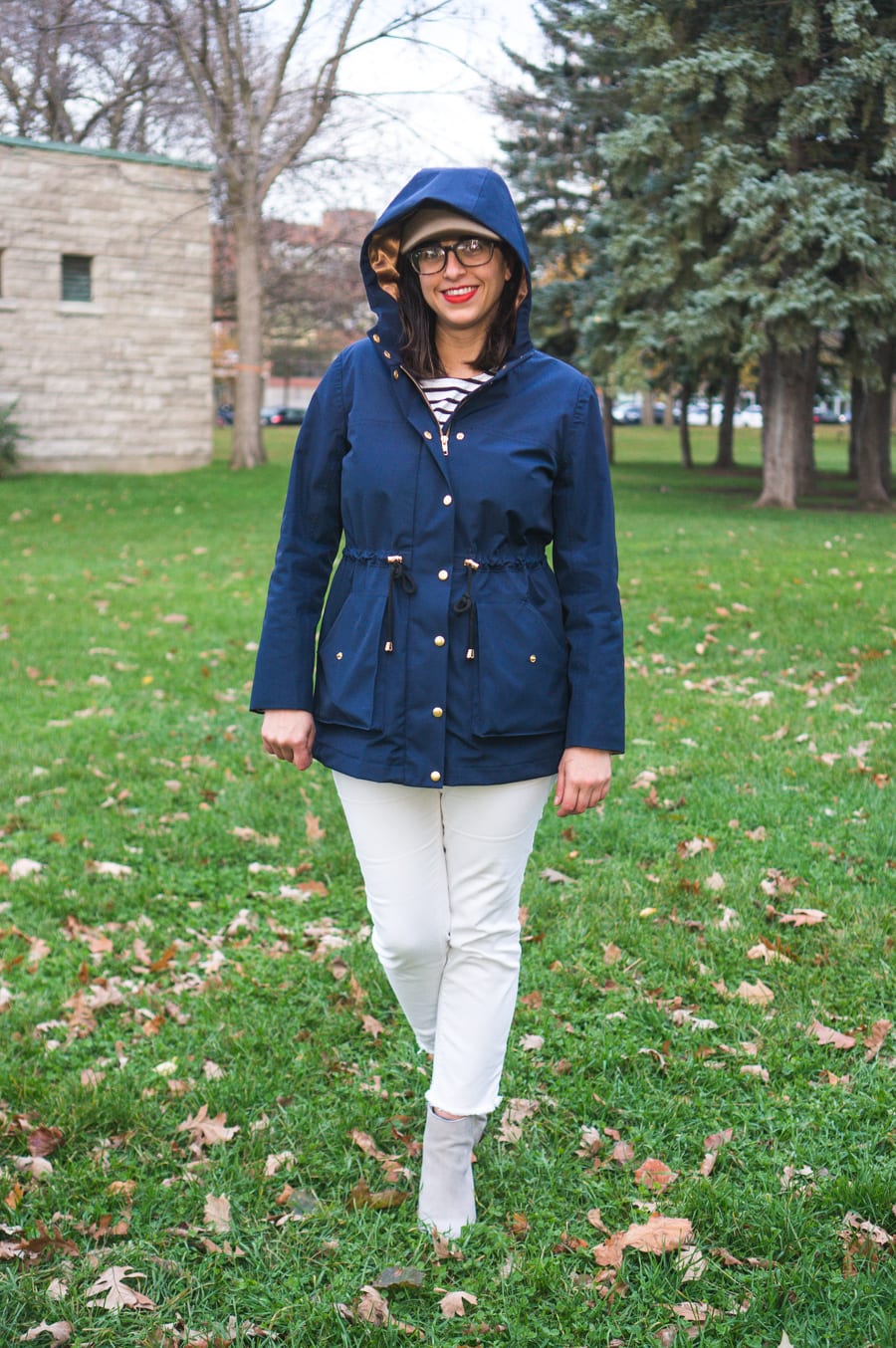 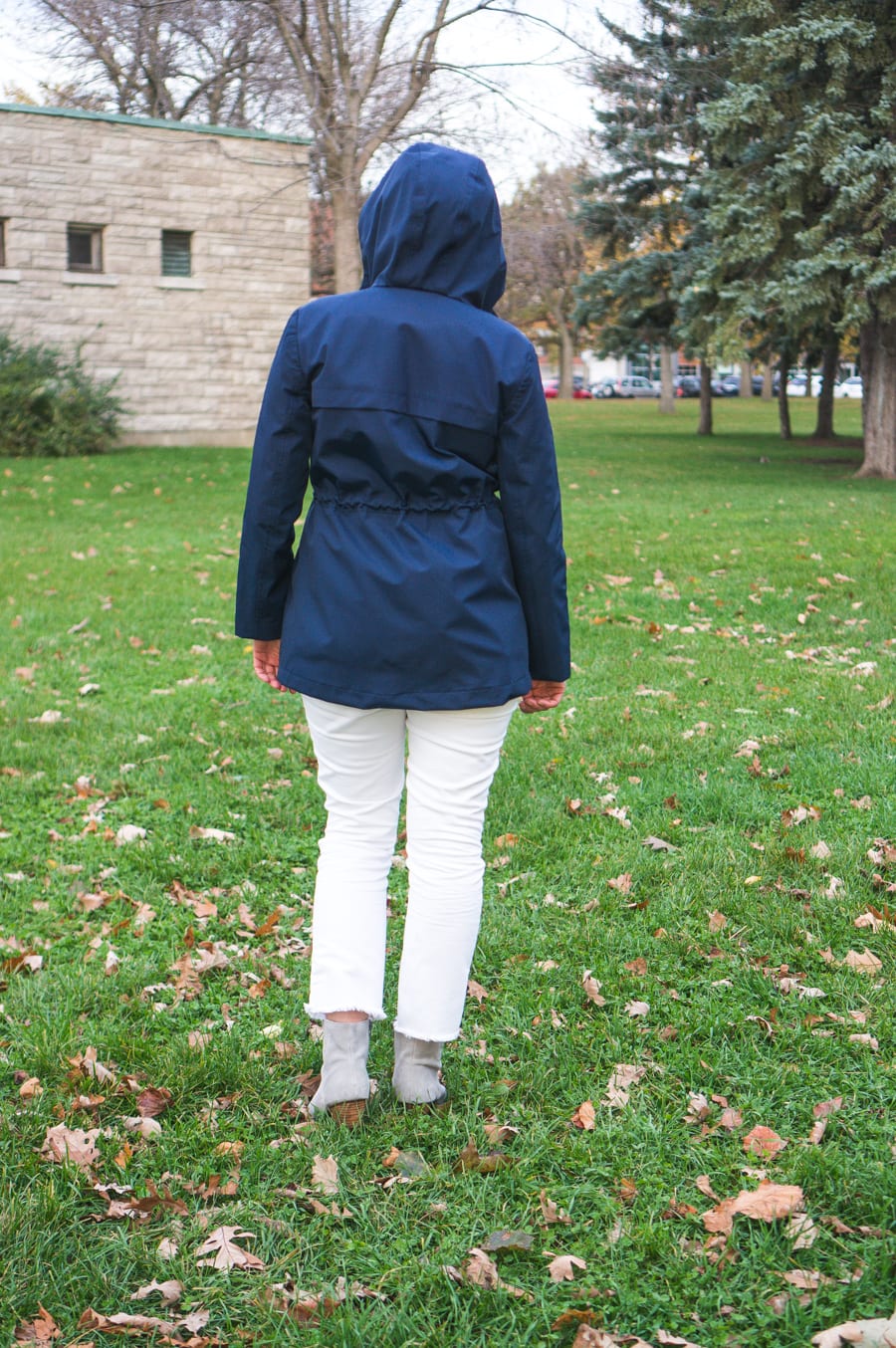 For this version, we used our Kelly lining expansion, our gold hardware kit and a special waterproof outerwear fabric (from Seattle Fabrics here). Technically you can make lightweight unlined jackets with this fabric, but I wanted something a little warmer, so I found a beautiful flannel backed satin lining. Unfortunately I got the last few yards, otherwise, I would have bought the roll and used it in every future coat project – the colour is gorgeous. Alex used this seam sealing tape on all the seams (we’ll cover this in greater detail in the upcoming sewalong) and so far it’s held up like gangbusters. I’ve taken the dogs on a few super rainy walks and stayed as dry as a bone from the bum up. We also slightly modified the pockets so that there is an external flap; this keeps water from pooling in the pockets, which always have loose dog treats in them, which when soggy is basically the grossest thing I can imagine sticking your hands into. Yay for not having dog treat soup in your pockets. 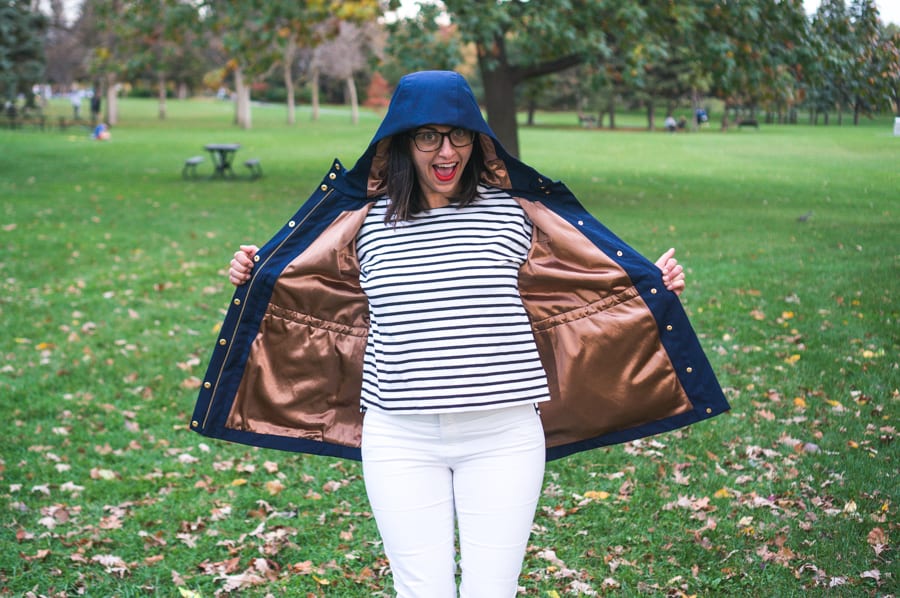 Waterproof or not, I’ve been wearing it every day. I like the nautical vibe of the navy and gold (especially with my white ginger jeans!), and it’s super warm and windproof and should get me well into December before the snow starts calling for a warmer layer. Alex has been wearing hers every day too, so we basically look like really dorky brand ambassadors walking around together.

Have you made a Kelly yet? Would a sewalong be the kick in the pants you needed to get started? 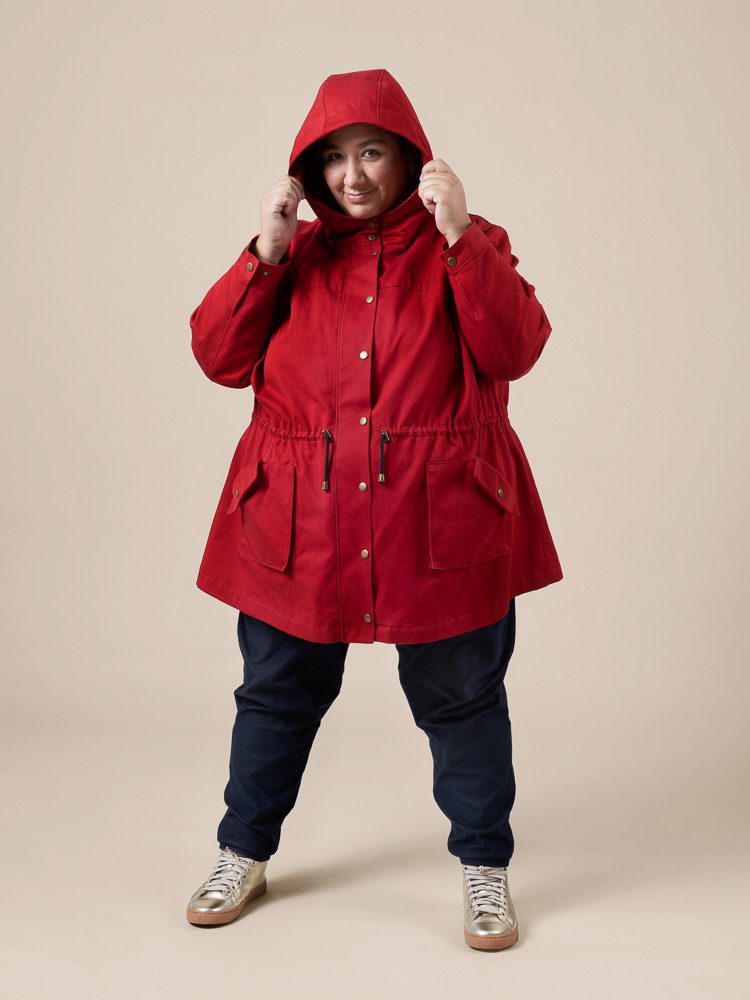 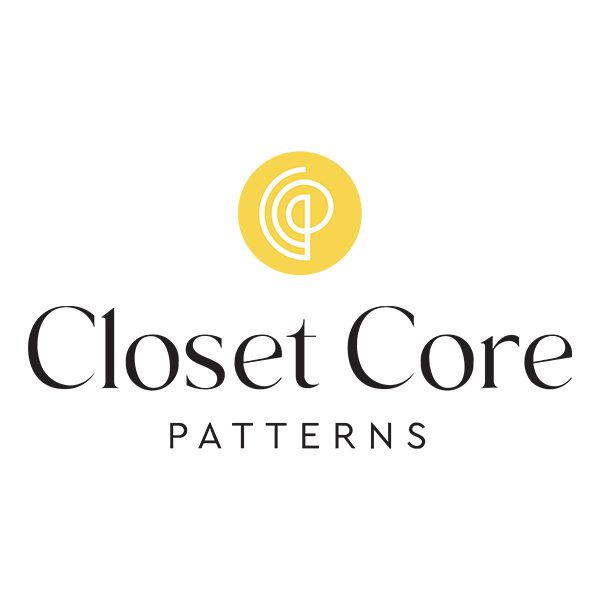 The Closet Core Instagram Hashtag Challenge: How to play along!