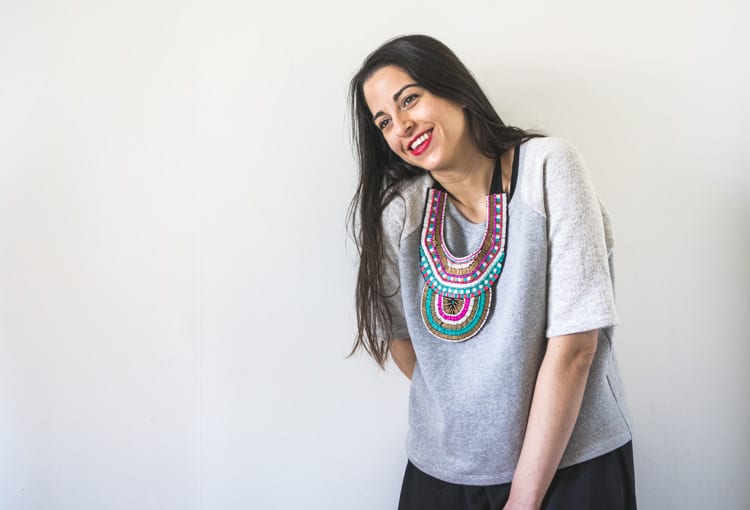 Hold on to your hats folks. I have an explosive surprise for you: I made another knit pattern. If it seems like that’s about all I’m sewing these days in between my own patterns, you wouldn’t be wrong. They just feel like a big, squishy hug I can lose myself in for a few hours. Easy, fast, satisfying (insert dirty joke here).

Jen and I traded patterns back in the fall and I mulled over what version of the Linden sweatshirt I wanted to make. I actually don’t have a single sweatshirt in my closet, and to ease myself into uncharted territory (and to avoid sourcing ribbing) I went with the cropped version using this thick grey marle fleece I found at my wholesaler’s. (I’ve had lots of question on Instagram about where to buy fabric in my city. I wrote a post on fabric shopping in Montreal, but if you can only make one stop, please do yourself a favour and check out Globe-Tex. It’s the best. I think I paid $5 a meter for this fabric). 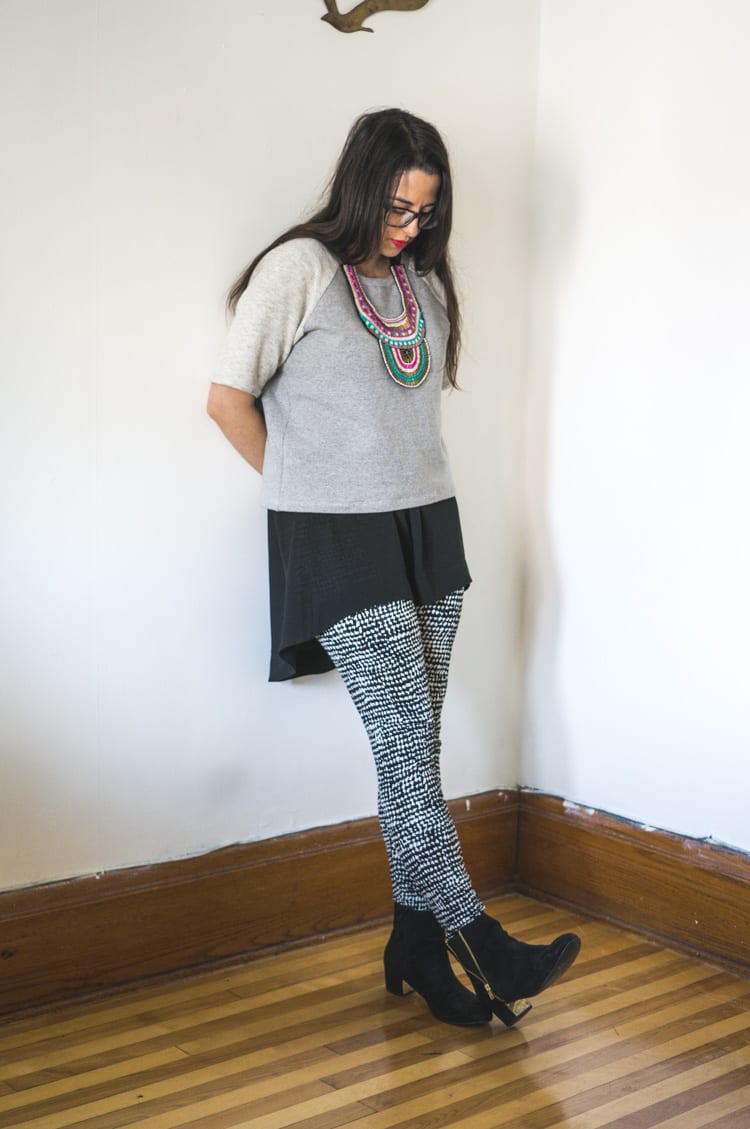 I initially cut a size 10 grading to 12 at the hip but it was a little too big. I ended up taking in the seams quite a lot.  I think because the fit is loose I can actually get away with cutting a straight 8 if I make it again since I think the bust is the most critical measurement for this variation. 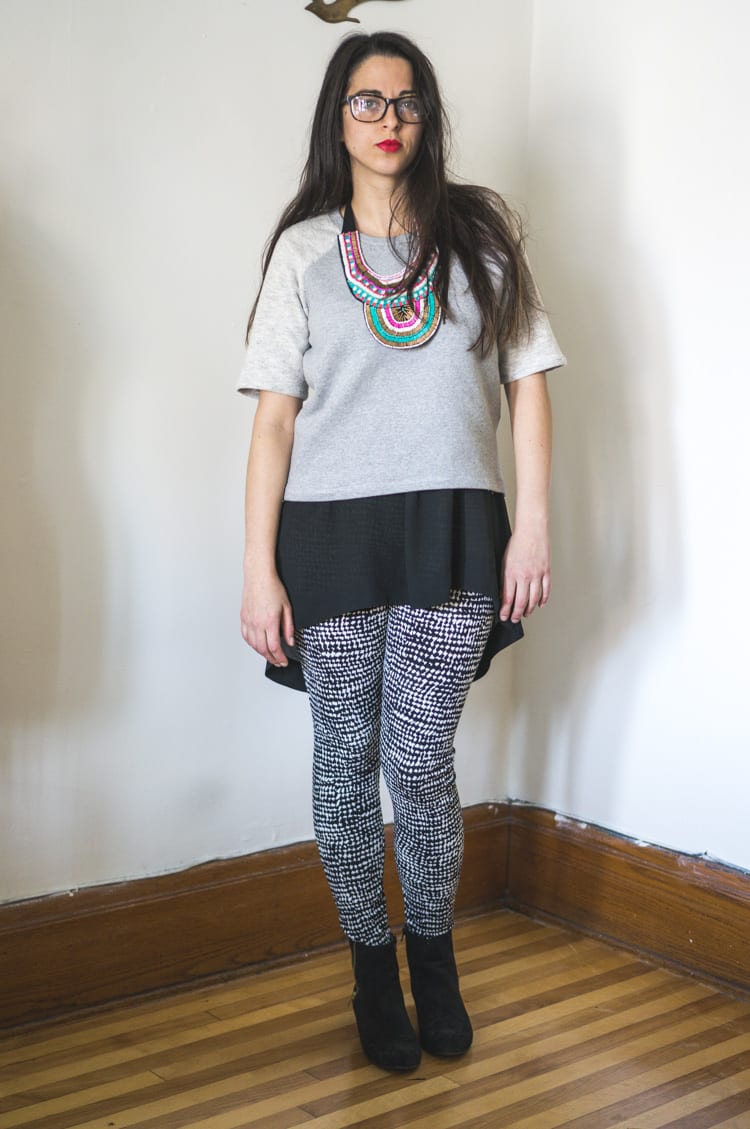 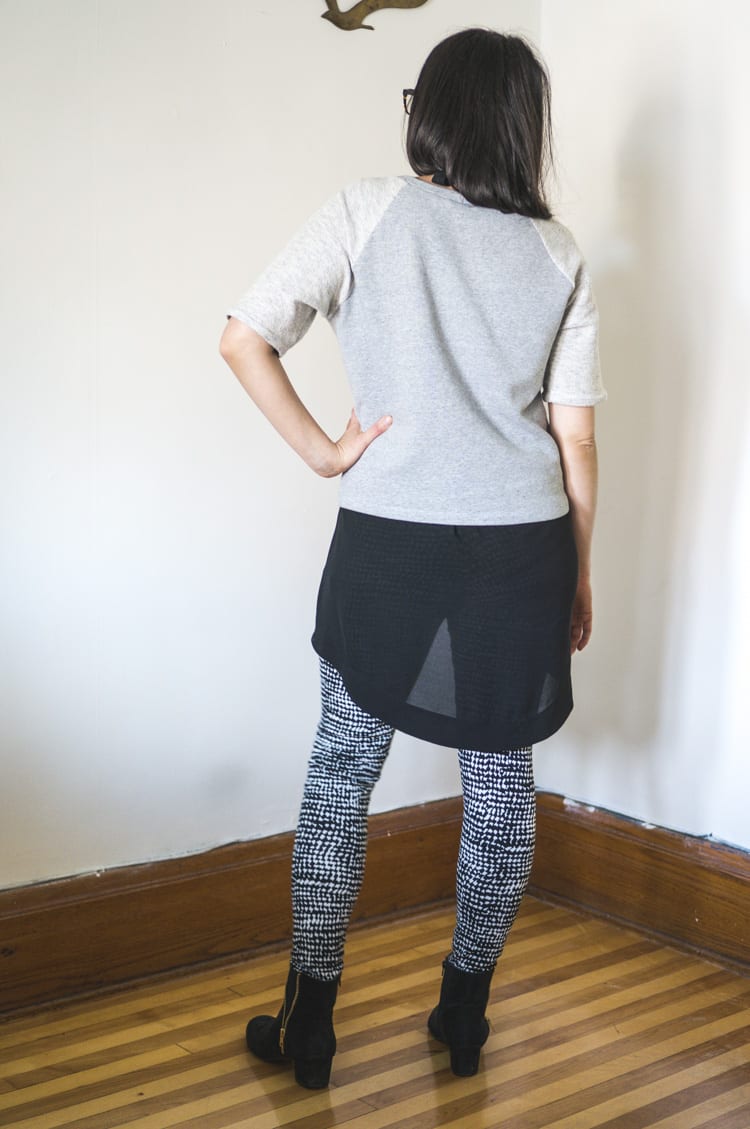 The body is made from the aforementioned sweatshirt fleece, but I had a small scrap of french terry left over from my first pair of Hudson pants. I used the terry side for the sleeves, but spaced out when I hemmed them and failed to pull out my walking foot so the seam got a little stretched out. I hate making stupid mistakes like this. It should be second nature by now. Otherwise, construction is super simple with all my seams serged and everything hemmed with a double needle.

While it’s cozy and warm and  a good layering piece, I’m not sure if this kind of boxy shape is as flattering on me as I think it is on others, but it might be my own insecurities after putting on a little “I can’t stop eating carbs” weight this winter. I also think I just made it a little too big, since I love the fit on Makes the Things. What do you think? 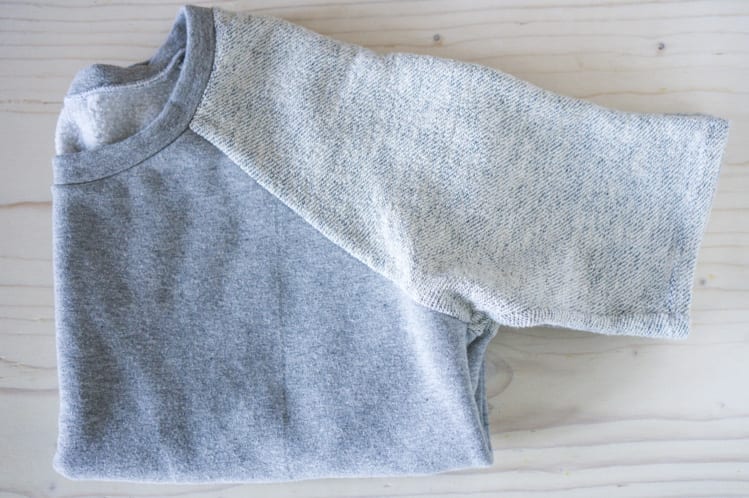 The leggings are new too. I whipped these up from a funny textured double knit I got from Globe-Tex. I used my beloved Cake Espresso pattern (which I also made here). I had enough yardage to make two pairs, one of which I gifted to a friend on her birthday. I don’t often sew for other people but leggings are so quick to make and we are roughly the same size so I wasn’t too concerned about fit. 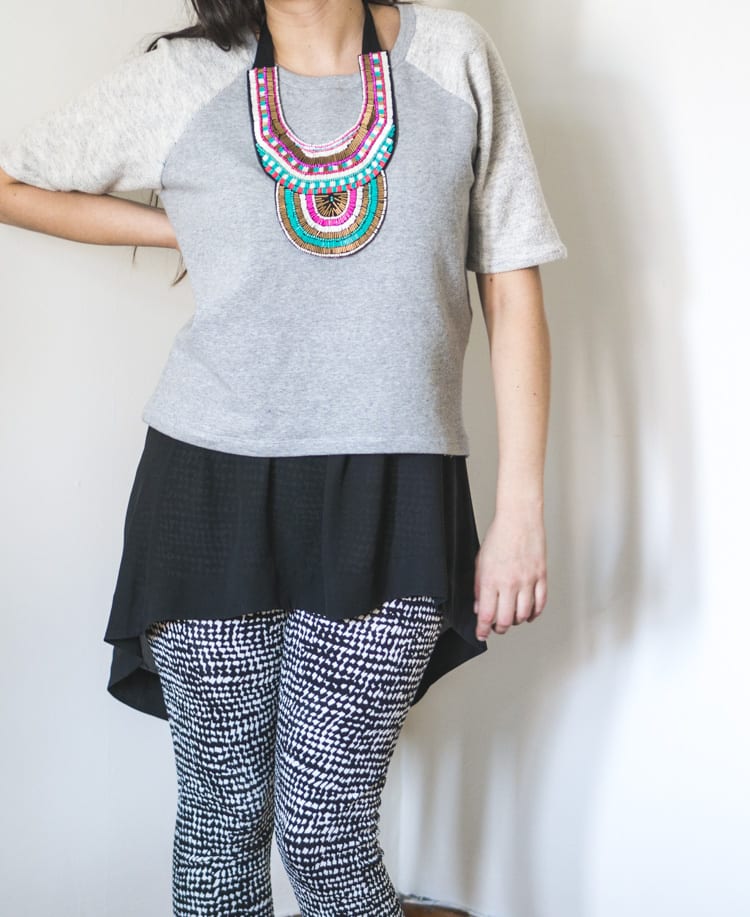 I think this might wrap up my current knits streak. The new pattern is almost ready and I’m excited to take a little time for myself and sew some complicated stuff. I’ve already purchased the new Grainline Cascade Duffle pattern since I’ve been hoarding wool specifically for that project for months. I’d also like to make a flannel Archer and I still haven’t had a chance to make my waxed Ginger jeans. A girl cannot live on knits alone….