WOW. I am still reeling from the staggering response to my post on pattern testing yesterday. It’s funny; I wrote that piece very quickly (after having an internal monologue with myself about the issue for about 2 weeks) and then tried to go to sleep. I did not go to sleep. I lay in bed for hours with a mild anxiety attack, fearful that I had been too honest, and that I would alienate people with said honesty.

I’m a big dummy. You’d think after 3 years of blogging, getting to know so many of you online and in real life, that I would know better than to underestimate the thoughtfulness, intelligence, kindness and general all-around awesome human beingness of this community.

There was some confusion about what “debate” I was referring to. I posted a few links in the comments section if you care to find them, but I don’t want to turn this into more of a thing than it already is. There have been a few posts by different bloggers on the subject over the last 6 months (none regarding my patterns, fyi). I never had issues with any particular blogger’s thoughts on the matter, but was concerned by what I perceived to be some misapprehensions or misinformation in the comments of the posts themselves. I felt compelled to speak up, as this has been a topic among designers in my acquaintance as well, and I think it’s so much better to, you know, talk about stuff, rather than have things remain in some shadowy internet nether region (aka the comments section).

If I’ve learned anything from falling in love for real this year, it’s that you should never stay silent about how you feel when you feel strongly about it, you should listen with respect to what the other person has to say, and you must never go to bed angry. I’ve fallen in love with this community, so I think the same wisdom applies. Let’s never go to bed angry my friends.

I’ve definitely had a few frustrated nights. I’m working harder than I ever have in my life, and I know how diligently my fellow indies are working as well, so it’s difficult not to feel a little defensive when the way we choose to operate our businesses is questioned or criticized. But you know what? Constructive criticism is really healthy, and this has opened up an amazing dialogue that has got all of us talking and thinking.  I’ve thoroughly read everyone’s comments, and responded when I could. The common threads I noticed again and again are as follows:

Here are my thoughts:
In regards to the perceived “clique”: I completely understand why people feel this way. There are around 10-15 blogs who get asked to test for a lot of different companies, and I’ll tell you why; they all have unique, articulate points of view, take great pictures, are knowledgeable about the craft, are active on social media and in the real life blogger meet-up world, and consistently and frequently post great, interesting content. As a result of all these factors, they have large readerships and are obviously very attractive to a new designer who is looking for experienced, talented sewists with great taste (and yes, a prominent following if they choose to share what they’ve made) to give feedback on new designs. It makes perfect sense and I don’t think many people have a problem with this practice in theory.

One of the comments that cropped up a few times is the perceived quantity of test posts all around the same time, but this is not the predominant view. I think the larger issue is that it would be nice to spread the wealth – there are literally thousands of great sewing blogs out there, and many smaller bloggers would love to be able to test patterns as well. Not to mention all the dedicated sewists who don’t blog but wold love to be part of the process, too. I think broadening the range of the tester pool would greatly reduce any reservations people have about the current way things work.

That said, a few companies (Colette, Sewaholic, Grainline, and I’m sure a few others) do mostly private testing. They don’t have to rely as much on blogger tester/promo to get the word out since they have really established blog followings already, and perhaps rely on other marketing avenues.  It’s an admirable model, but isn’t necessarily one that will work for someone new on the scene.

As far as testing vs. reviewing goes, I think it’s important for people to state if they were part of an official tester group or whether or not they were sent a promo pattern to try out. I have no problems whatsoever with people sharing their test makes if they care to do so; that is between the designer and the blogger, 100%. Unless the first run of a pattern was a complete disaster, it’s unlikely that the pattern blocks themselves will change much. The things that I have changed in the testing process were relatively minor, and no one would have been misled by any of the tested Netties that appeared after I launched. This is a preference on the bloggers end, and people’s choices when it comes to this issue need to be respected.

As far as being more critical goes, this is really up to the blogger. Not everyone wants to be a critic; while honesty should be encouraged, we should work to keep it professional and objective. Oona wrote a beautiful post about this last week.

As a reader emailed me today, “Constructive Criticism is essential to doing good work. Without it, we’d all just being putting out mediocre things and patting each other on the back.” Which leads me to a more sensitive topic….

A lot of this stuff is EXTREMELY subjective. While there is a science to pattern making, I’ll go out on a limb and say that what works or what doesn’t, what is flattering or not, even in some cases what fits and what doesn’t, depends on personal preference.

I’ll give you a personal anecdote. While most of the response to my two patterns has been overwhelmingly positive, I once saw a comment on instagram that said most of the Bombshells they saw were “unflattering”. I did a total spit take. If I believe anything in this world, its that almost every single woman I have seen in that swimsuit has looked and felt like a million bucks, feeling good in a swimsuit for maybe the first time in her life. Having my bedrock belief challenged in that way was really hard. But here’s the thing – she’s not wrong. Because that is what she thinks. It’s just subjective. I’m sorry if I’m going overboard italicizing and underlining here, but I just want to stress that so much of what we do, so much of what we make and write and create, is ours. It’s our take, our opinion, our view. At some point, we have to acknowledge that there is not always a right or wrong, but a like or dislike.

That same wise reader I quoted earlier wisely reminded me that you can’t please everyone. It’s actually impossible, as much as my inner control freak perfectionist would like that not to be the case. No matter how hard we work, be it on a garment we’re sewing or a pattern we’ve released, there will always be someone who just doesn’t like it. It’s a hard lesson to learn as someone who puts a product out there in the world. And unfortunately or not, because of whole wide universe of bodies out there, not everything works for everyone. Some patterns will need to be hacked to high hell to fit and that is just the way it goes. It’s not always easy to identify a drafting error, which is why I think it’s smart to not necessarily jump to conclusions if something needs to be modified to fit.

Having said all that, I do really love and appreciate constructive criticism, so keep it coming ladies.

I  think it’s crucial that the testing process include a wide range of figures. I have definitely been guilty of this in the past and it is something I am deeply conscious of moving forward. I did ask a few curvier pals to test for me but they couldn’t due to time constraints – I should have made a better effort to recruit other curvy gals. I think plus-size women feel marginalized enough in the fashion world, and our inclusive community should be a place where their voice is heard and valued. Because it is!

This is such a mammoth topic, I could really talk about it for hours, but I will just say in brief (haha, yeah right Heather) I HEAR YOU. As I said yesterday, I will be doing open tester calls in the future. I will use a mix of bloggers and non-bloggers a like, and I will be choosing people from a variety of skill and figure ranges. I will continue to ask my existing testing pool for help, since they’ve been so gracious and wonderful in the past, and they can choose whether or not a particular pattern is appealing or not, whether they want to share or not.

I highly encourage folks to take a look at yesterday’s comments – it was really enlightening. There were some impassioned, articulate responses and I was moved and encouraged by your words, and truly inspired to take a harder look at how this process will work going forward for my own company. Jen from Grainline, Tilly, and Eléonore from Deer & Doe all dropped in with their two cents about how they run testing for their respective companies – I found their responses utterly fascinating!

I am so thankful to everyone who piped in; you really make me so proud and grateful to be among your company. I hope to take everything you said very seriously moving forward; your insight is invaluable! 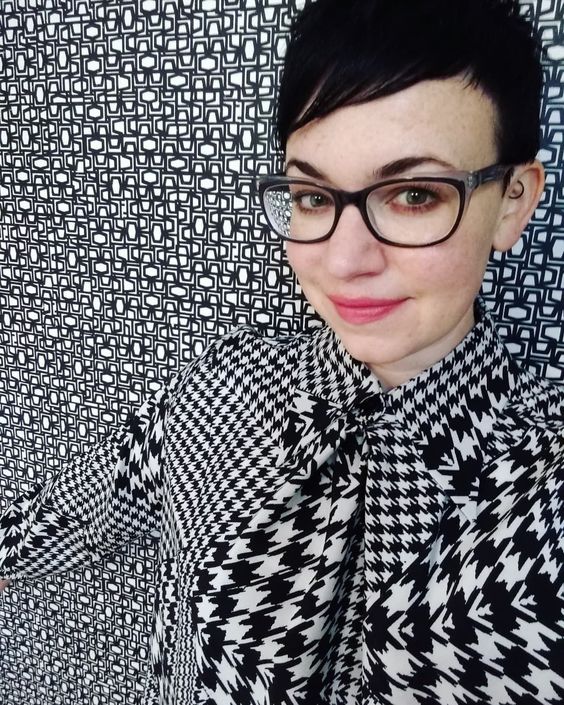 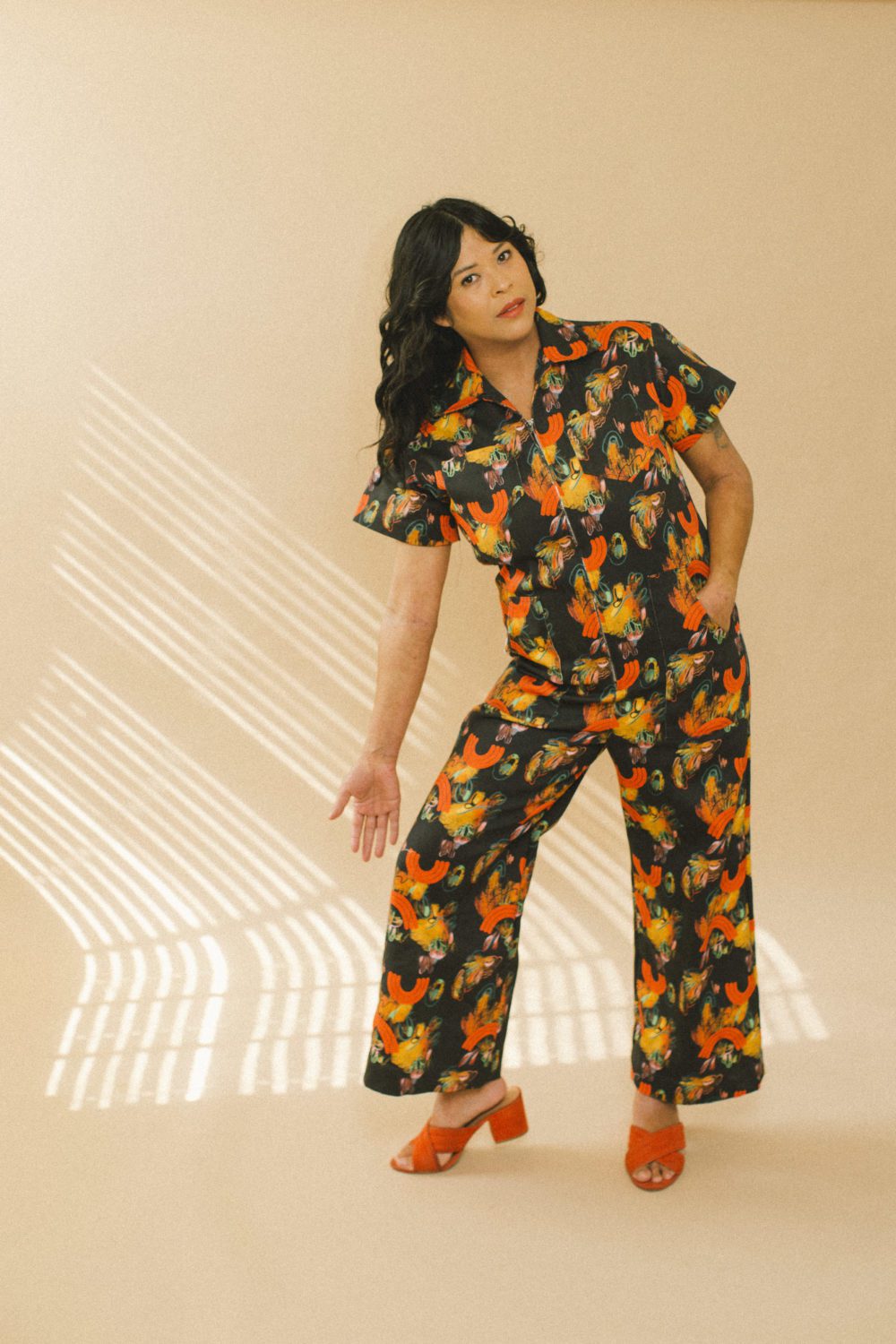 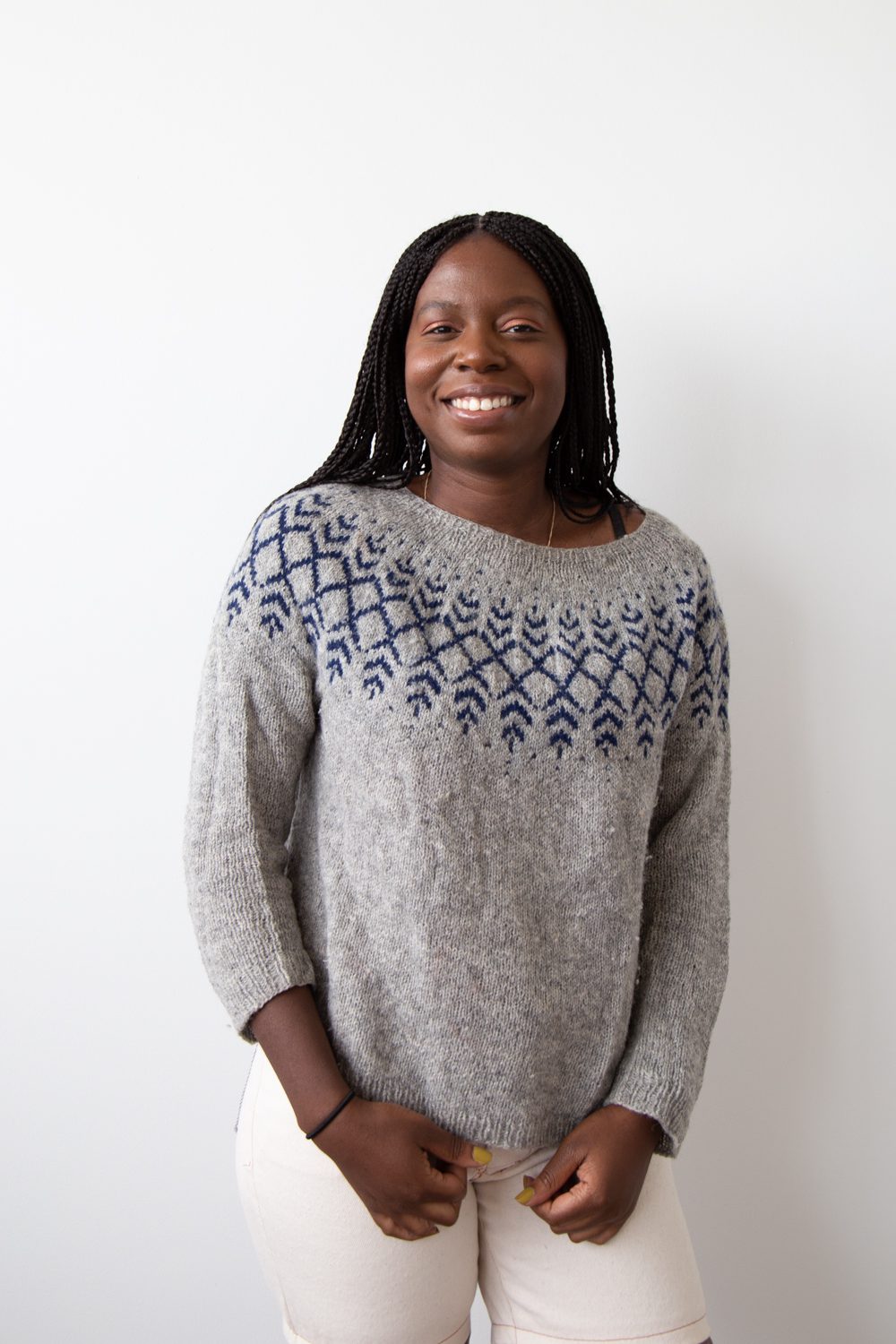 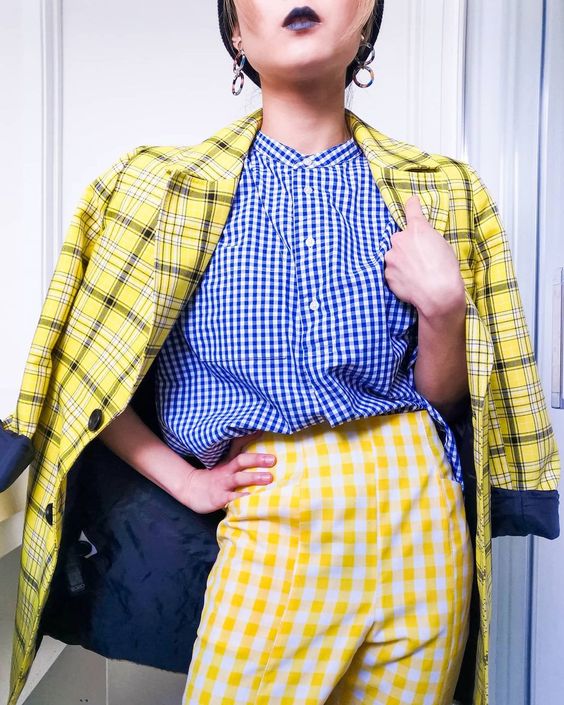 A Virtual Travel Guide for Montreal 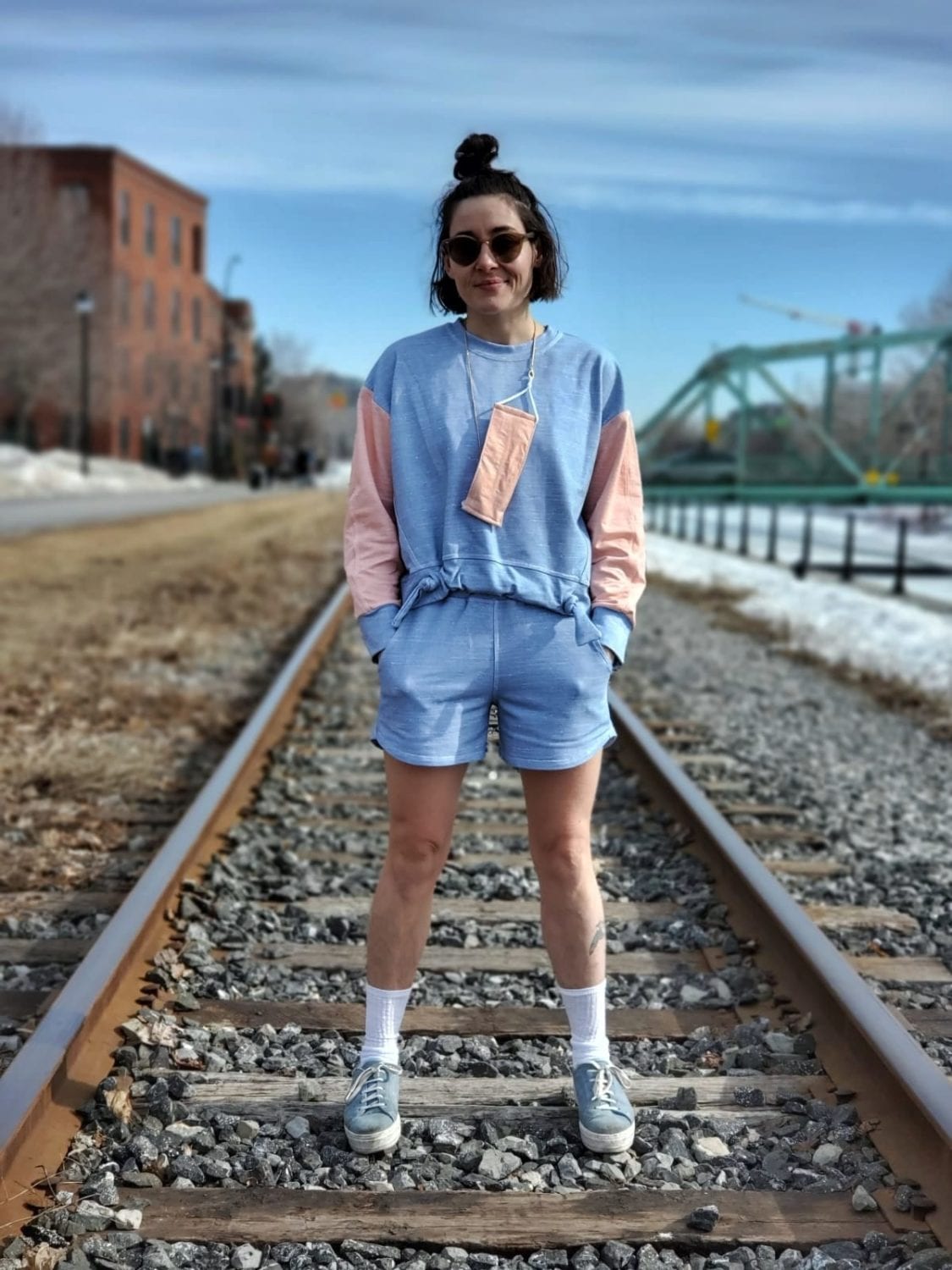 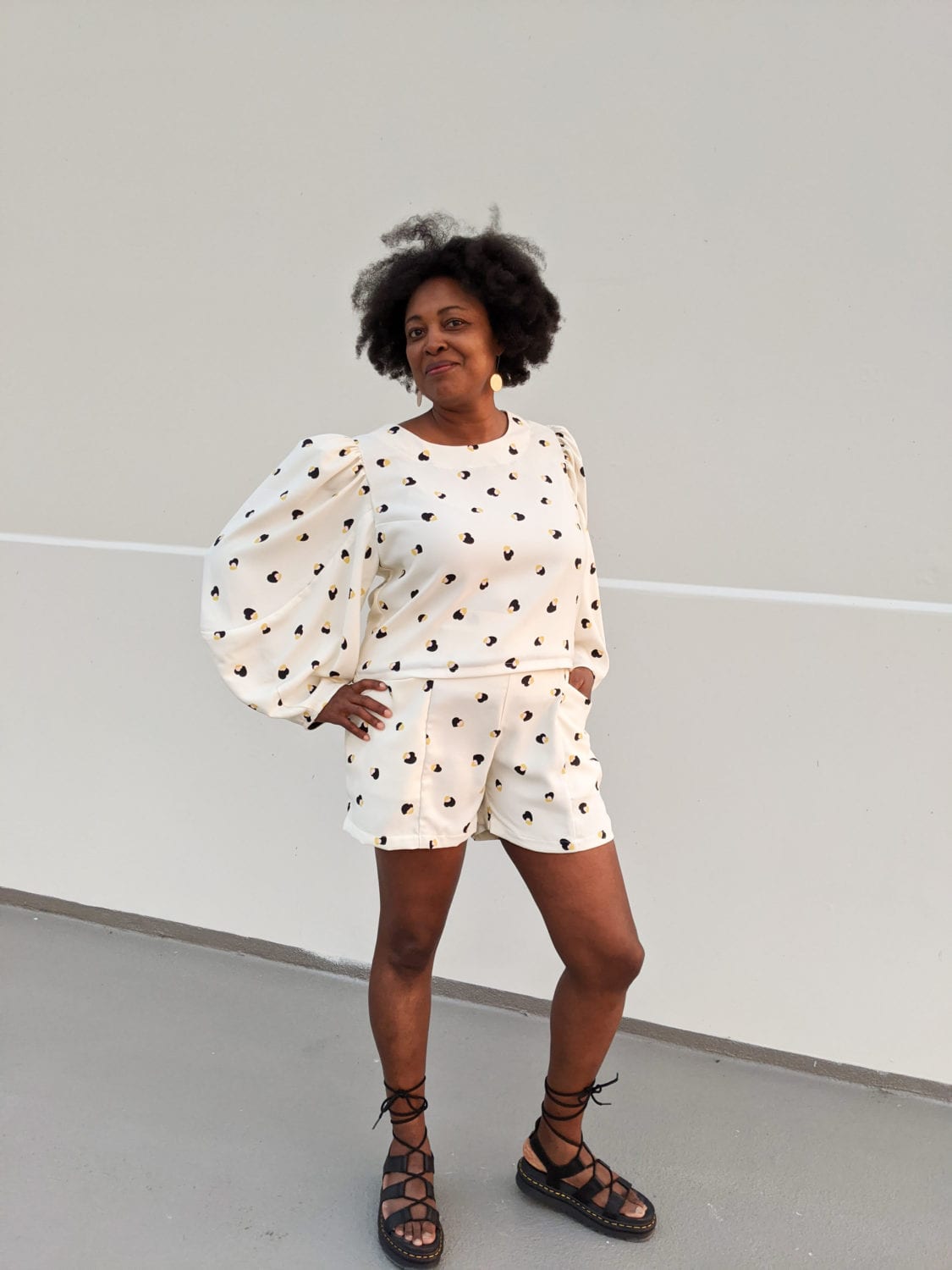 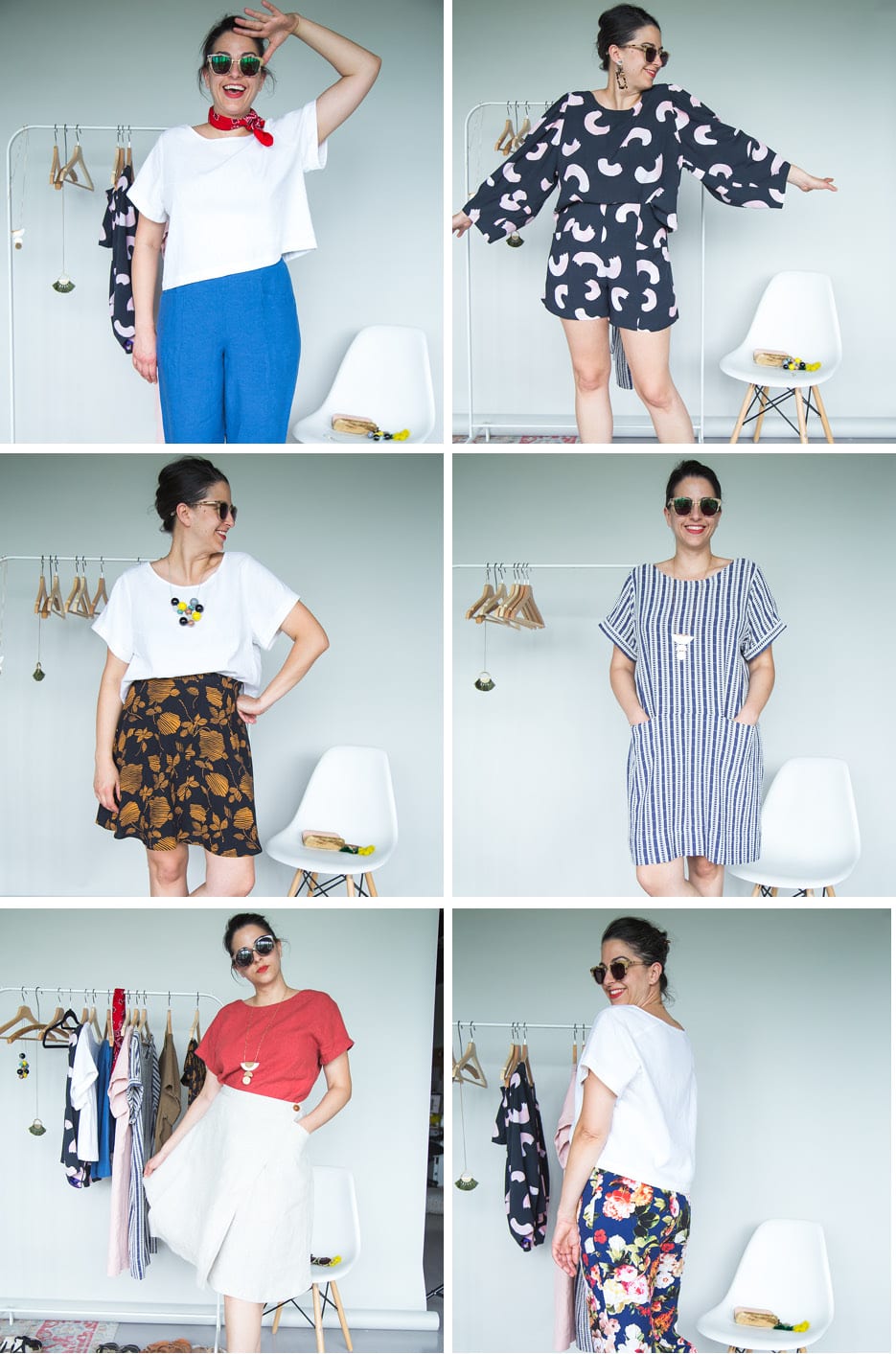 Touch Your Hair: And Other Tips for Aspiring Models