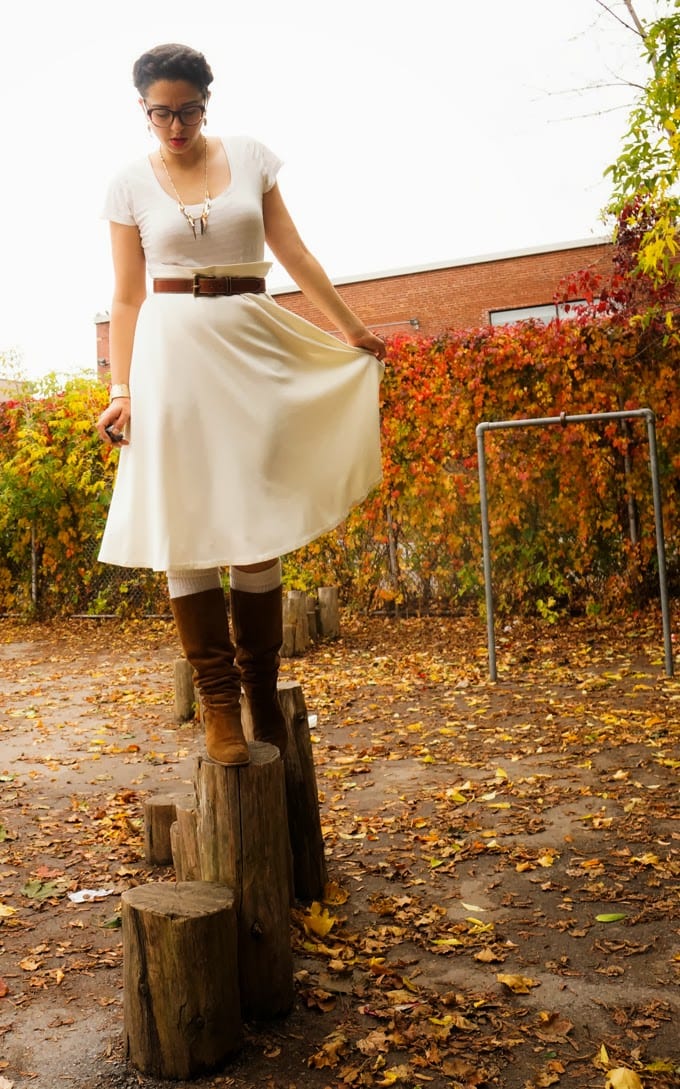 Today we turn the clock back, and “the man” tricks us into being happy with an extra hour of sleep in order to fool us into being satisfied with the fact that the sun will now set in Montreal at around 4:30 this afternoon. Aka, time to bust out the roast chicken recipes and settle in for a long season of sweaters and binge Netflixing. Right now I’m bundled up on on my balcony soaking in some sun, and trying not to think about it.

I’ve been slaving away on my sequin chevron dress, spending hours methodically removing sequins from all my seam lines. The wedding I am wearing it to is in 2 weeks time. So happy I started it early or there would be no way it would be ready in time. If it’s not fabulous, expect tears.

I’ve made a few things since I got back from New York, and first on the list was a cream midi skirt inspired by this image on Pinterest. I’ve never subscribed to the no-white after Labour day policy – there is something so refreshing to me about a flash of white against the changing autumn leaves. 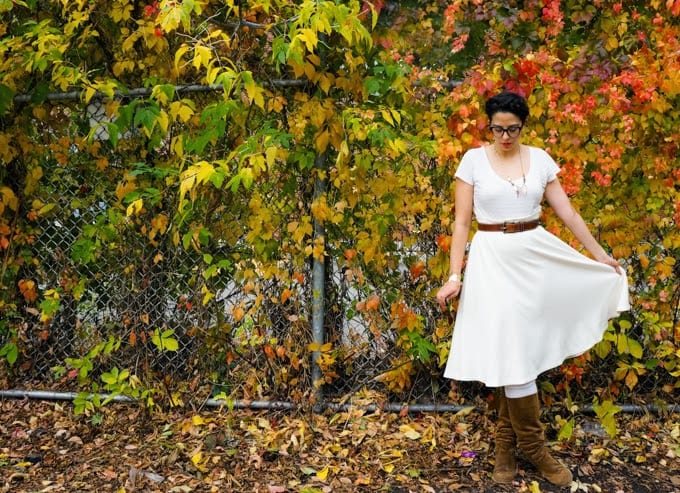 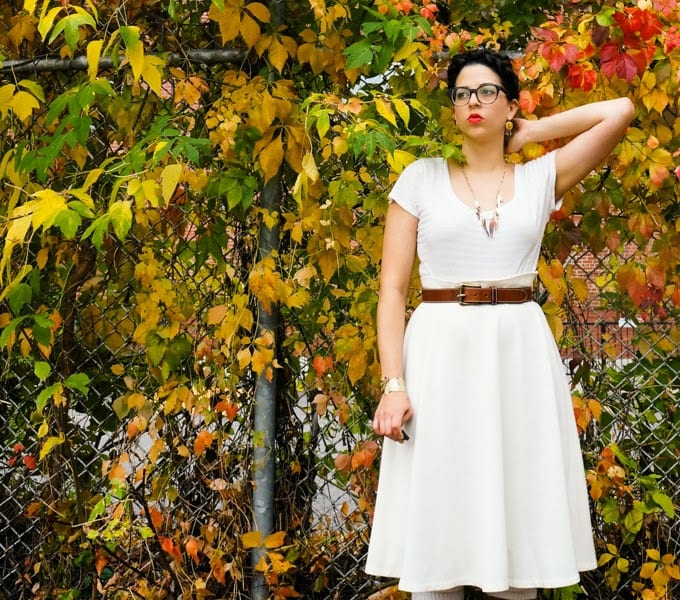 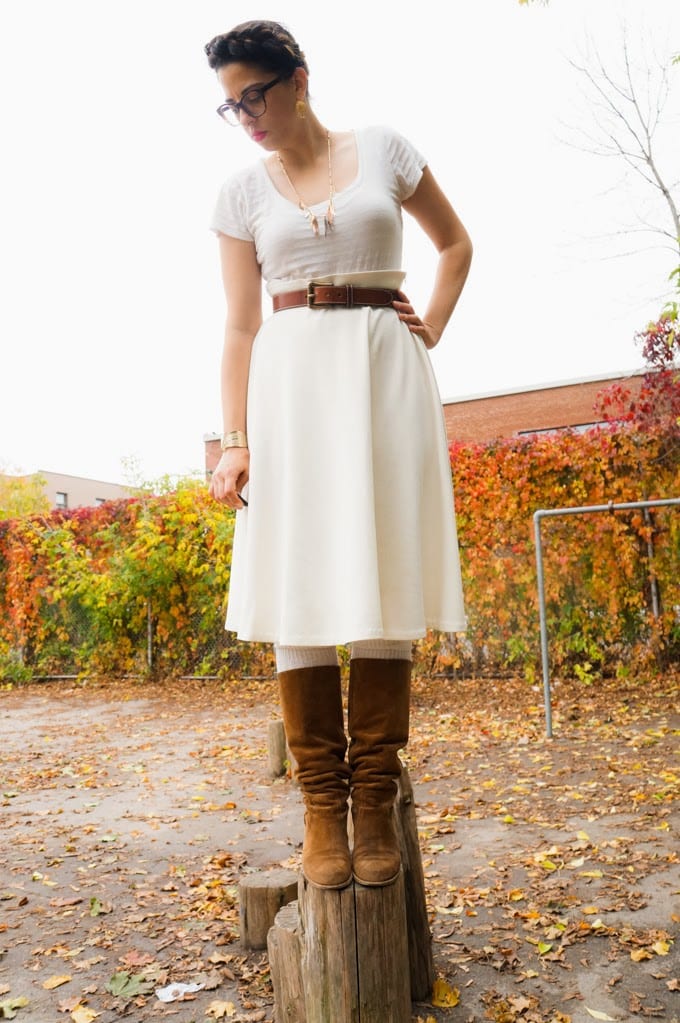 I picked up this stable cream knit for around $5 a yard, and deliberated about how full to make the skirt. I was worried a true circle skirt would be “too” full and went with a vintage pattern I had in my stash. I think it’s a 1/4 circle skirt but I’m still not sure about the terminology. The pattern was quite small so I used it as a guideline and drafted a wide waist band and changed the zipper to a side placement. Unfortunately the waist is at least an inch and a half too big. The last few skirts I’ve made were a little too lacking in the ease department and I overcompensated. It can really only be worn with a cinched belt and it doesn’t lie flat. I would probably take it in but the cheapness of the fabric is showing itself – it’s already started pilling after a few wears. I doubt this skirt will be in rotation for too much longer unfortunately, but I hope to make a similar one in the spring out of a more lightweight material.

I’m also wearing my first t-shirt! I did a ruboff of my favourite T, and I’ve been wearing it non stop. It’s SO hard to find the right one and now I can knock off as many as I like. I bought the jersey in SF (it’s a slightly burned out striped knit) but it is showing it’s quality as well as it’s pilled quite a bit. I’m wondering if there is some method to test for this before buying fabric… 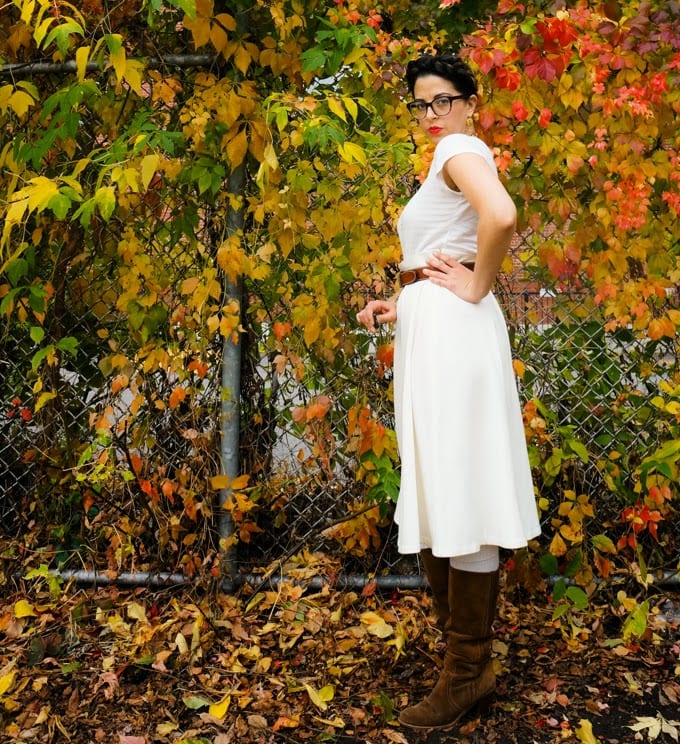 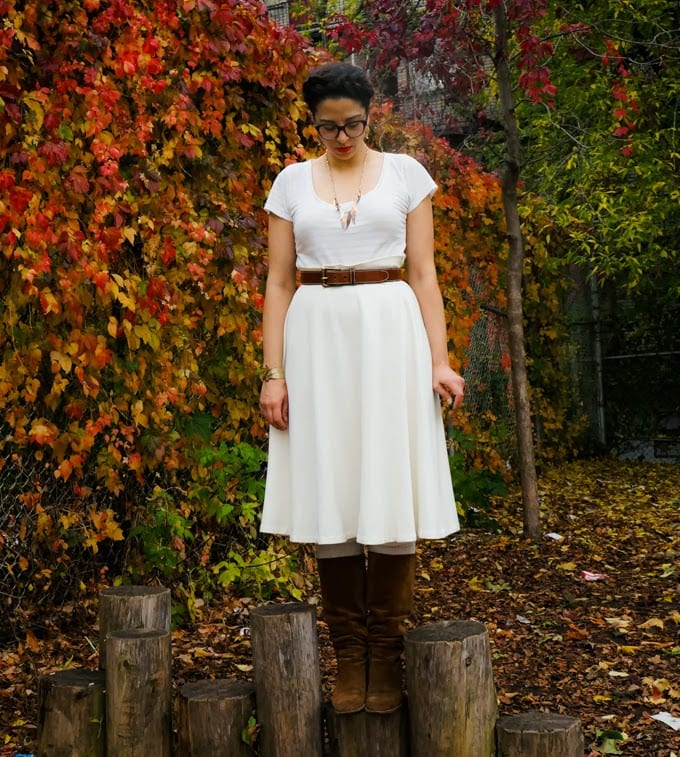 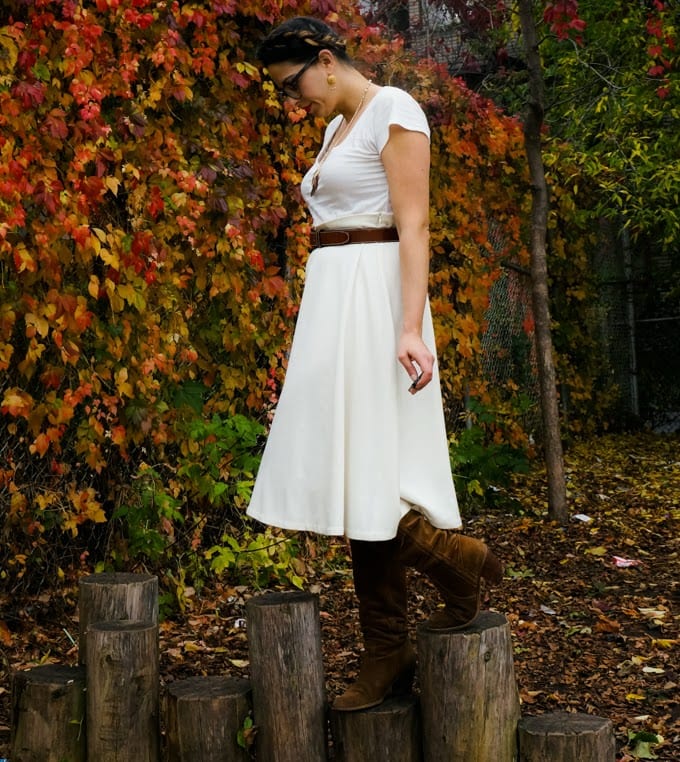 I don’t take go on photo taking field trips too often but had fun walking around my neighbourhood looking for a leafy spot. I would love to use this playground again but the dropping temperatures will probably put the kibosh on any sleeveless posing for the foreseeable future.

To be honest, I’m getting a bit of the fall blues. The winters here are so harsh and long, it is a struggle to face the impending 5-6 months of housebound hibernation with any degree of cheer. I’ve been planning lots of dinners with friends (tonight I am planning on making this recipe for some loved ones, a dish I ate in San Francisco in the spring and cannot stop thinking about).

Additionally, I’ve decided to start a 30 day meditation challenge. Like most thinky, slightly neurotic types, I have a propensity to over-analyse and over-process and get stuck in negative mental patterns which don’t accomplish anything other than anxiety. I’ve been hearing so many great thing about meditation as a remedy to this behaviour so I’ll be trying to integrate 1 or 2 short sessions a day into my daily routine. I’m trying the Transcendental method to start (although there are many schools of thought on this) because I find repeated mantras  to be an excellent way of quieting your thoughts and refocusing your energy. TM is quite controversial because the courses are very expensive but I found a list of their mantras here. I’m often very sceptical of anything with a whiff of the new age, but so many surprising people I admire and respect are devoted meditation practitioners and claim it gives increased energy, creativity and inner calm (Seinfeld and David Lynch are devoted Transcendentalists). Has anyone else experimented with mediation? I remember my trip to San Diego last year when I was guided around by the sweetest, most thoughtful man. We went to go check out an architectural landmark and he left the group to go and meditate for a half hour by the ocean. His centred, peaceful energy totally made sense after that. Something to strive for. 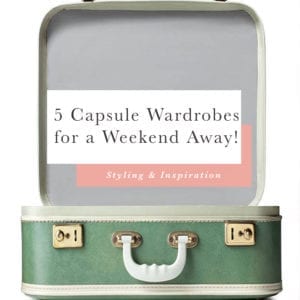 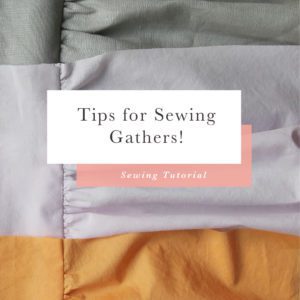 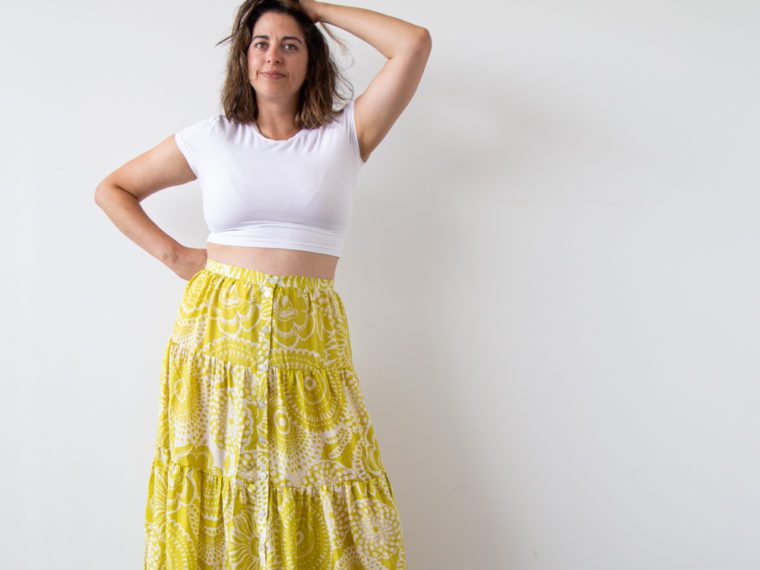 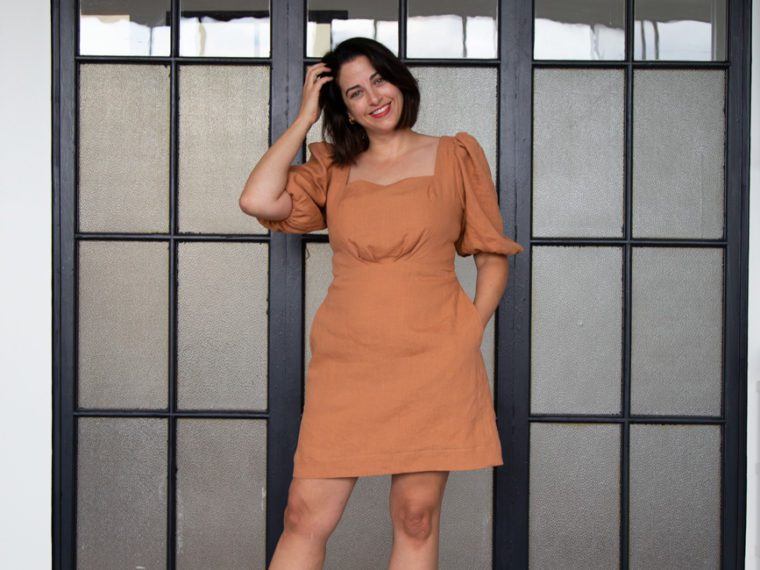 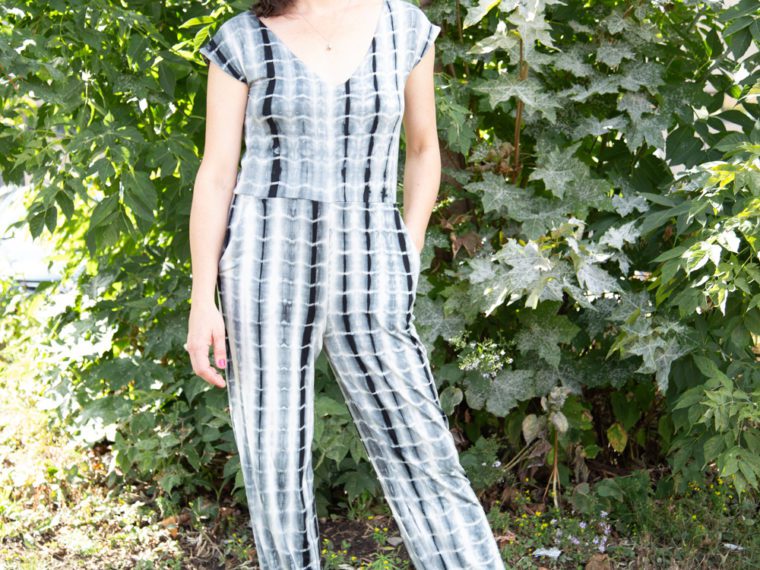