Another Zadie Jumpsuit – This Time in Black Cupro! 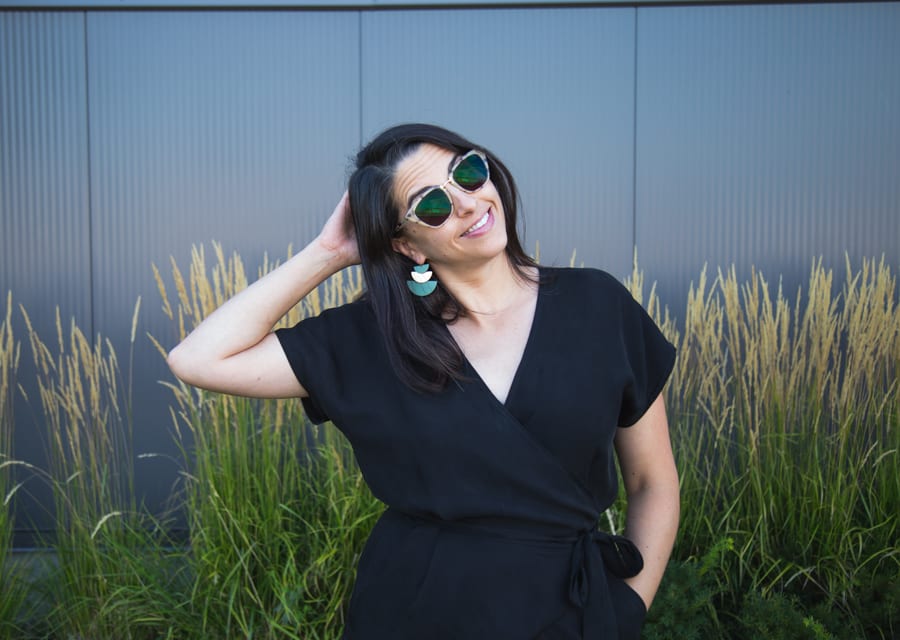 Sometimes a pattern is just so darn good you gotta make it twice! Such was the case with the Zadie Jumpsuit from Paper Theory. I made one in a lovely lightweight denim a few months ago and was wearing it so much I determined it needed a friend. This version was inspired by one I saw Kelli wearing. The matte black cupro really dresses up this pattern; I love when a fabric choice dramatically impacts the vibe of a garment. 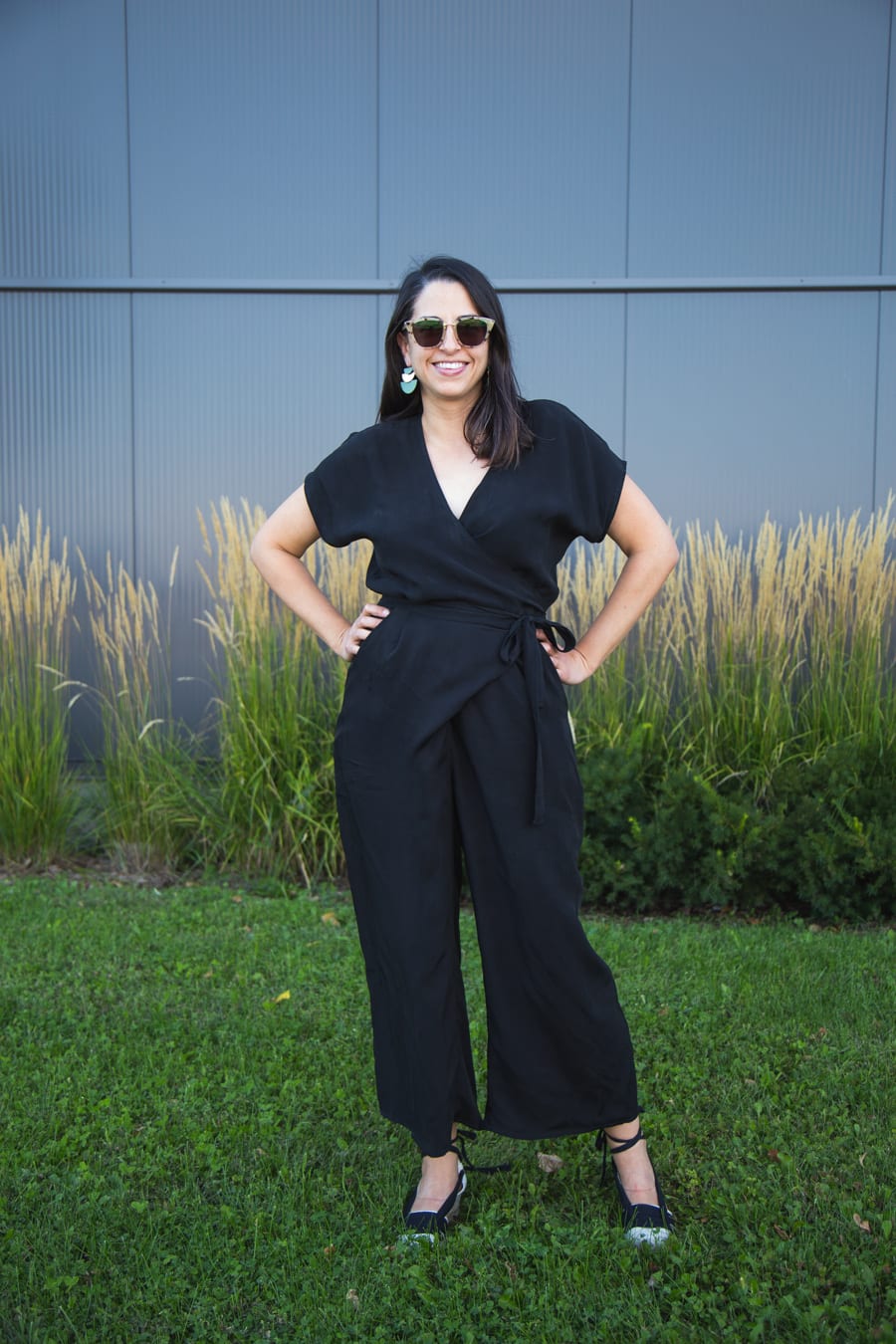 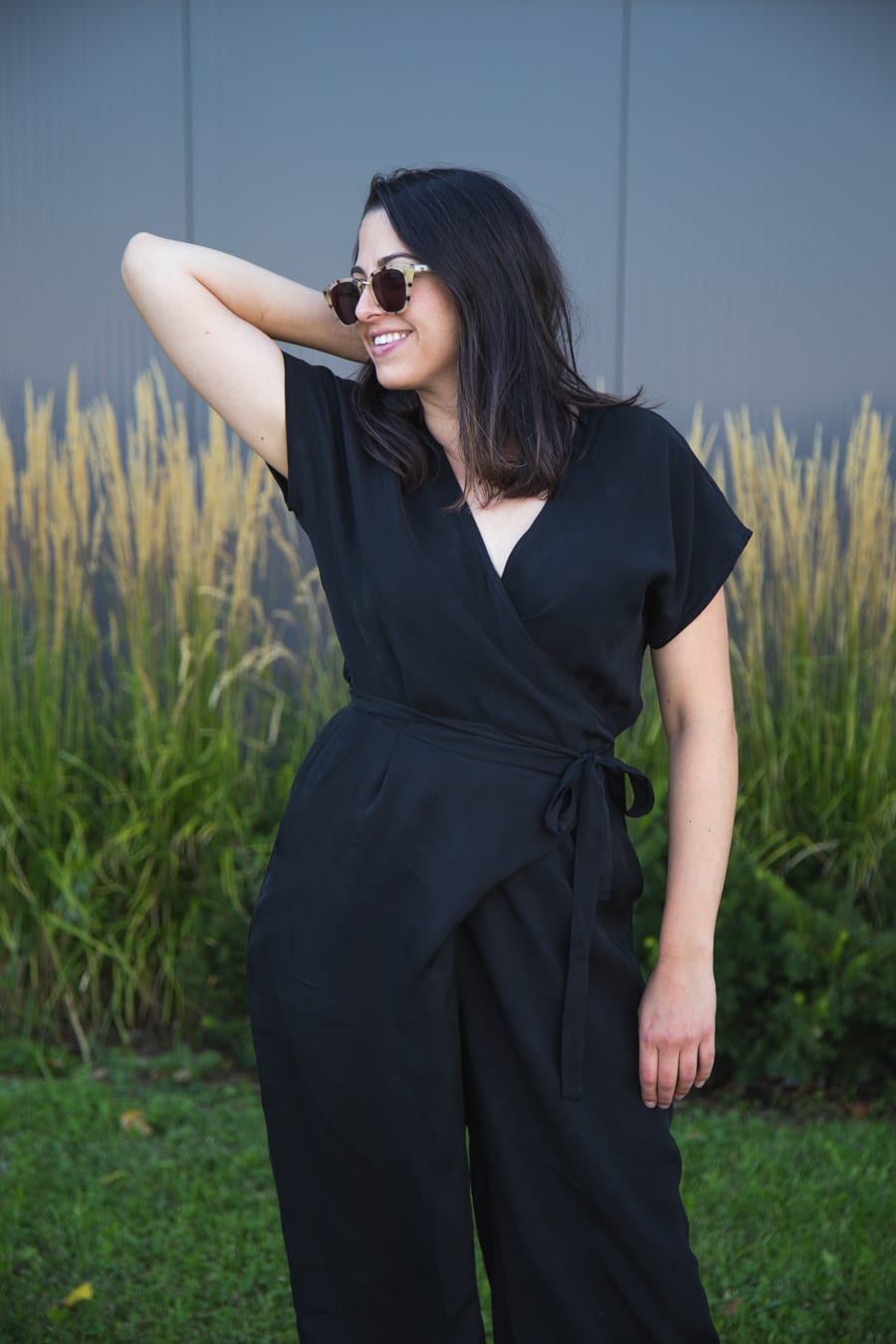 I managed to track down some cupro twill from Stone Mountain & Daughter, although they don’t seem to have any more in stock (Blackbird seems to have some though!) Cupro is another one of those engineered “natural” fabrics like rayon; it’s made from cellulose fibers and moves and feels like a lovely sandwashed silk. It is also tricky as heck to work with, especially with the double-fold bias binding on the neckline.  I had a heck of a time getting it to behave (commands to “sit” and “stay” did not seem to have a discernible effect, alas). That bias tap caused me no end of headaches, and the neckline seems to be gaping a bit more than my first version. I can’t pinpoint whether this was due to a cutting error or just the nature of such a slippery fabric, but I do need to be a bit more careful about bra peekage with this make. If I could go back I would do a simple bias tape neckline rather using the double fold since it’s not quite as neatly sewn as I would like. 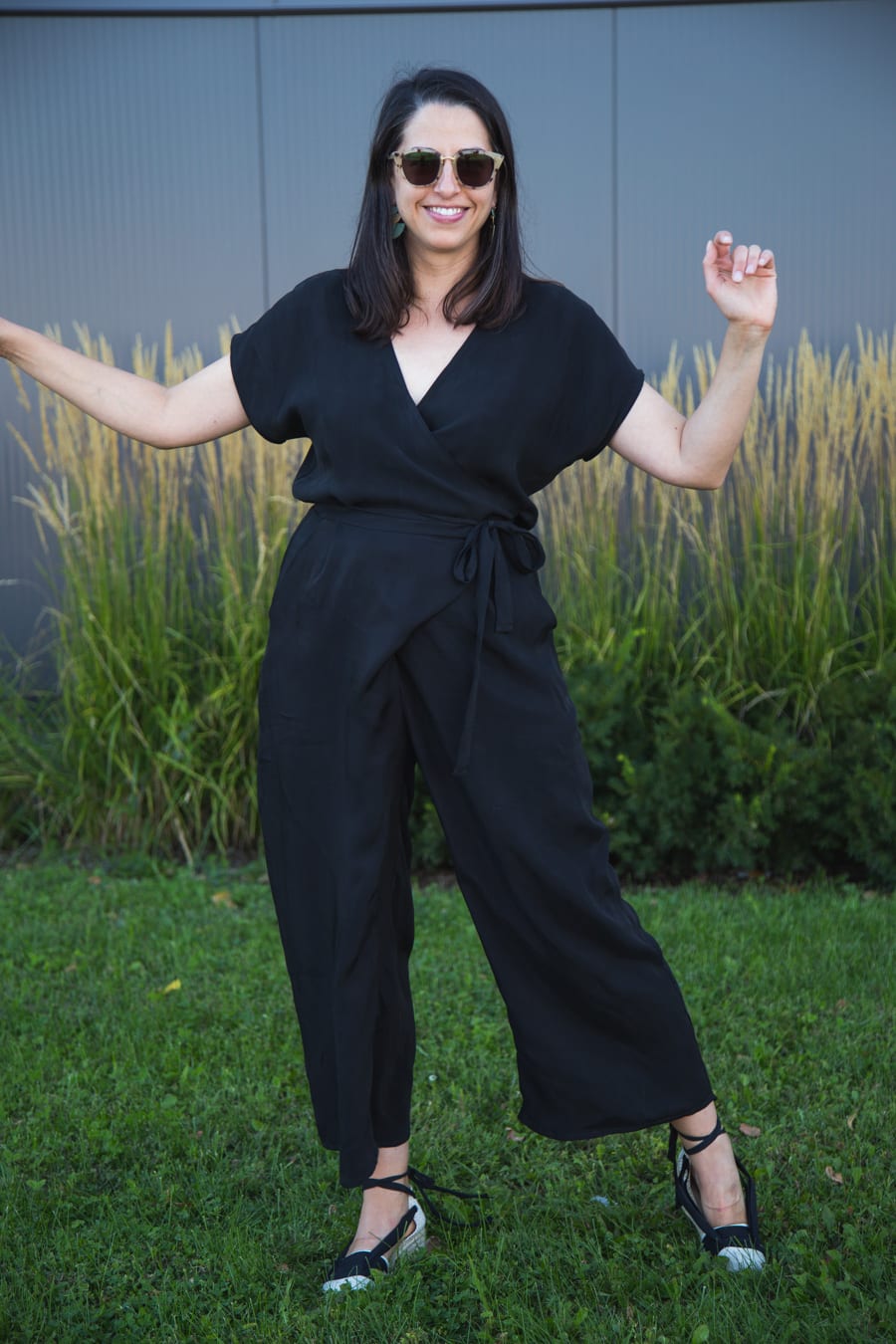 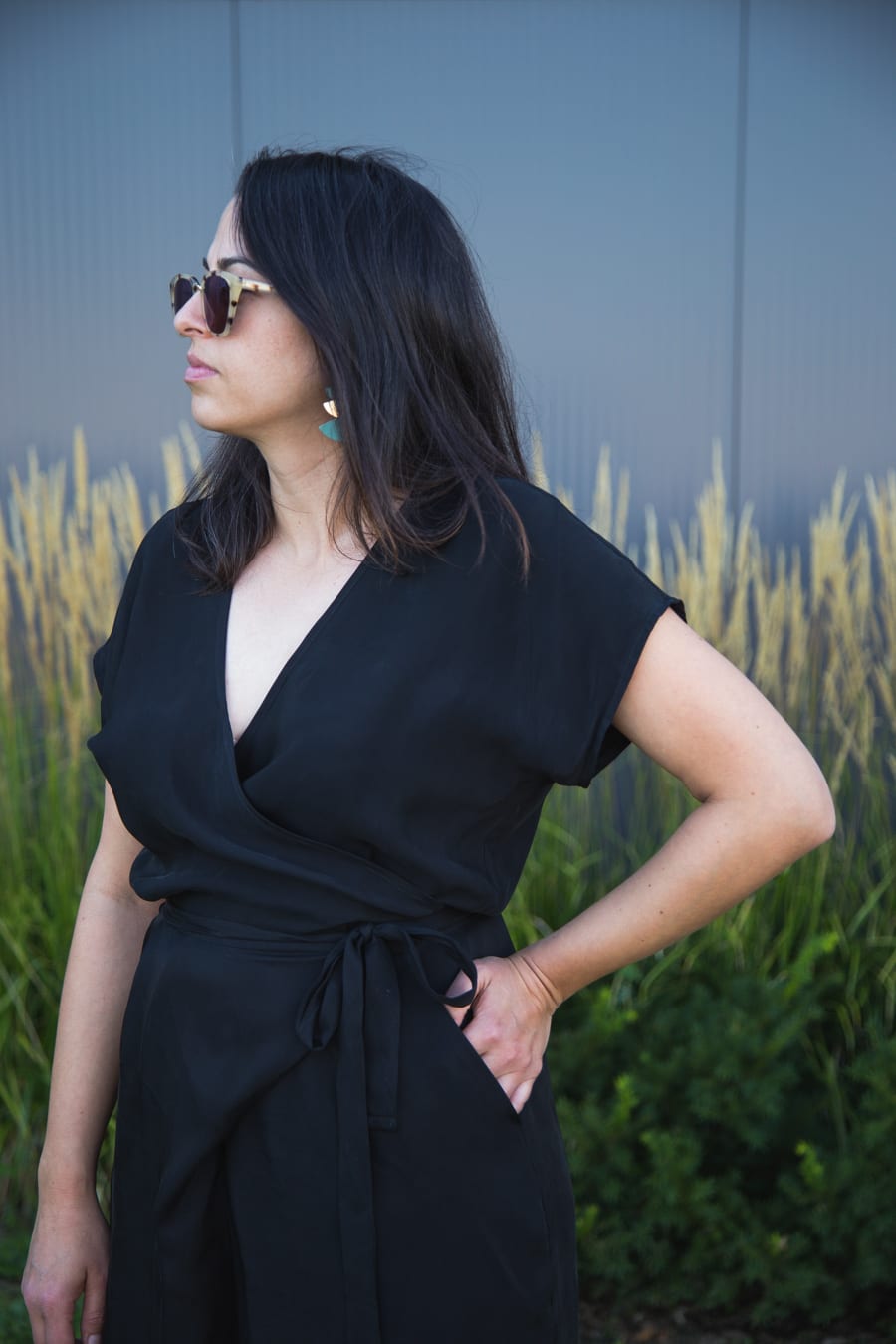 That said, good sweet lord do I love this jumpsuit! I don’t wear that much black when I stop to think about it (the early aughts were really the golden age of my love affair for that fashion editor favorite) but I feel SOOO chic in this! It’s drapey and soft, and I love the way the light reflects off the fabric; that sandwashed texture is so luxe. I’ve been wearing this when I need to feel a little fancy and put together, and it’s a pretty good first date outfit (too many of those this summer) as long as I’m careful to make sure the girls don’t make a sneak appearance. 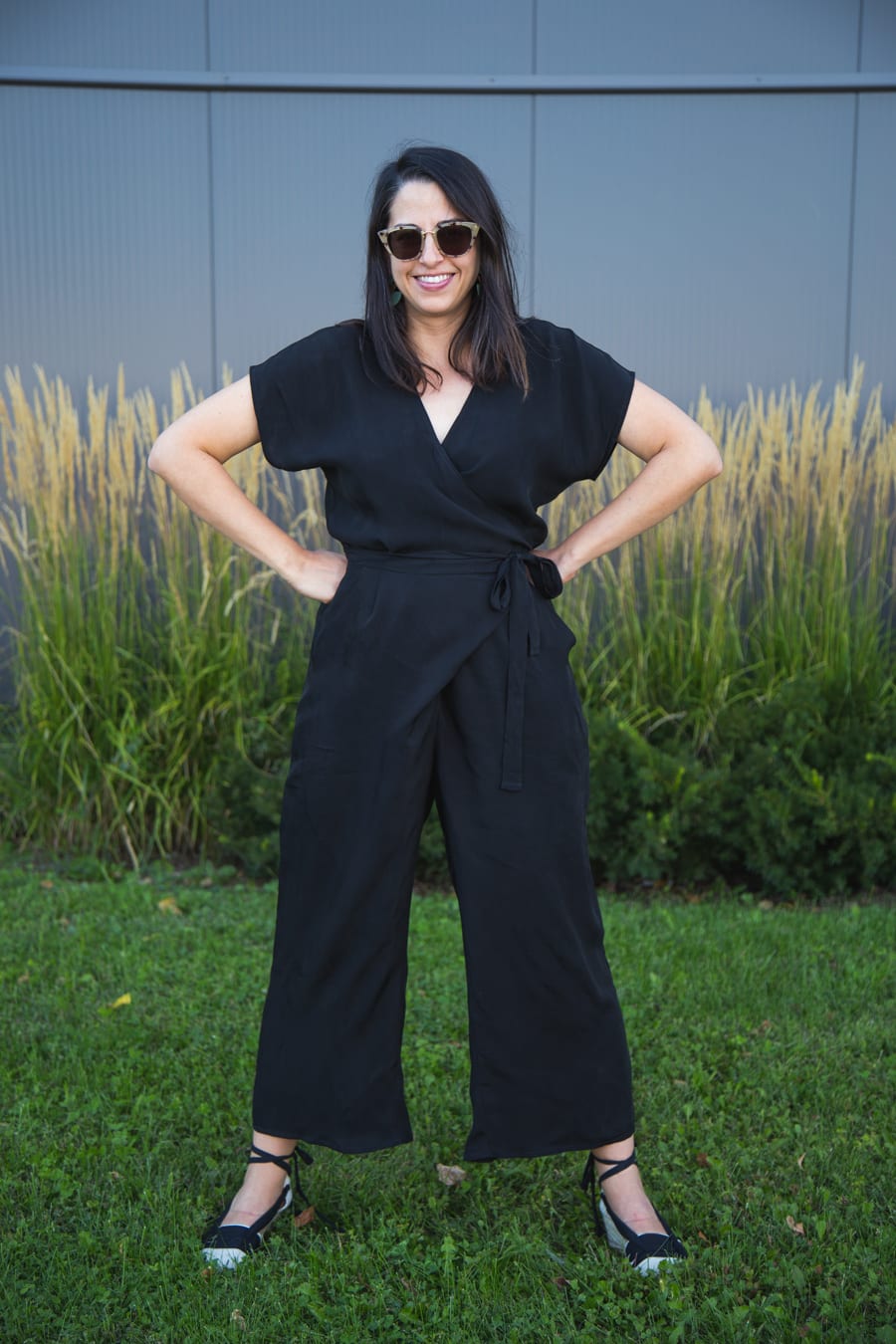 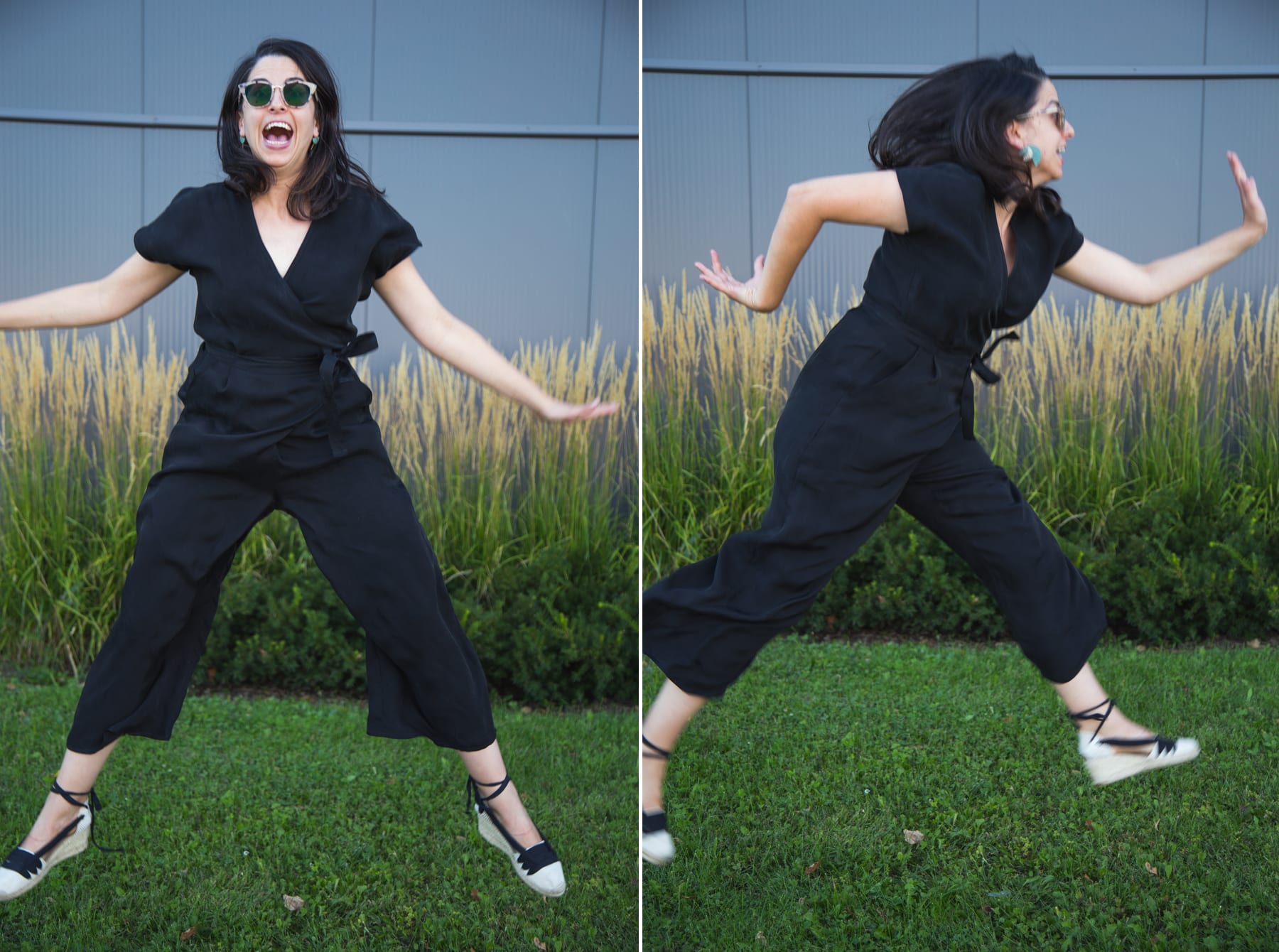 This fabric does wrinkle like the dickens, but thankfully it’s a bit less noticeable in such a dark shade. It feels so good against the skin it’s totally worth it.

Have you seen with cupro before? Did it make you sweat as much as it did me?