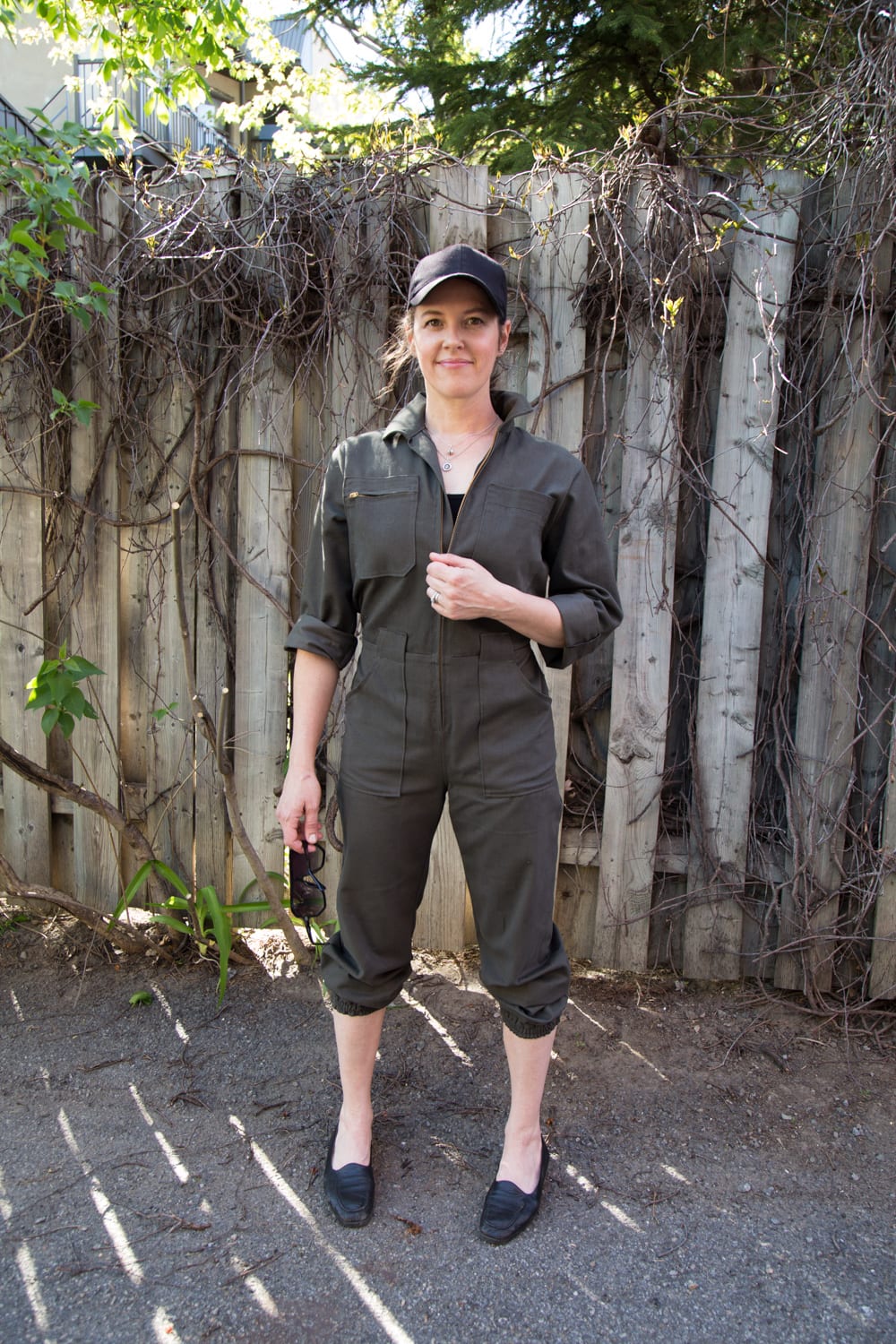 Hi y’all. Amy here. When we first started drafting/planning the Blanca Flight Suit both Heather and I were pretty far in on the boiler suit trend. We both had a few vintage suits already that we had picked over and we debated which features were the most important. One of her suits had elastic in the back and I liked how you didn’t need a belt, but it still fit snugly at the waist. I knew I wanted to make a version like that for myself. I also knew I wanted to be able to turn the legs into peddle-pushers because I like letting my ankles breathe but I also like having the option of long legs if I wanted to dress this up with heels. After raiding the studio during the quarantine for some elastic, I snuck back to my lair to sew up my suit. I love sewing this pattern. This was my third version and I like how customizable it is while giving you a nice chunky project to get immersed in. During those early days of the lock-down I was so anxious and having all these pockets and collars to obsess over was exactly what the doctor ordered (maybe even literally since Fauci was telling us all to stay home and sew right?) 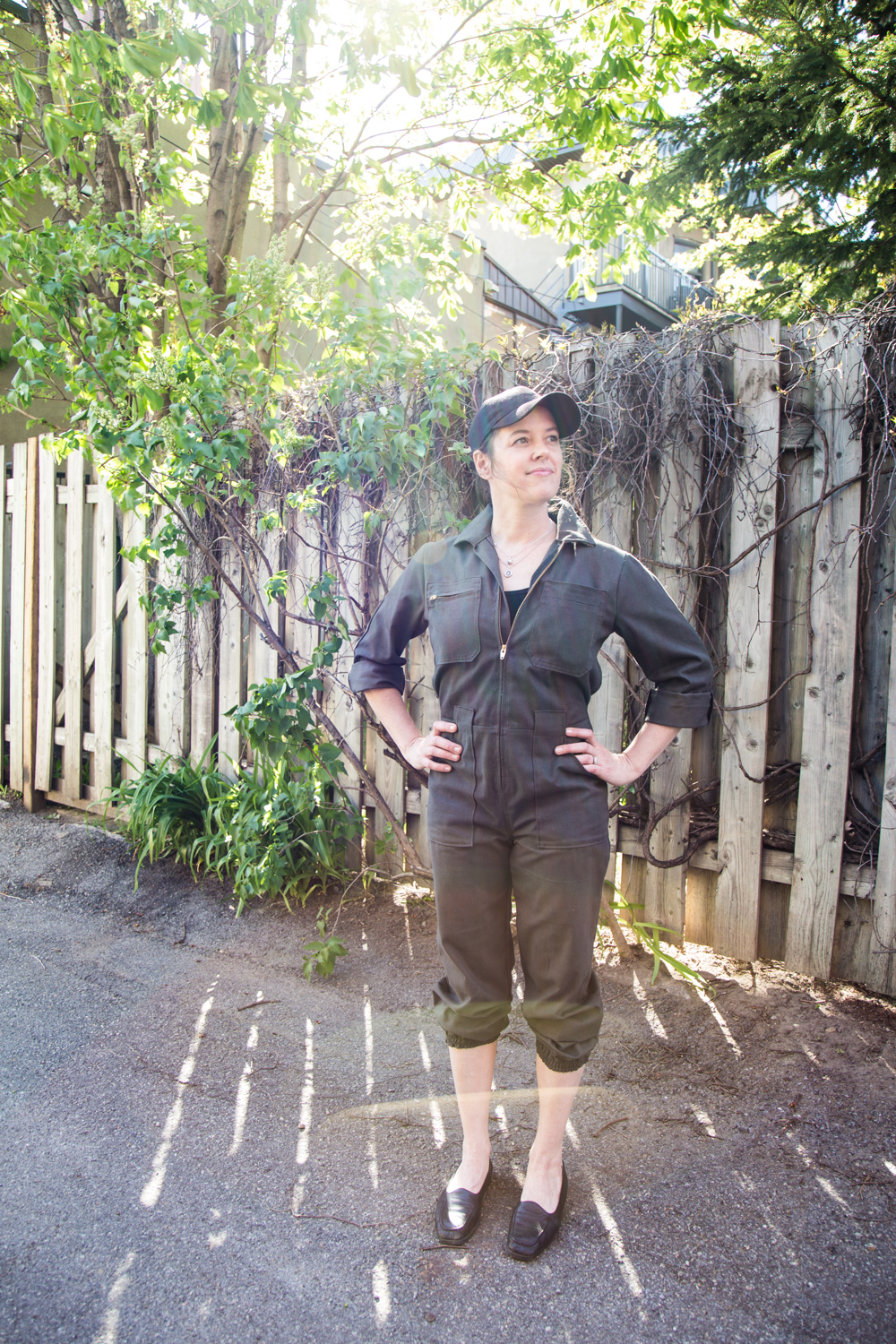 I also did a little pattern hacking with the pockets by making one with the zip and leaving the other one open at the top (but I used the zippered pocket pieces sewn together so they were the same size) for my big ass phone. 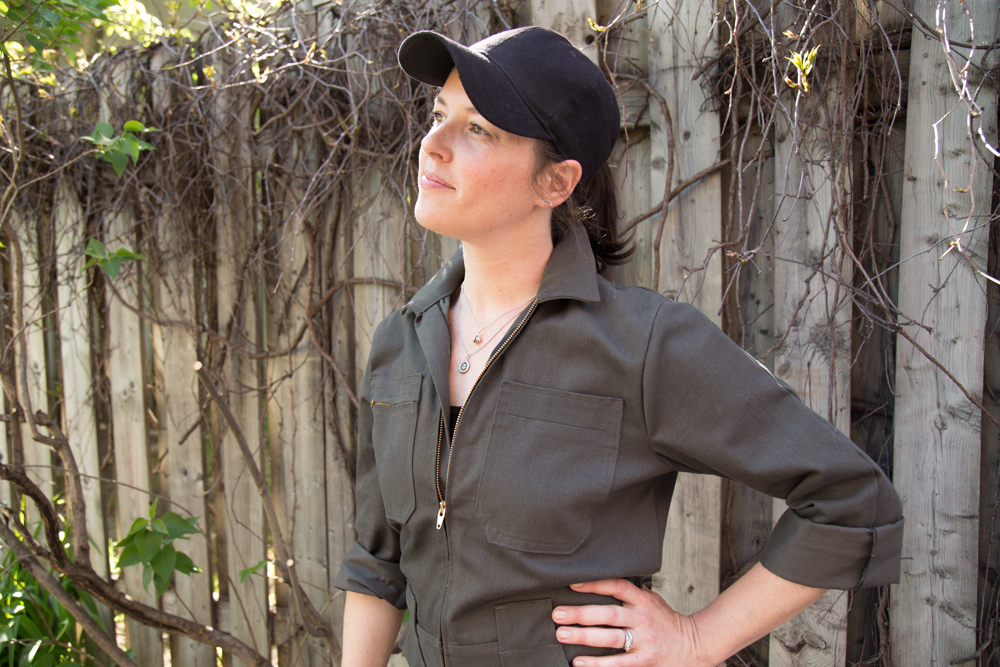 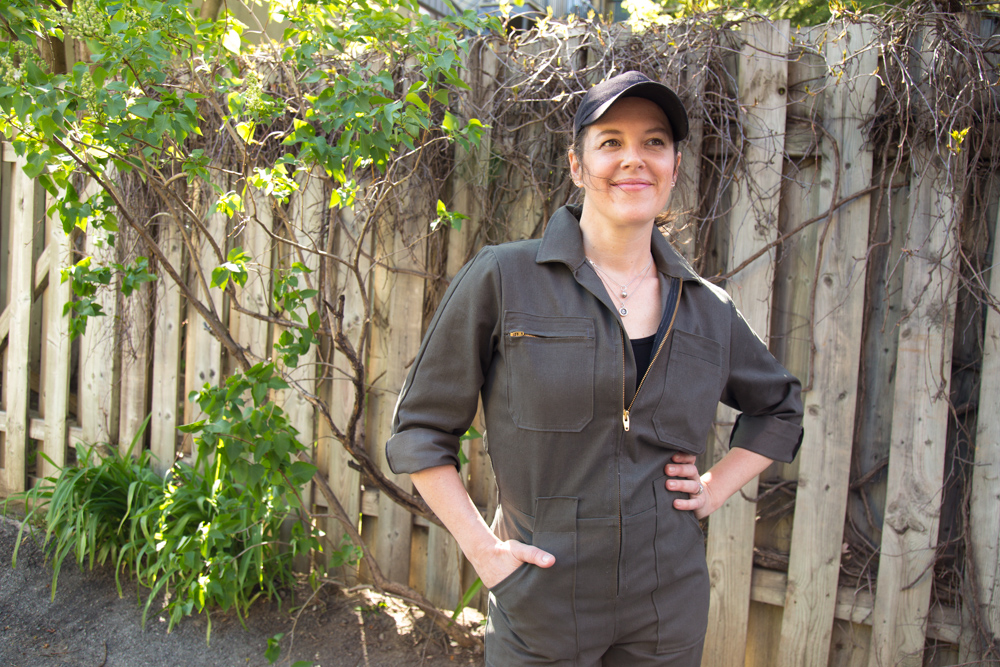 The fabric was some stuff that had been lying around the studio for a while and is a nice sturdy twill. The colour is not the most special but after having made a bunch of Sienna jackets in every shade of army green known to man I was kind of into this greige muddy colour. I think this look evokes some Top Gun vibes without being too on the nose. 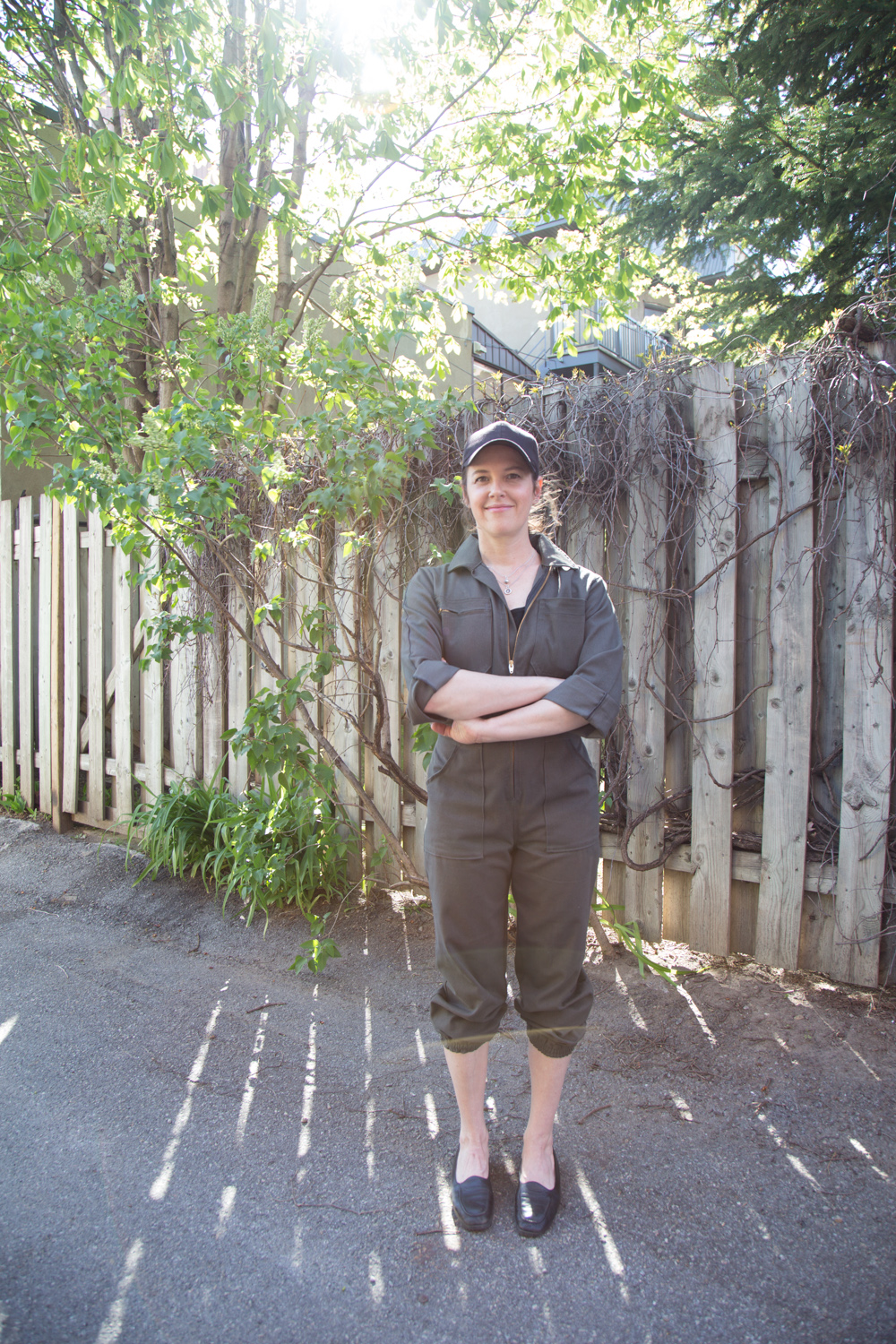 Maverick or Goose? You decide. 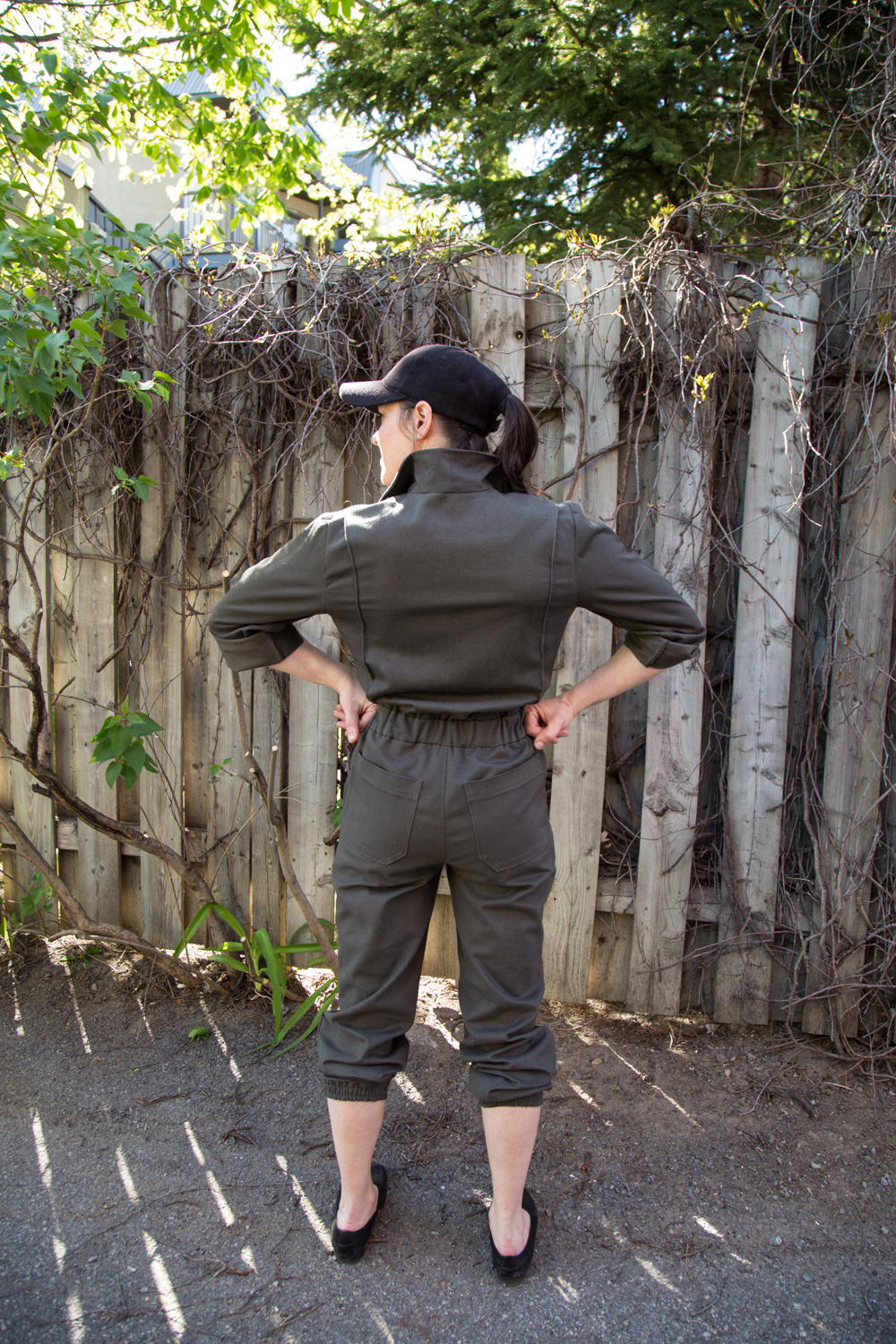 I might need a big patch on the back? As for the waistband I used the Pietra Pants sizing as a guide (for my size 8 I used 12.25″ of 2″ elastic). When you have the entire back assembled, you sew the elastic at both ends into the side seam allowance and then sew down the facing being careful not to sew over the elastic. I might also topstitch over this at some point as I did with the cuffs. I wanted to make sure I liked it first, which I do! 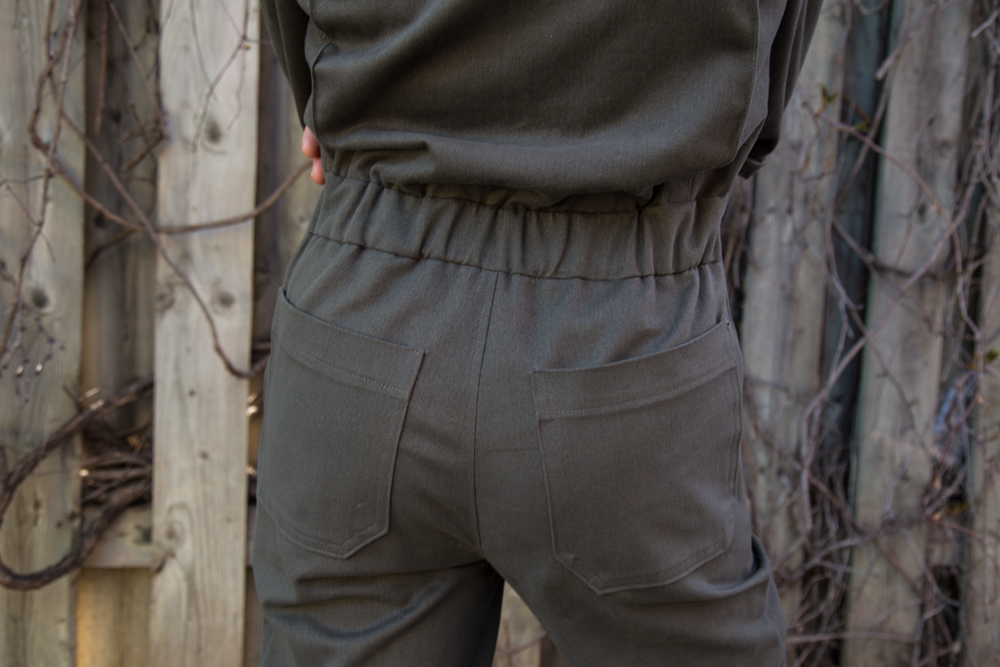 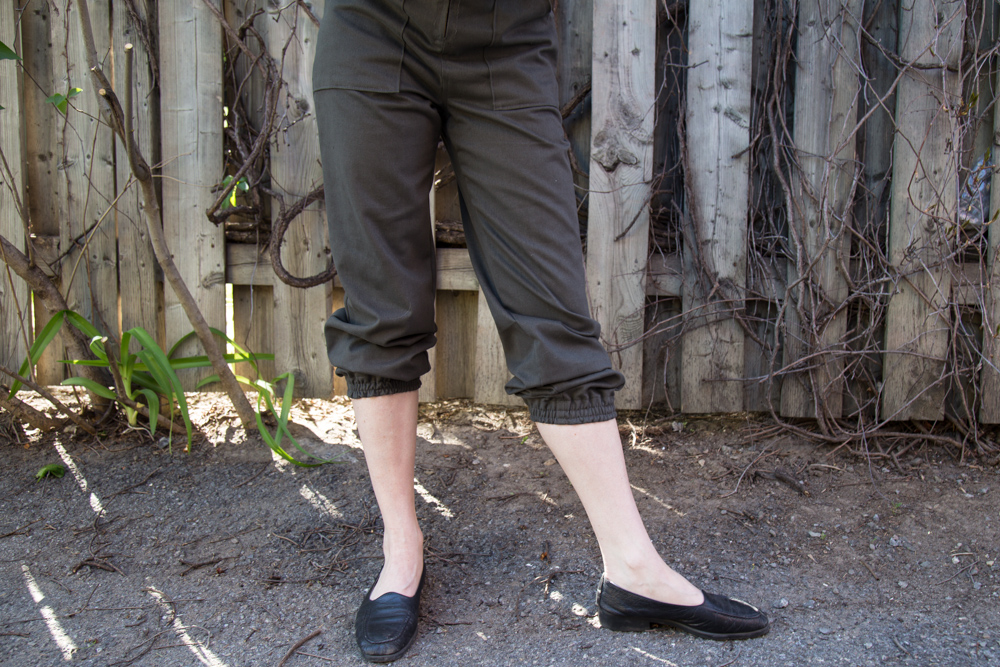 For the cuffs I sewed a widish hem leaving a little space to get my 1″ elastic into the channel with a safety pin. I sewed the loops closed, fished the hem and then finished them with two rows of topstitching. I should have shown you what it looks like with the legs down too I guess, the answer is: cute! 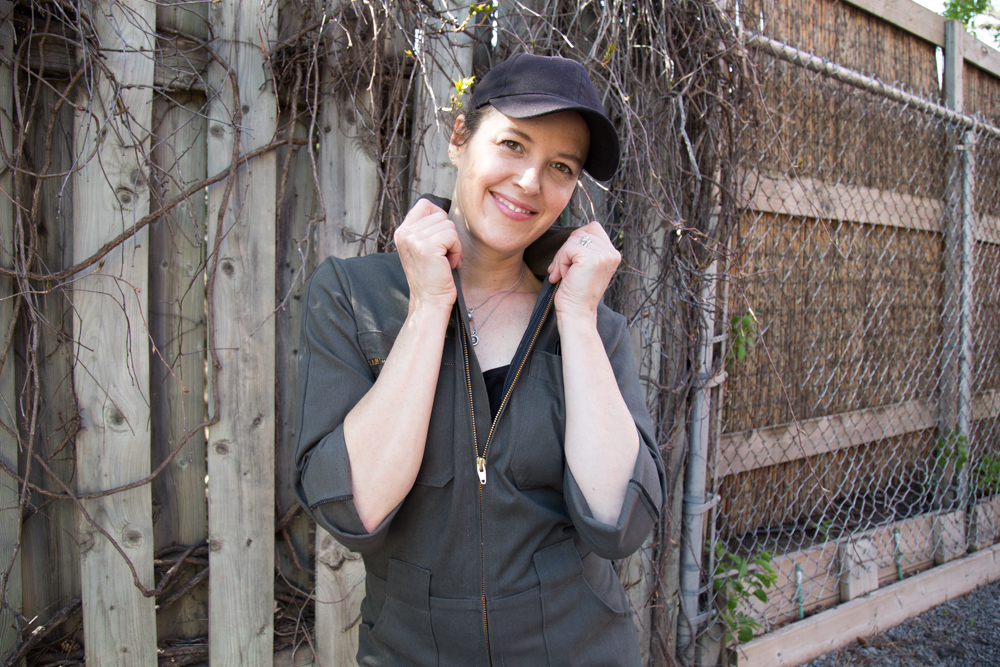 I think this is going to get a lot of wear in the fall, layered up or if we can ever go out again, dressed up with boots or heels. I am a tomboy at heart and I just love how this pattern is so androgynous but still sexy. Or at least it makes me feel sexy, and that’s all that matters. And now, if you’ll excuse I am off to the… danger zooooooone!! 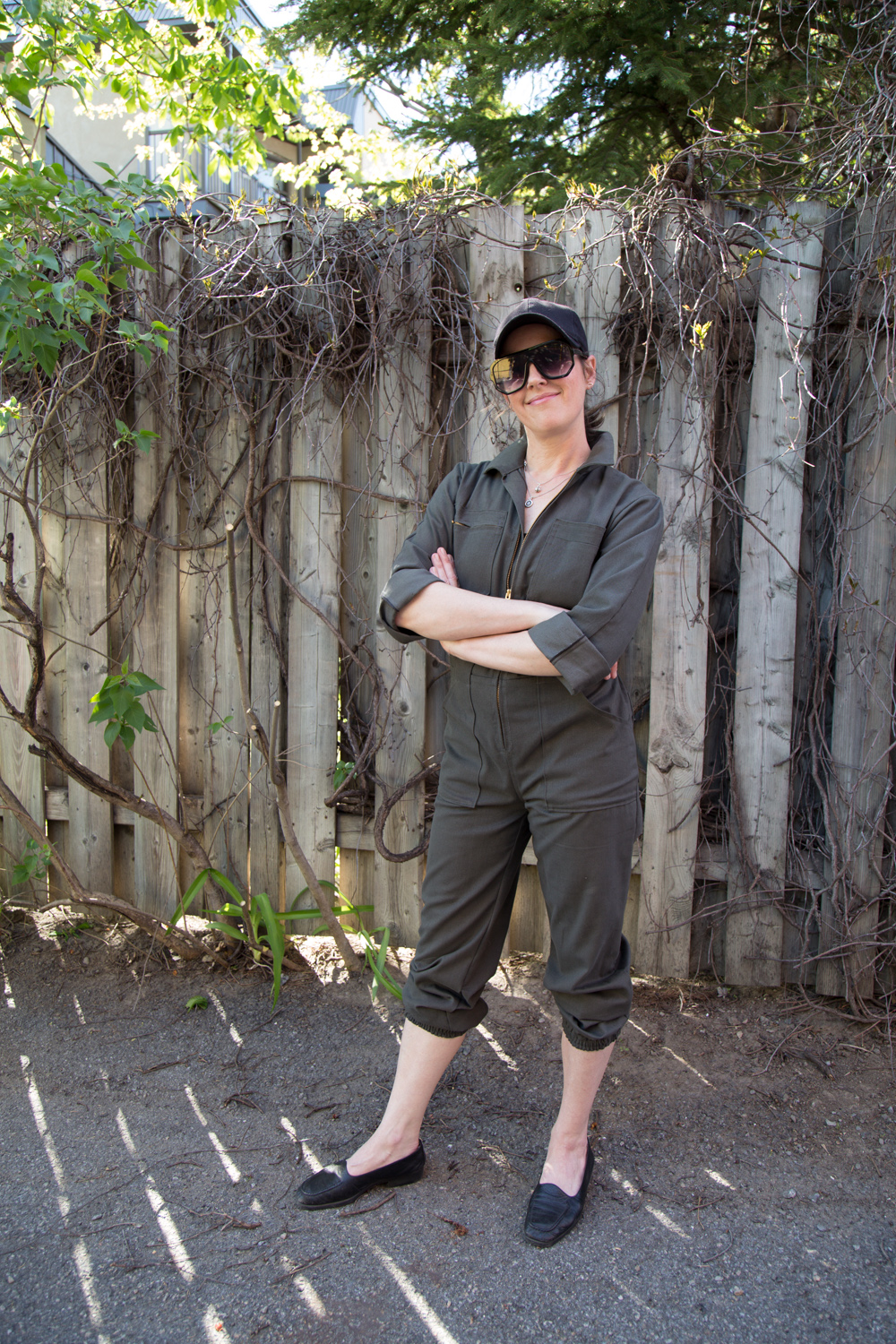