A Blanca Flight Suit in Tencel 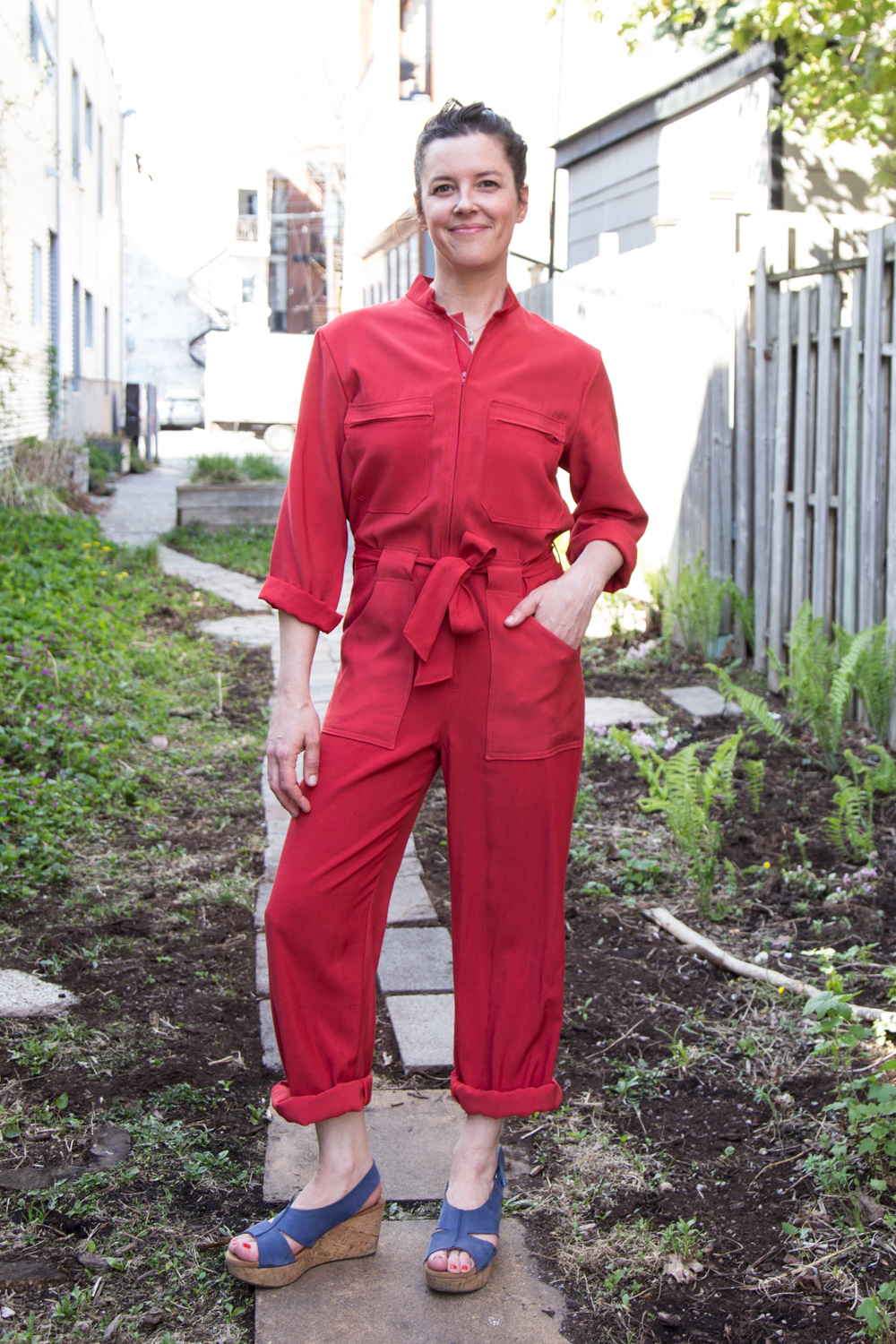 Hey y’all. Amy here. Back when we were planning the photoshoot for the Blanca Flight Suit we were making a list of all the fabrics we could make samples out of. Denim and twill were the obvious choices but when we started talking about linen and Tencel, I really got excited. I have an old RTW flight suit I bought back in the early aughts that is made out of reclaimed parachute silk (like from actual parachutes). Every time I wore it out I would get a ton of compliments and I think Heather even took a picture of it at a party once, before I worked for her, when she was just starting up the company. Flash forward years later and we were squealing in the studio at all the fabrics we could make jumpsuits out of! So fun. We all know Tencel can be a bit of a tricky animal so I wanted to give you a few tips for making a swishy Blanca for yourself. 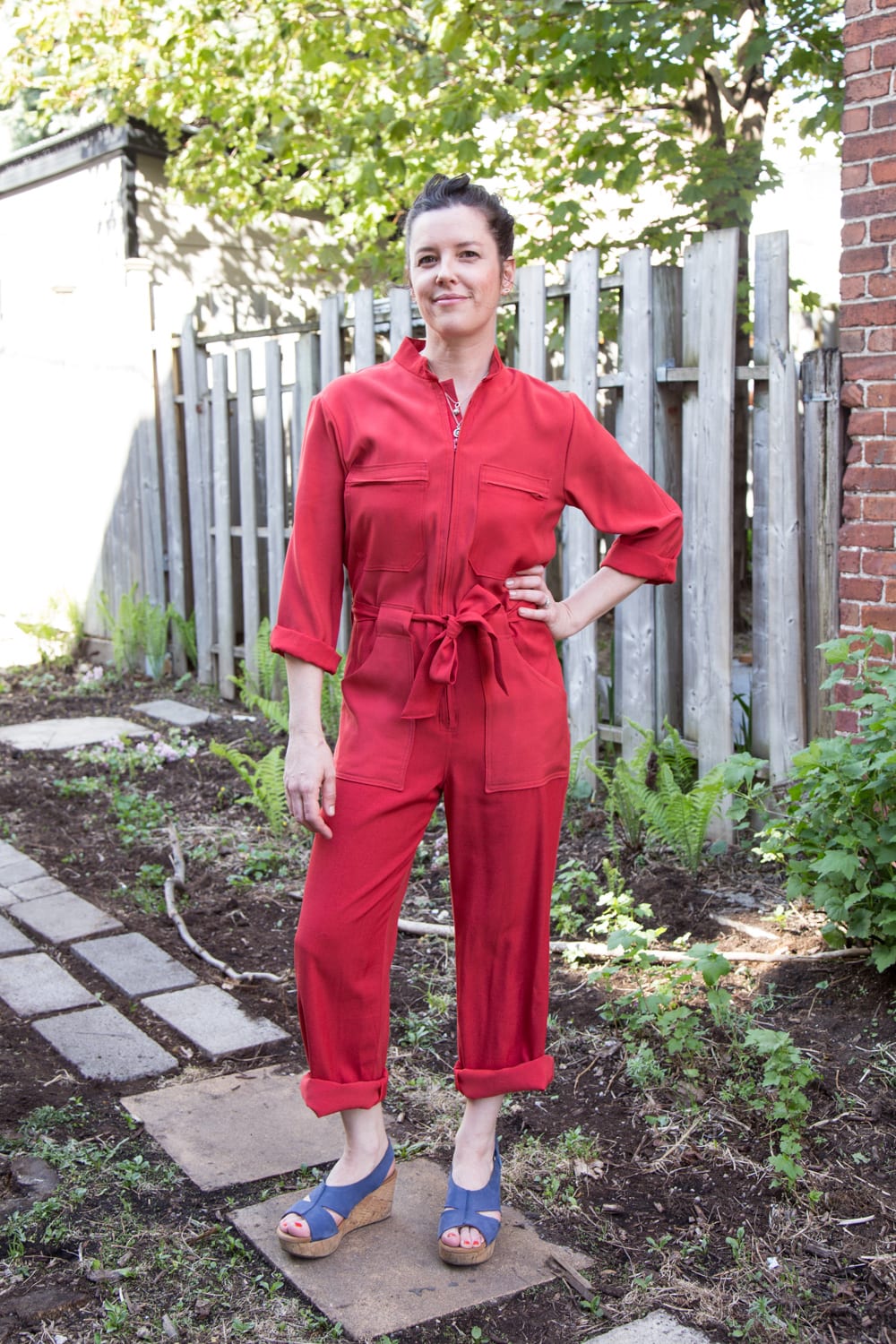 The other thing I wanted to try on this version is the band collar. This is the pattern piece from the Kalle Shirtdress and with a little bit of tweaking it fit on here without any adjustments. I stay stitched the heck out of the neck hole and measured to make sure it would line up. I finished it following the instructions for the Kalle but did a little hand sewing to get it to blend perfectly with the zipper facing. 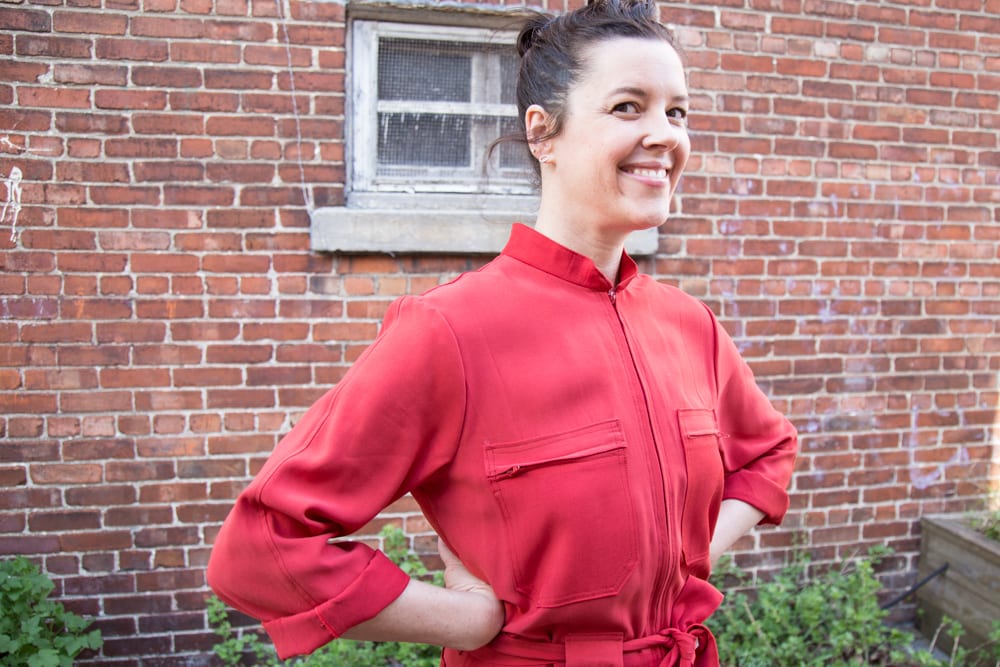 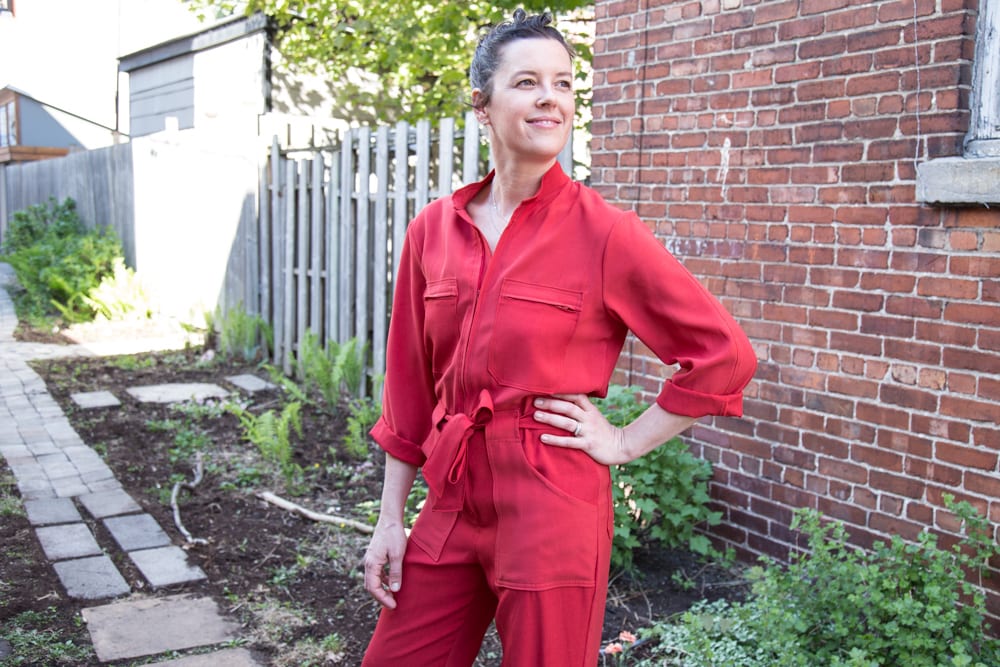 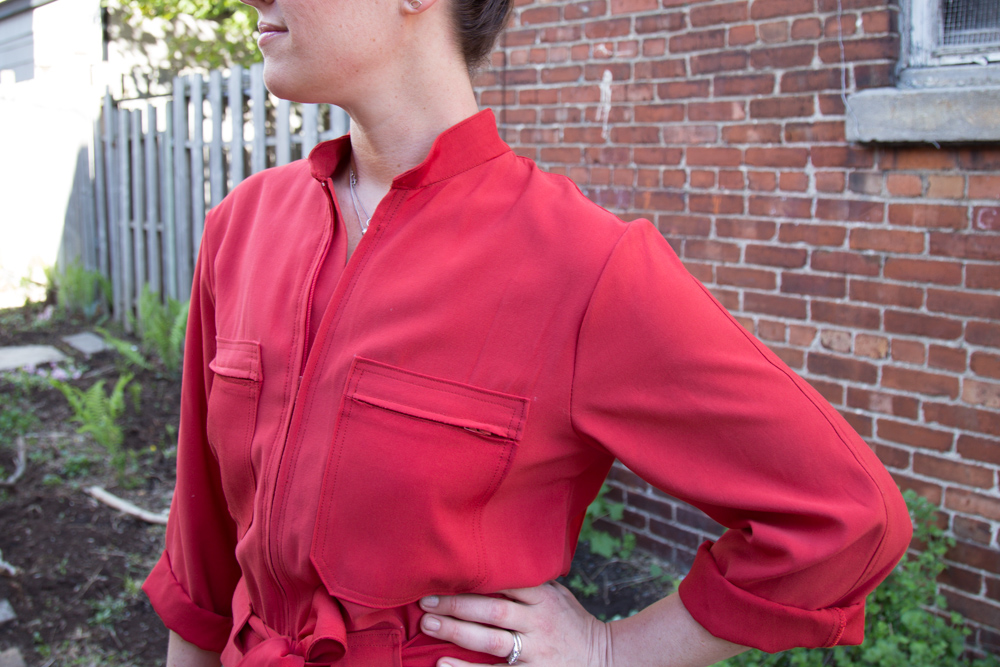 The main adjustments I made for this version were stabilizing. I used a fairly beefy interfacing on the collar, waistband and the tops of all the pockets. I was concerned they might gape and stretch out when sewing so I used about one million pins as well as doing those little triangles on the top corners of the pockets when doing my topstitching. Tencel is pretty shifty so don’t skip any steps when hand basting in your zippers or pinning your seams. I took my time with topstitching and made sure I wasn’t pulling or stretching anything. Rippling seams are somewhat inevitable with Tencel but you can minimize this by really letting your machine do the work. DON’T RUSH. I also used the lightest weight zippers I could find, which were plastic. A chunky metal zipper is just too heavy for this drapey fabric and would have pulled everything down. 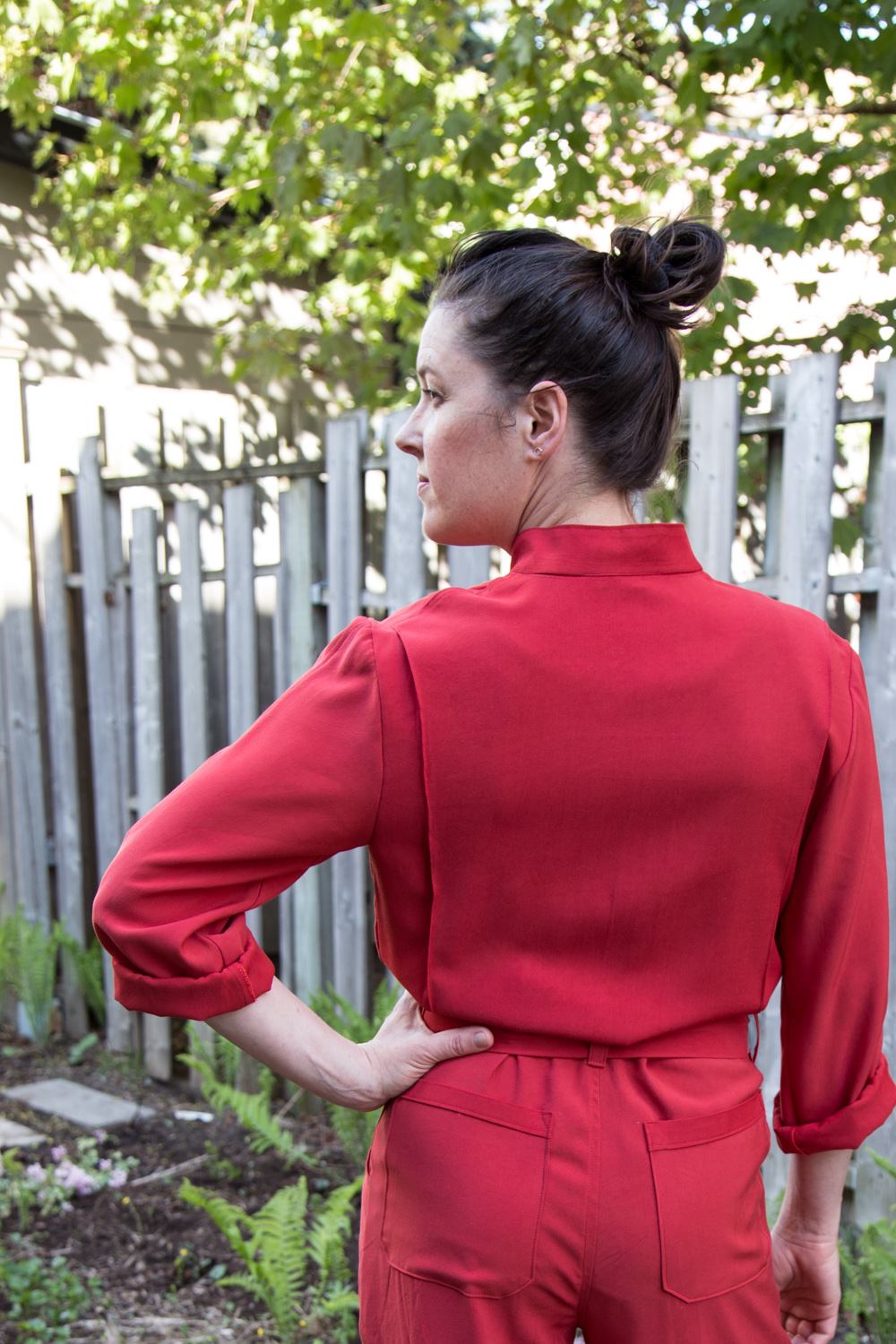 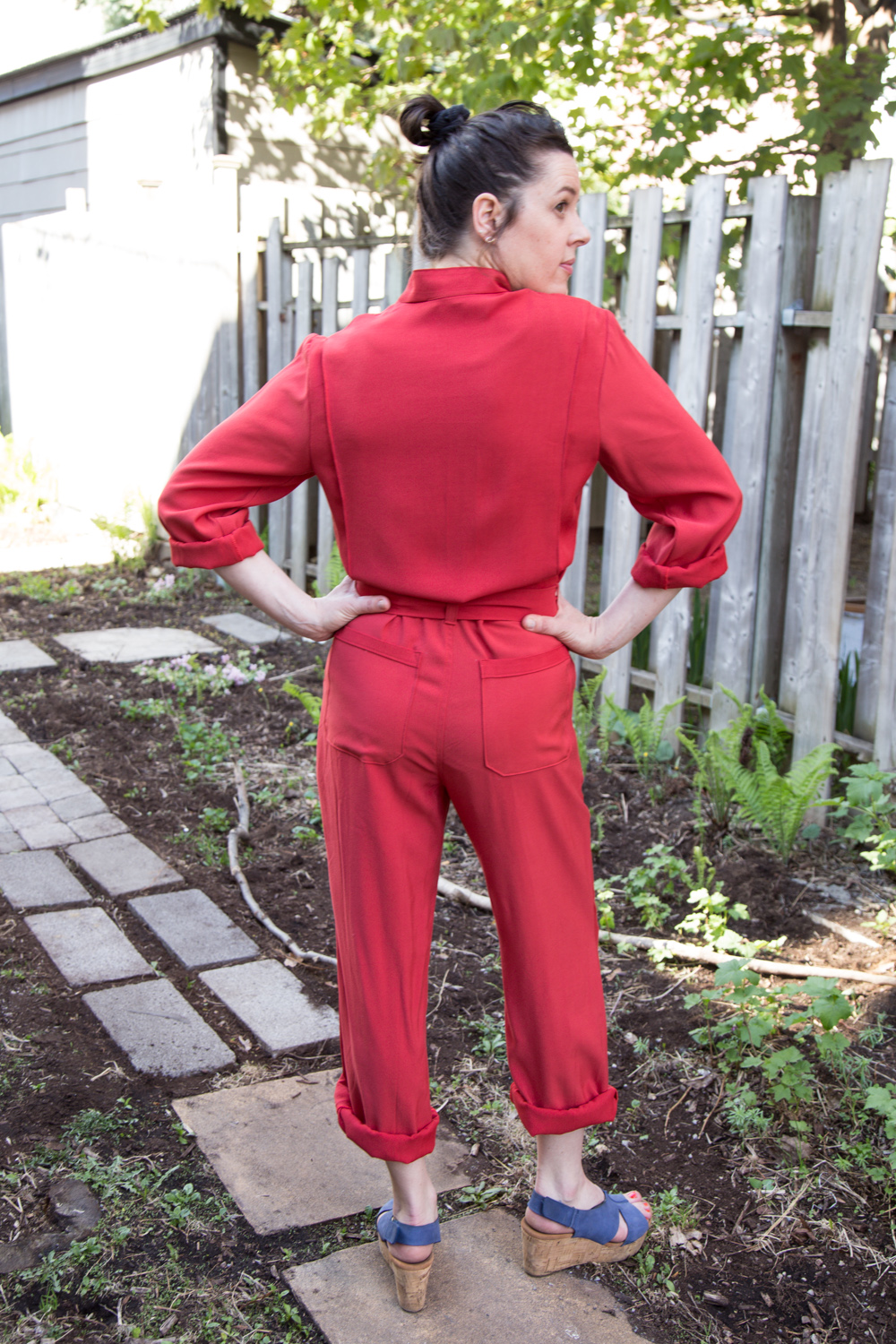 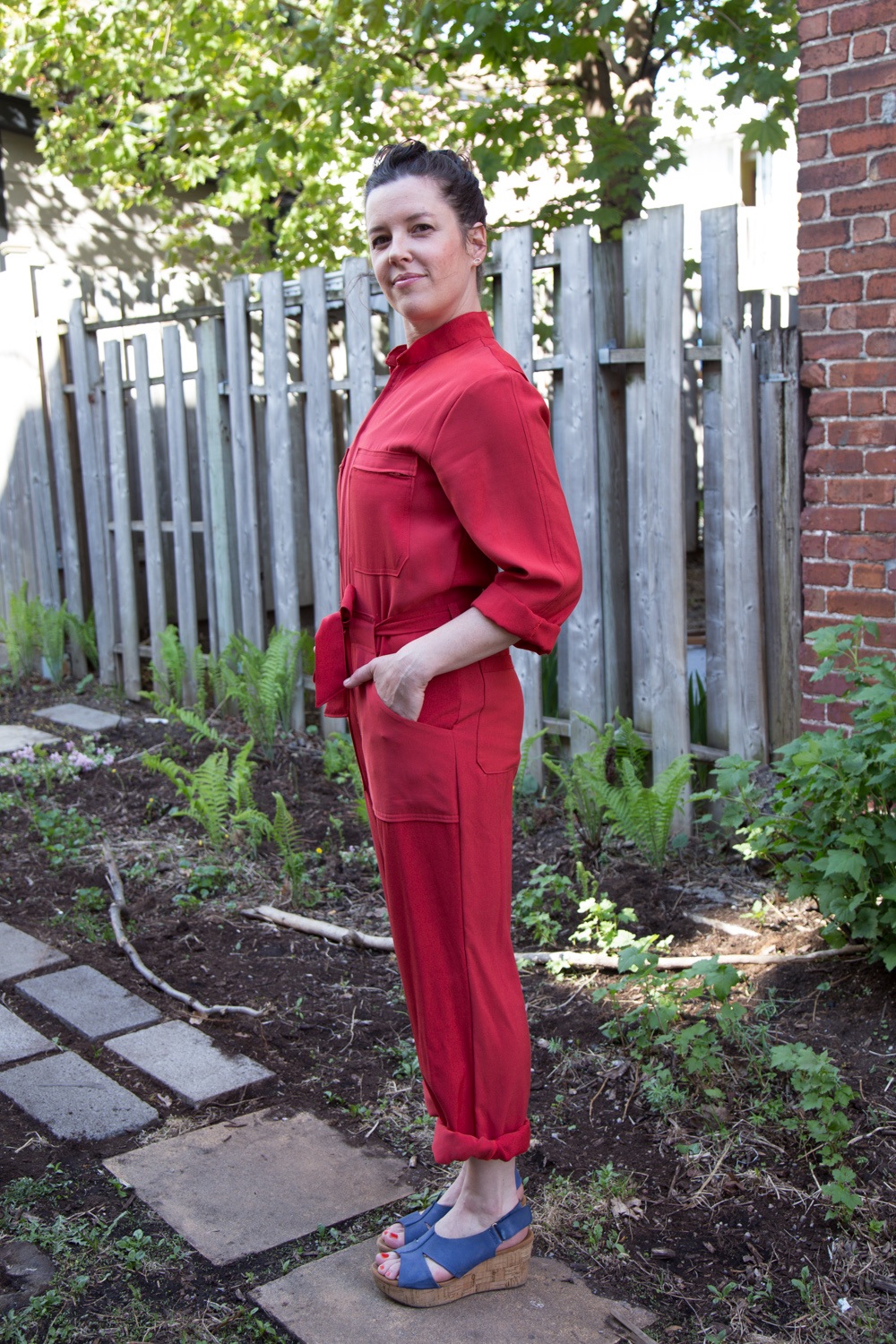 I also sized up a bit for this version (my canvas version was an 8 and this was a 10). I didn’t want the fabric to pull when I was sitting down and I think it looks better with a little drape. 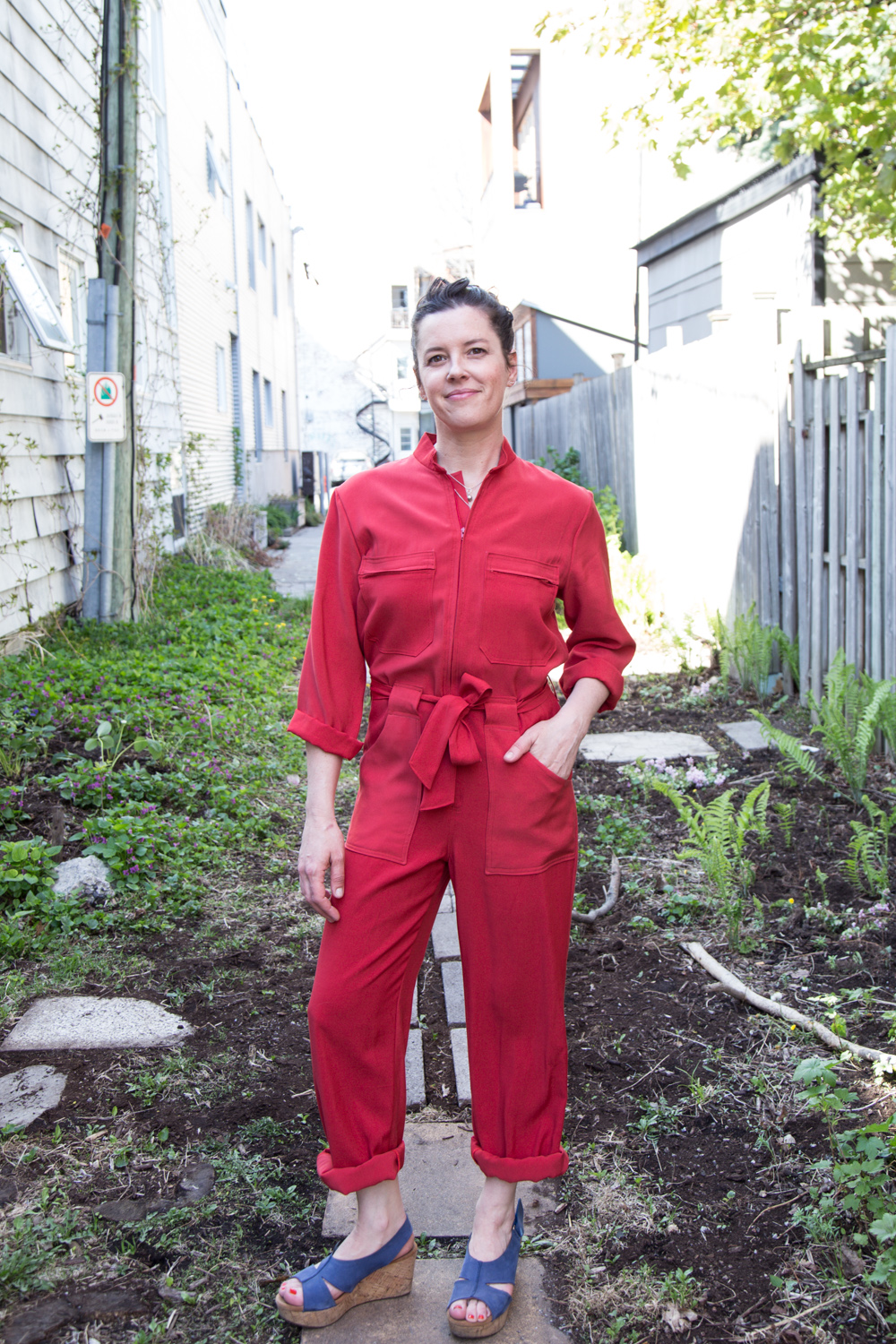 I love the 80’s vibe of this flight suit. I could see this on the patio at Studio 54 and it makes me feel a bit like a Miami Vice extra. (For any Millenials reading this Miami Vice was a surprisingly dark cop show that was mainly about cocaine and wearing T-shirts under blazers.) ANYHOO, I highly encourage you to make a million versions of Blanca because each fabric choice dramatically changes the look and feel of the style. I cannot wait until we get to go out again because this one needs to get sweaty on the dance floor! 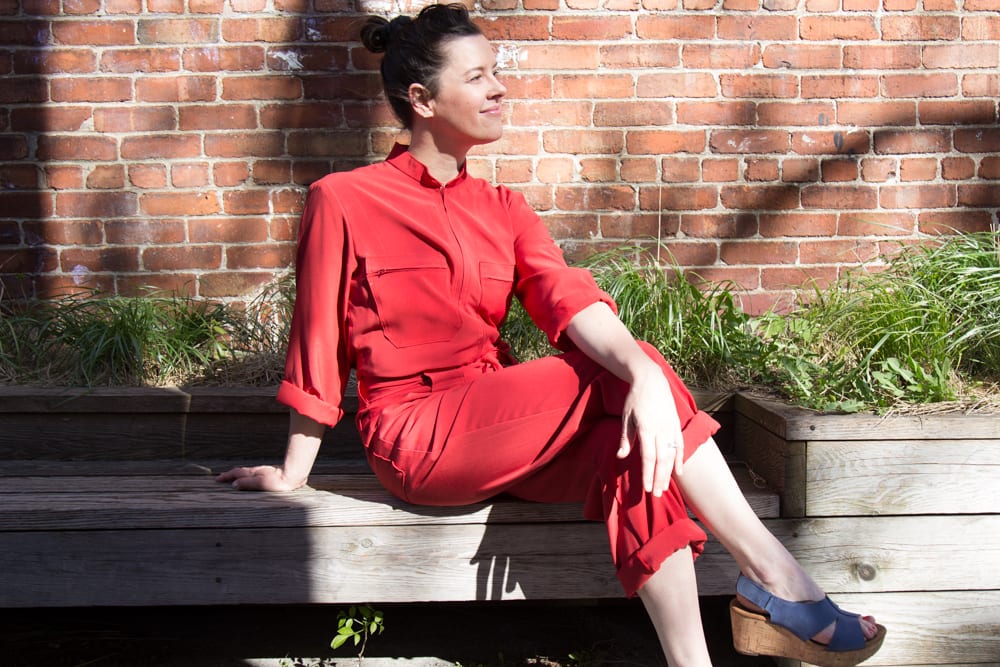 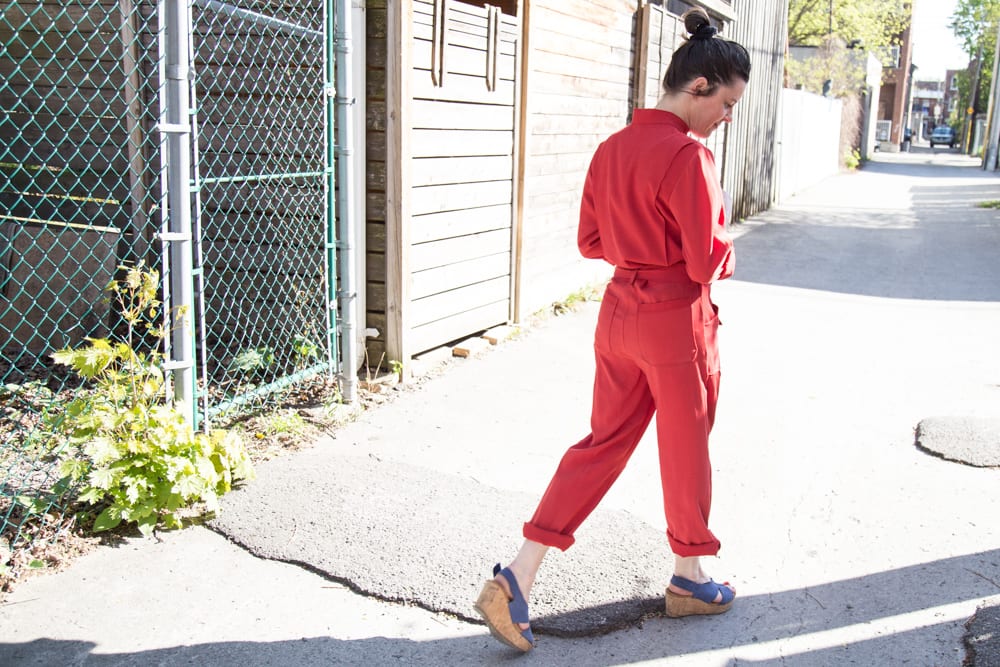 Whaddya think? Is a silky Blanca in your future? 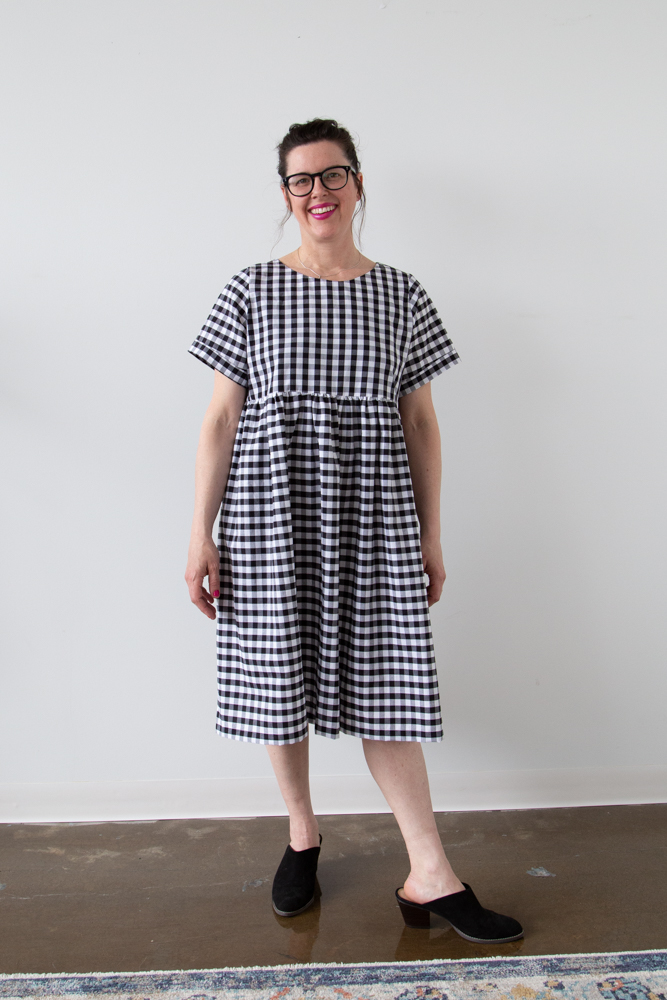 A Cielo Dress Hack for Spring! 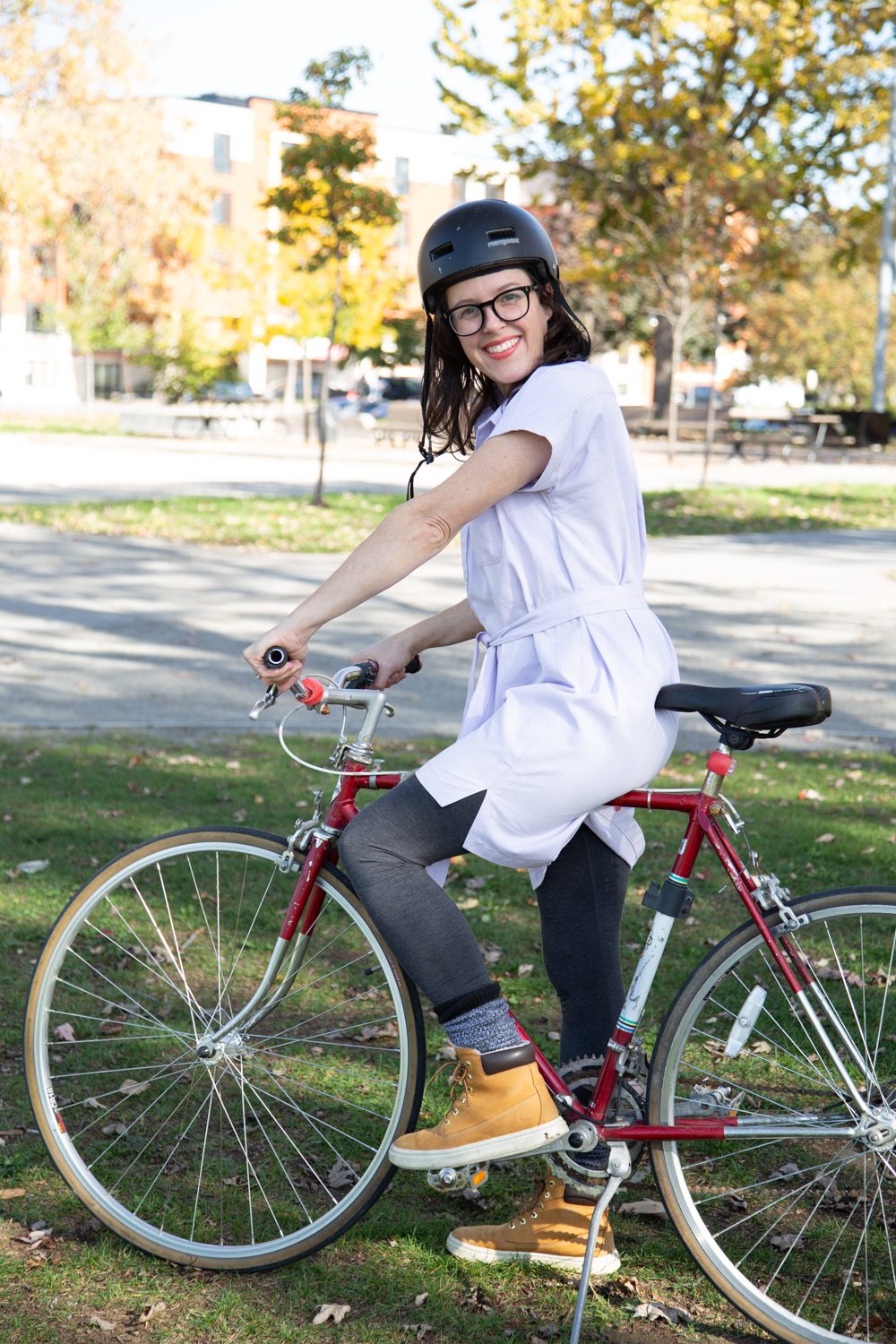 A Kalle Shirtdress Converts into a Bike Dress! 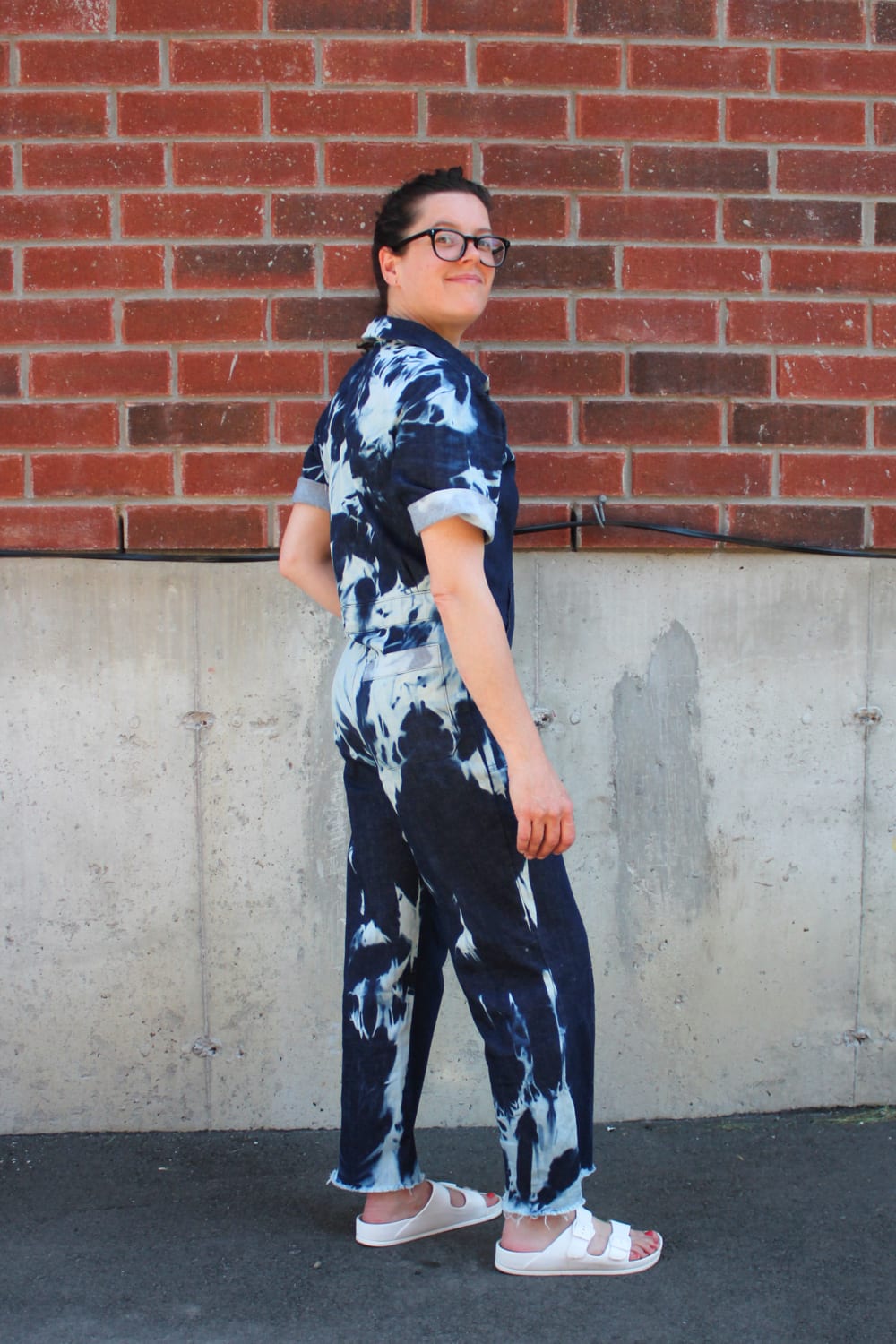 A Bleach Dyed Blanca with Snaps!